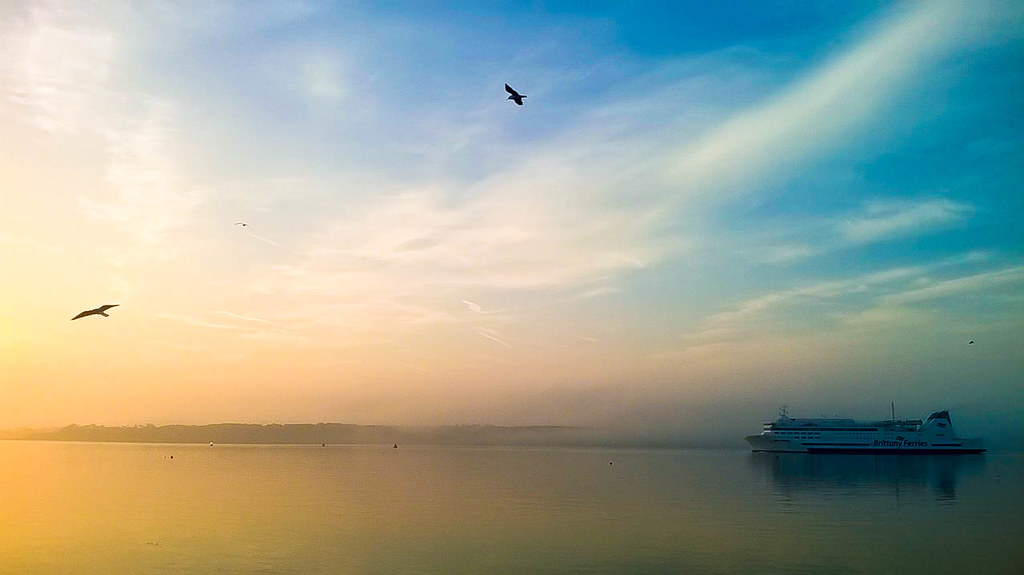 When I moved to England, more than 5 years ago, I first got the chance to discover the countryside and then London. I moved into a quiet town, on the South West Coast, surrounded by some of the most stunning views I have ever seen in my life. Every morning I would wake up, look on the window and admire the sea, overlooked by the Purbeck Hills, bathed in the golden light of the sunrise. Every morning, at 8:30, the still sea inside the bay would be broken by the ferry leaving the harbour, on its way to France, only to return each night. And so, weekend after weekend I started to organise day trips to different parts of England, to discover its green and diverse countryside. It might rain a lot here, but this is one of the reasons why the country is so green.

Having this in mind, today I decided to tell you about my favourite 3 day trips to take from London, taking in consideration a relatively short traveling distance. 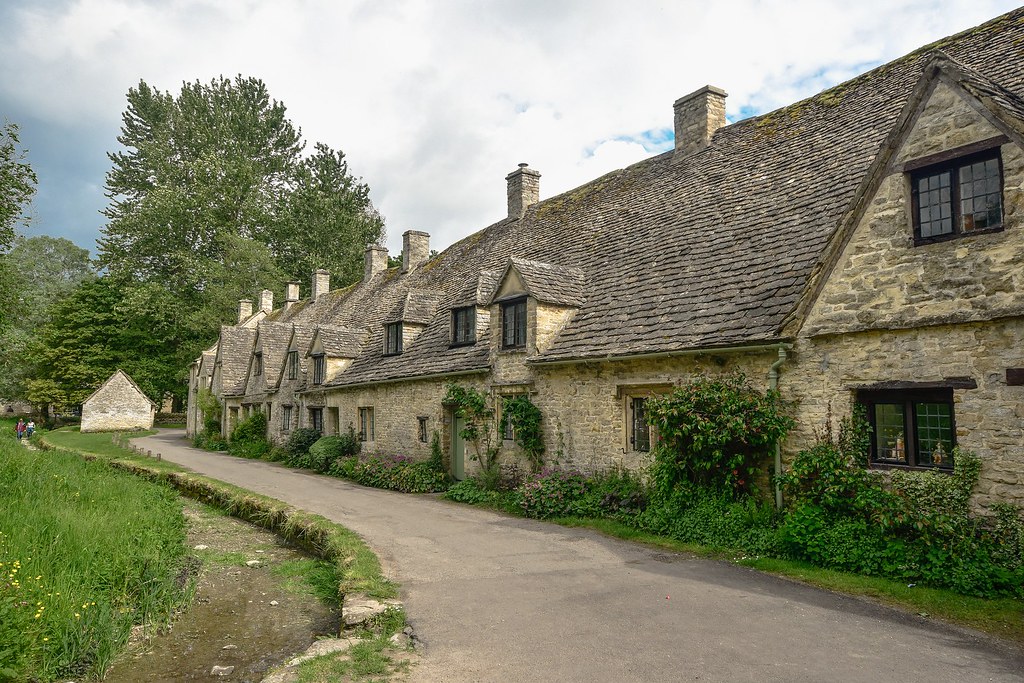 Probably my first choice of a day trip from London would be the Cotswolds, the second largest protected landscape in England, after the Lake District. You can get there by train going to either Bath, Cheltenham or Gloucester. From Oxford you can take a day tour easier as there is a dedicated service called the Cotswolds line which passes through some of the villages. The buses between the villages are not that frequent and so I recommend hiring a car to have the freedom of exploring more. If you do want to travel by public transport check out the £10 Discoverer One Day Pass which allows you to unlimited trips in the area and check out the buses schedule here.

What makes Cotswolds special is the unique landscape of rolling hills and villages built out of yellow oolitic Jurassic limestone. The scenery is of a spectacular beauty, especially when the weather is sunny, and you can notice the honey and golden shades of the buildings.

My favourite village in the Cotswolds must to be Bibury, which I have seen many times mentioned as one of the most beautiful in the world. Arlington Row is the famous landmark of the village, a thirteen-century wool store converted into a row of cottages for weavers. It has been featured in many famous movies like Bridget Jones’s Diary or Stardust. In fact, the entire area of the Cotswolds has been used many times as a movie set due to its outstanding beauty, some of the most known being Pride and Prejudice, Harry Potter, Braveheart and Downtown Abby.

Bibury also has a trout farm which sells homemade goodies in their local tiny shop. If you feel adventurous you can visit the farm, catch your own fish and BBQ it on the premises, a great idea for a family picnic. 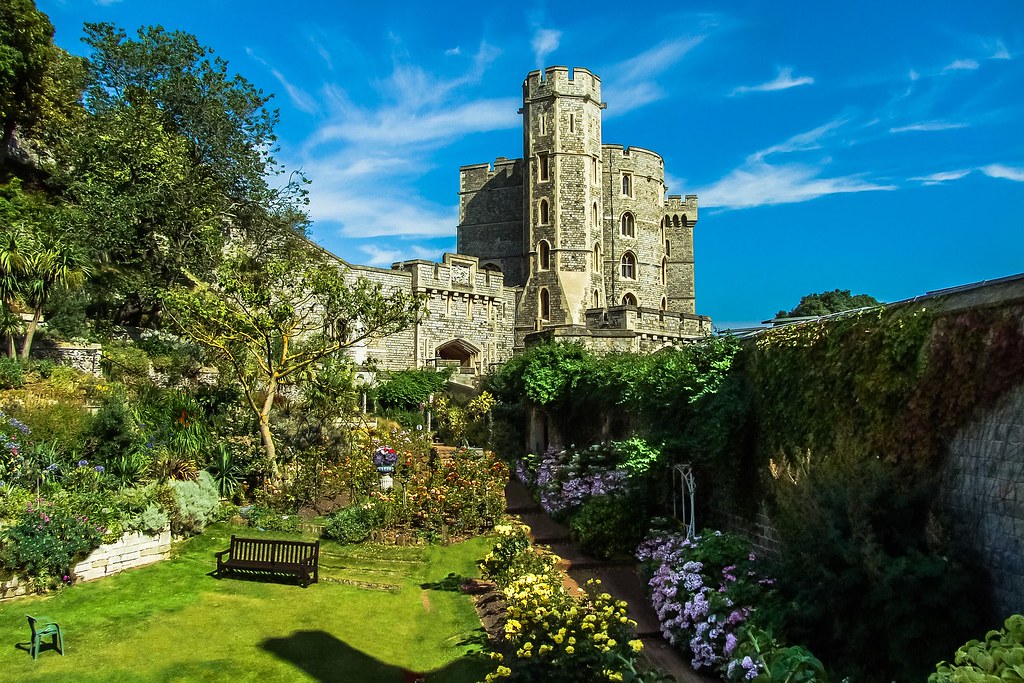 A trip to Windsor makes a wonderful day out. Get there in 40 minutes by train or just under an hour by car (depending on traffic). Train travel in the UK is notorious for being on the expensive side, but you can find cheap tickets on Goeuro from 12 euros each way.

Or, if you have already brought a London Pass (which I recommend doing to save on attractions in London), your train travel is included in the price.

When you get to Windsor, your first stop is going to have to be Windsor Castle.  If you are travelling by train you’ll want to get off at Windsor & Eton Riverside, from there it’s just a few minutes walk.  The castle is one of the oldest & largest castles still occupied today, the Queen still visits Windsor Castle on some weekends.

Check for the Royal Standard Flag on your visit to see if the Queen is in residence. You’ll probably want several hours at the castle, there is a lot to see and do as well as a lovely cafe and shop.

Make sure you leave the rest of the day for exploring Windsor a charming town with plenty to see and do.  England’s most famous College, Eaton is also worth a visit. Founded by Henry IV its schooled the Princes, as well as politician David Cameron and writer Ian Fleming, to name but a few well known names. 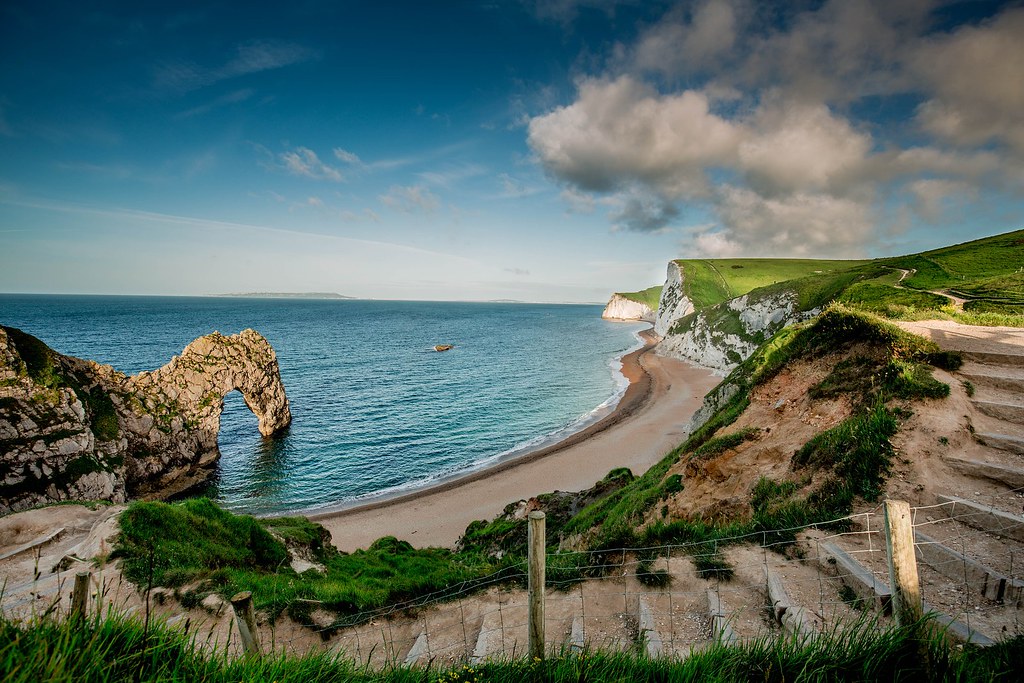 Situated only 2 hours away from London by train, the Jurassic Coast, one of the 26 UNESCO World Heritage Sites in the country, is the most spectacular scenery that the South of England has to offer. Getting here from London is very easy, with a direct train to Poole or Weymouth.

The most accessible part of the Jurassic Coast by public transport is the Old Harry Rocks, a cliff that was once connected with the Needles of the Isle of Wight. Time passed, and the long stretch of chalk collapsed into the sea under the force of nature, all we have left today being the two structures. The local legend says that the rocks were named after Harry Paye, a famous pirate from Poole celebrated in the town each year in June. If you are planning a trip in the first month of summer, you might want to check out the dates as it’s quite a joyful festival that lasts for the entire weekend!

Another point of interest on the Jurassic Coast is Durdle Door, a spectacular natural limestone arch in a secluded bay. To reach Durdle Door you have to hike the coastal path either from Lulworth Cove (the most popular village with a huge parking lot) or from the camp site located on top of the cliff. Either way, it’s still a good, quite demanding hike but the views are definitely worth the effort. The public transport to Durdle Door is very limited, with only two buses a day to Wool and back. My recommendation is to join the only organised bus tour currently available from Bournemouth and Poole, which gives you three hours to explore the natural sight by yourself. The price of the service is only £22/adult.

Which of the three destinations is your favourite and which do you want to visit first?

Disclaimer: Please note that this post has been written in collaboration with Goeuro.

62 thoughts on “3 Day Trips To Take From London”