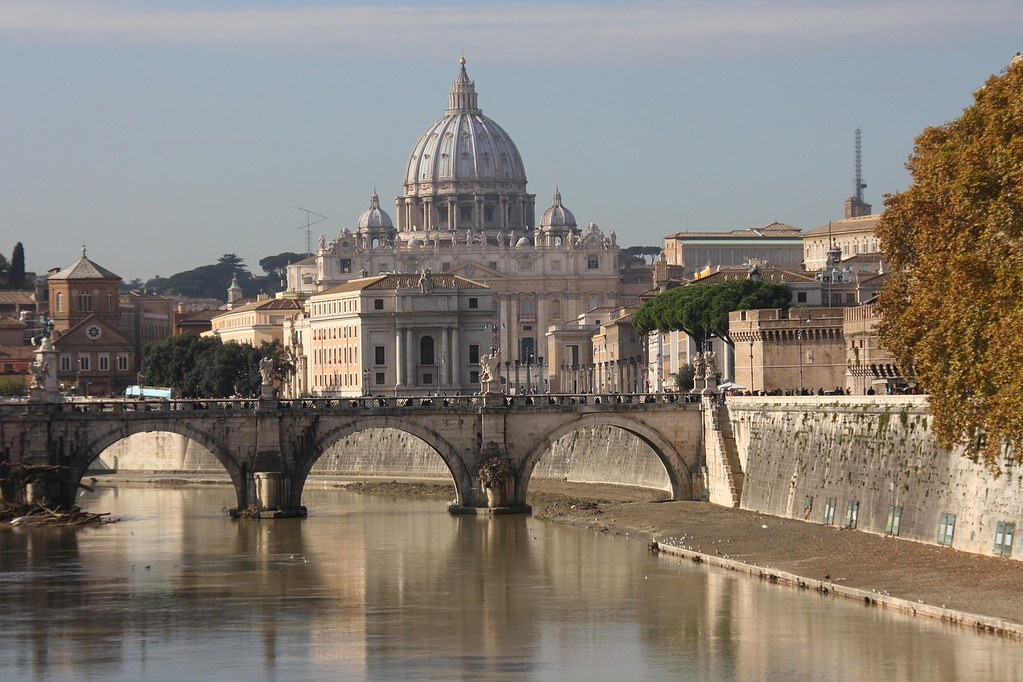 There’s probably enough things to do in Rome itself to last you a lifetime, however if you are spending more than a few days in the eternal city there’s lots of cool stuff and spectacular scenery to explore in the surrounding area too. So simply choose the best place to stay in Rome and make use of Italy’s excellent public transport systems.

Here are 9 awesome day trips from Rome, how to get to them and the best things to do there.

These beautifully preserved ruins, less than half an hour journey away from Rome, are a lot like a smaller version of Pompeii. Located along the mouth of the River Tiber, Ostia was ancient Rome’s port city, but due to silting now actually lies 3km from the sea. Abandoned in the 9th century, you are completely free to wander around the excavated sites, exploring the old buildings and intricate mosaic designs. 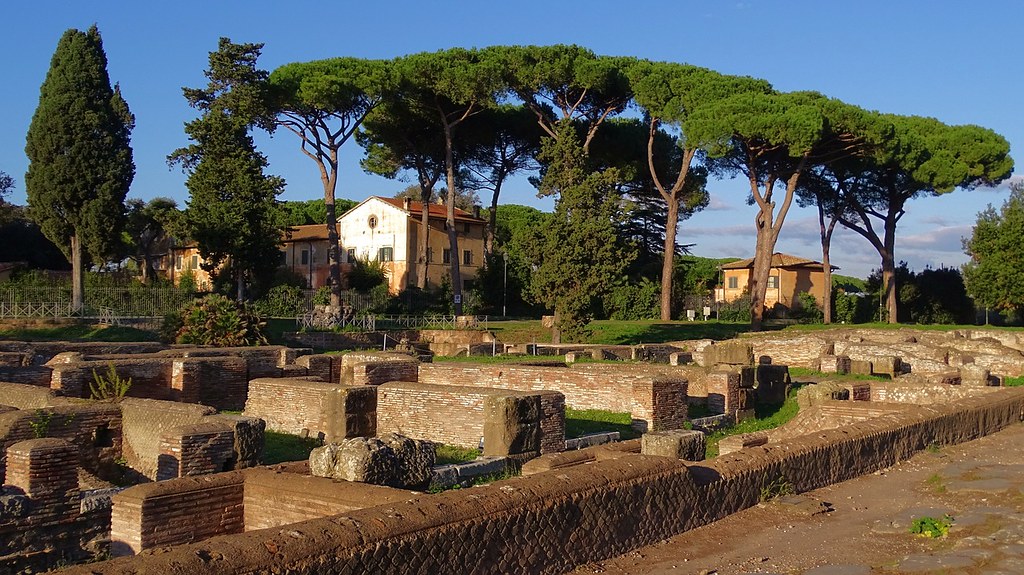 There’s an amphitheatre, restaurants, baths, bars and even a brothel. Options are available for personal guides or audio guides to learn more about the function and history of the city. To get there, take the metro line B to the Piramide stop and follow signs to the Roma Porta San Paolo train station. From there you can jump on a Lido train and get off at Ostia Antica. Then walk up the stairs, over the bridge and straight ahead you’ll spot the ruins.

This picturesque town is no more than an hour away from the city of Rome and has not one, but two stunning UNESCO world heritage sites. Your first stop should be Hadrian’s Villa, a sprawling complex of 30 ancient roman structures providing you with a glimpse into a bygone lavish Rome. The 250 acres of palaces, libraries, theatres and baths connected by marble pavements will leave you in awe. 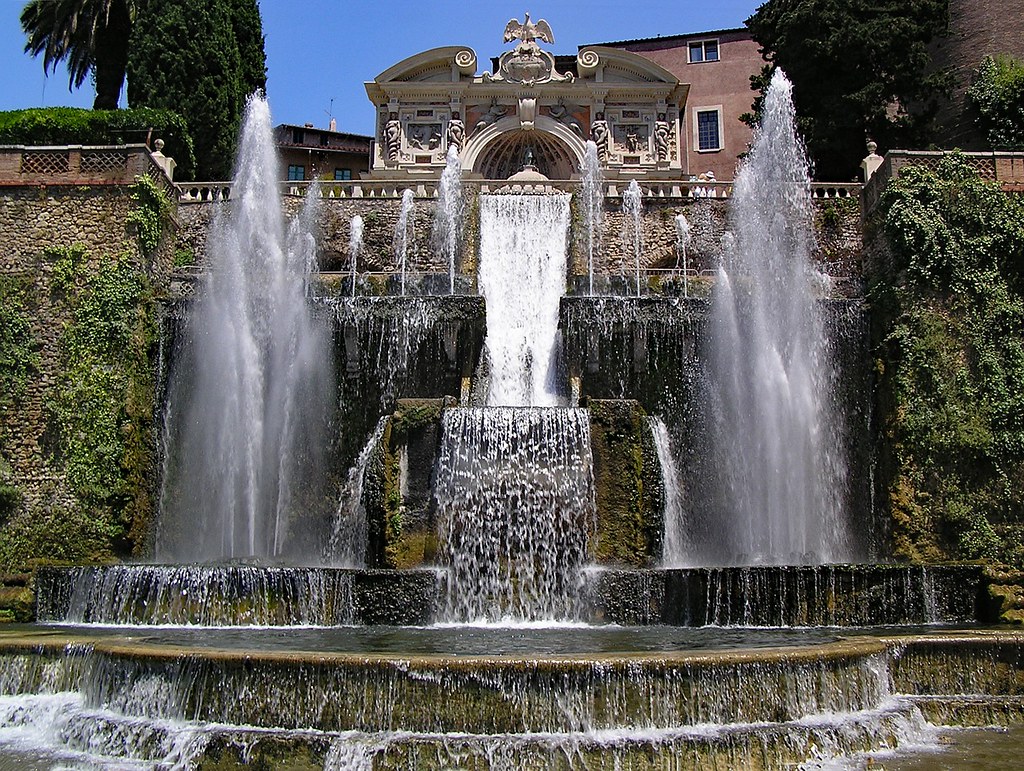 Your next stop is the gorgeous house and extraordinary gardens of Villa d’Este. Wander around the winding maze like paths of the grand formal gardens and prepare to be captivated by the hundreds of majestic fountains and statues. To get to Hadrian’s Villa hop on a regular Cotral bus from Ponte Mammolo metro station, then from Largo Garibaldi in Tivoli historic centre catch a local CAT bus or 4X for the few minutes ride to Villa d’Este.

Just 20km from Rome are the vibrant green Alban Hills, amongst which lie 13 pretty towns collectively known as the Castles of Rome or Castelli Romani. Probably the most well-known is Frascati, which is famous for its delightful white wine and porchetta (herbed spit roasted pork). The grand Villa Aldobrandini and the small museum, Scuderie Aldobrandini, running through the history of the area are worthy of your time. 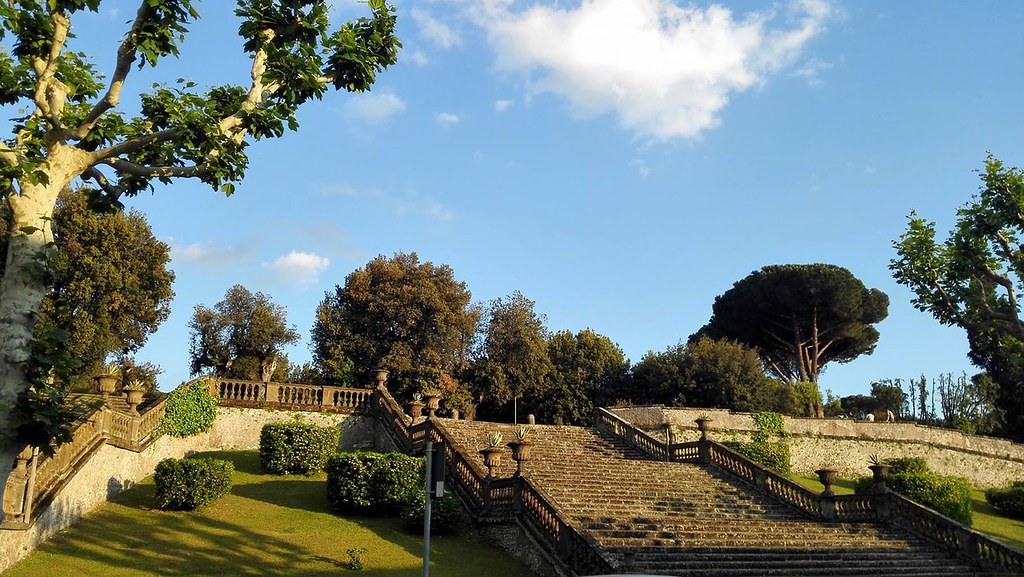 Castel Gandolfo with its dreamy views over crystal clear Lake Albano is a favourite town of many and also the home of the Apostolic Palace, the summer residence of the Pope, which has recently just opened for public viewings. There are direct trains that serve both Frascati and Castel Gandolfo on the Albano Laziale from Rome Stazione Termini and the journeys take around 30 and 45 minutes respectively.

The site of Necropoli di Banditaccia in Cerveteri is another UNESCO world heritage site and is rather unusual. Otherwise known as the haunting city of the dead, thousands of grass topped tombs called tumuli are organised in a city like grid system stretching over more than 2km. An interesting insight into the ancient Etruscan culture, the most powerful society in pre-roman history, each tomb in the dead city is designed as a house with furnishings and several rooms. 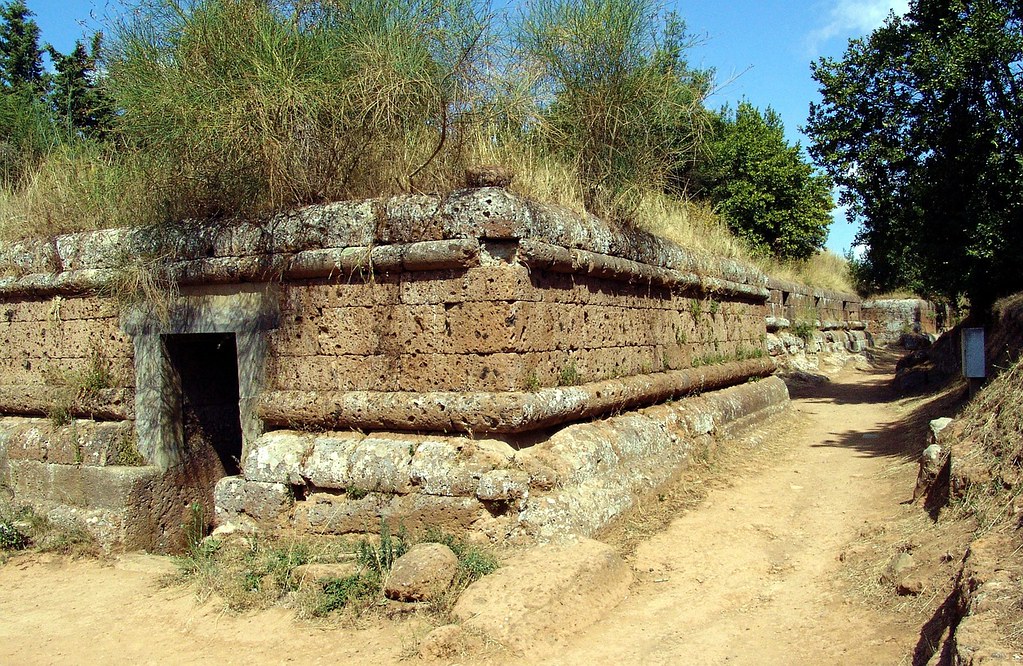 These resting places were apparently a way for aristocratic Roman families to show off their wealth and ensure the highest quality of afterlife for their loved ones and many were found with an abundance of riches inside. To get there only takes around an hour and it’s a simple journey on a regular Cortal bus from Cornelia metro station.

This charming clifftop town situated halfway between Rome and Florence is one of the oldest settlements in Italy and is a very popular day trip from Rome. Above the medieval streets are fine restaurants, the magnificent Orvieto Cathedral and outstanding views from the Torre del Morro clock tower. But down below is a 3,000 year old elaborate labyrinth of underground tunnels built as escape routes for nobility back in the day. 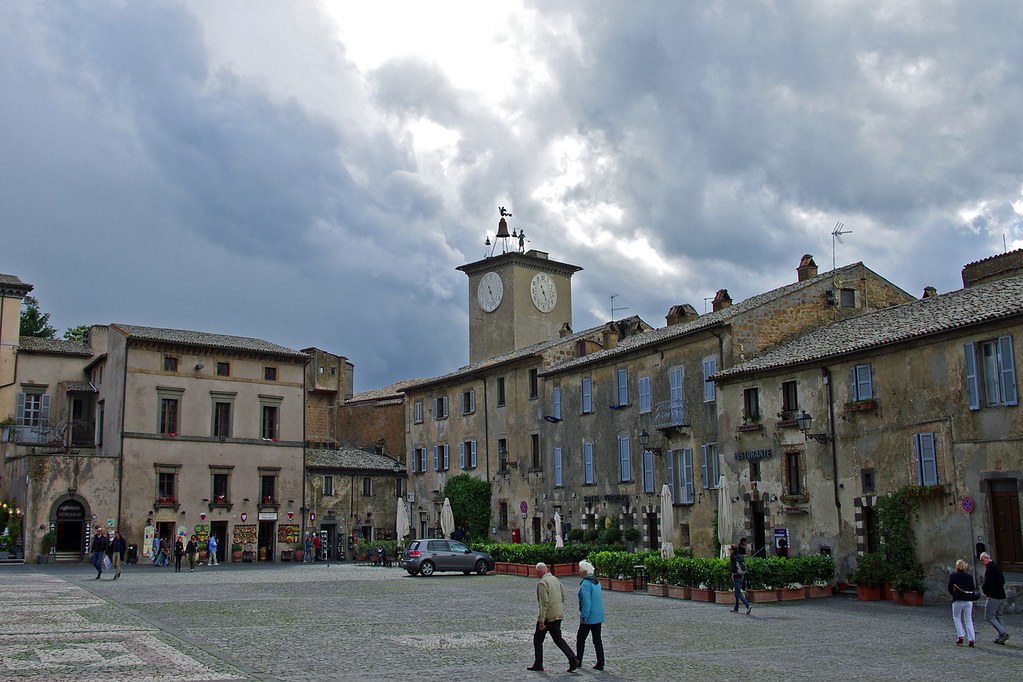 Endless tunnels, huge rooms, wells and even stairs take you on a underground ancient adventure right into the heart of a fascinating period in Italy’s history. A regular train from Rome Termini will take around an hour and a quarter, then you will just need to take a funicular up to the town on the hill where Orvieto is located.

If you’re heading to this region of Italy and don’t have plans to visit Pompeii, quite frankly you must be crazy. It’s just one of those things you have to do and although it’s a long day, it’s perfectly possible on a day trip from Rome. Frozen in time by a volcanic eruption in 79AD, in this city you will see what remains of 2,000 year old shops, restaurants, public baths as well as important political and religious sites. 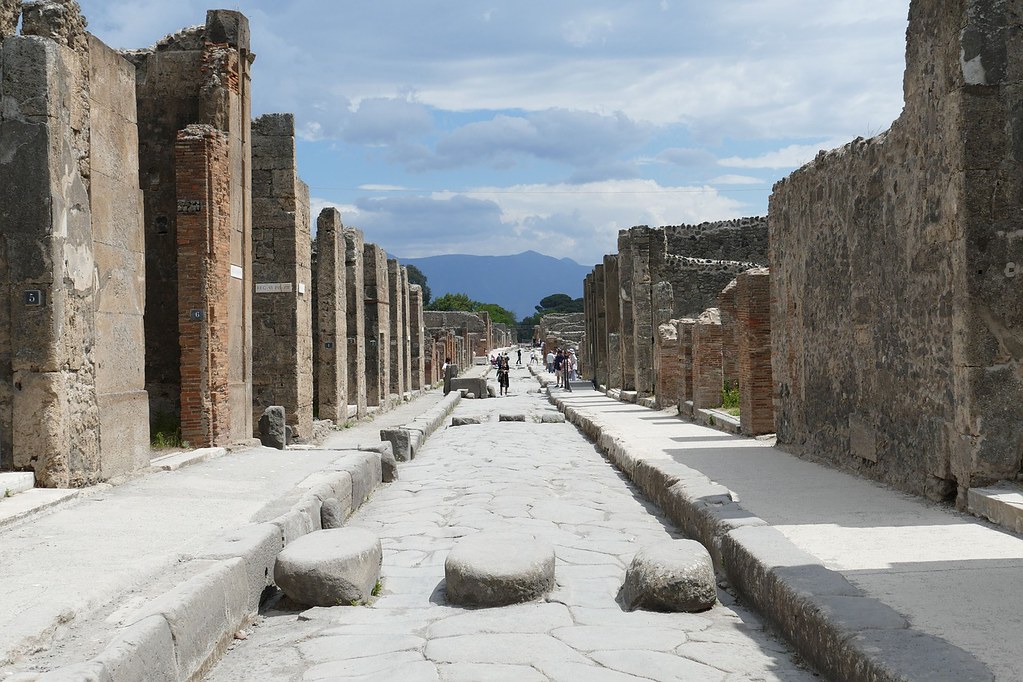 The city is massive and is best explored over a whole day. Be sure to check out the Forum, Lupanare and the amphitheatre. Within the cities ruins are also plaster body casts of the actual residents of Pompeii who died there doing the catastrophic tragedy. Take the fast train to Napoli Centrale in Naples from Stazione Termini in Rome, then a Circumvesuviana train to Pompei-Scavi-Villa dei Misteri. The journey should be around 2 hours.

This energetic and exuberant city, a short train ride from Rome, is a window into Italy’s grittier side. A visit here is all about experiencing brilliant art, divine pizzas and magnificent architecture. Definitely one for the art lovers, contemporary, urban, ancient, renaissance, you name it, Naples has it. At nearly every turn in this larger than life city you’ll be awed by the city’s imposingly lavish churches. 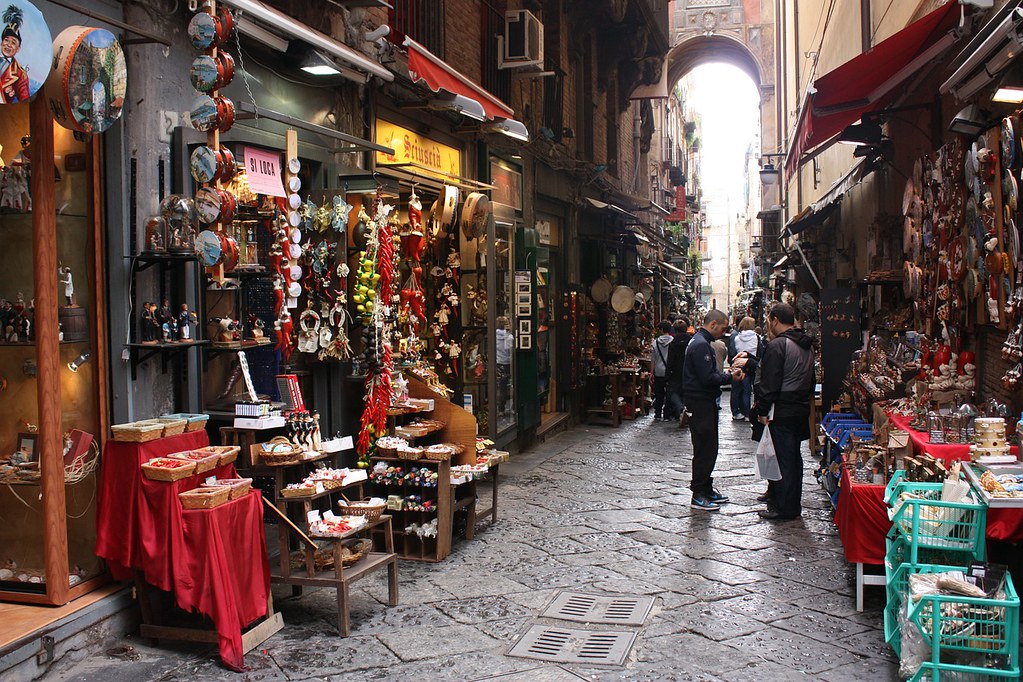 Then there’s the pizza, oh the pizza. Be prepared to pack on a few pounds. If you do need a break from the chaotic an intense vibes of Naples you can always take a walk along the calmer pedestrianised seafront promenade. There are two fast trains that run to Naples, both from the Rome Termini, the main train station. There’s the cheaper, but less frequent, privately owned Italotreno trains and the Trenitalia national rail network. Both take just over an hour.

The Renaissance capital of Italy, Florence is consistently up there with the favourite day trips from Rome. It’s great to explore for a longer period, but if you are short on time, the day trip it is well worth the effort. Take a fast and direct AV train before 9am from Rome Termini station, it’s an hour and a half journey. You will need to book tickets and reserve seats in advance and should also buy tickets online to some of the more popular attractions so you don’t waste time queuing. 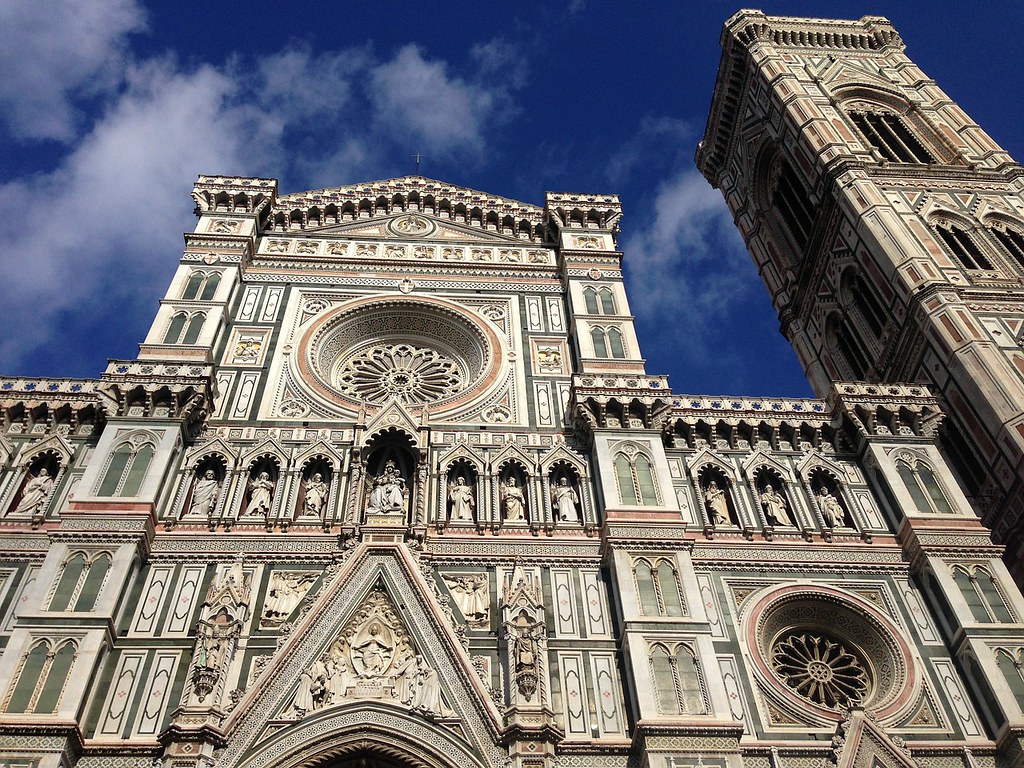 Prioritise the sights of the Duomo, Campanile and Battistero di San Giovanni in Piazza del Duomo and Palazzo Vecchio in Piazza della Signoria. Galleria degli Uffizi and Galleria Academiei are fabulous museums and lunch at Mercato Generali is a must. Get your chops around a famous Tuscan steak or a bowl of ribollita, a hearty bean and bread stew. Followed of course by a gelato or two throughout the day.

Jumping on the train from Rome to Naples and then a scenic boat ride across the Gulf of Naples to Marina Grande port will land you on the chic Italian island of Capri. The entire trip should take around 2 hours so make an early start. It’s an adventurous day trip from Rome with a funicular up to the summit of Mount Solero offering breathtaking panoramic views. 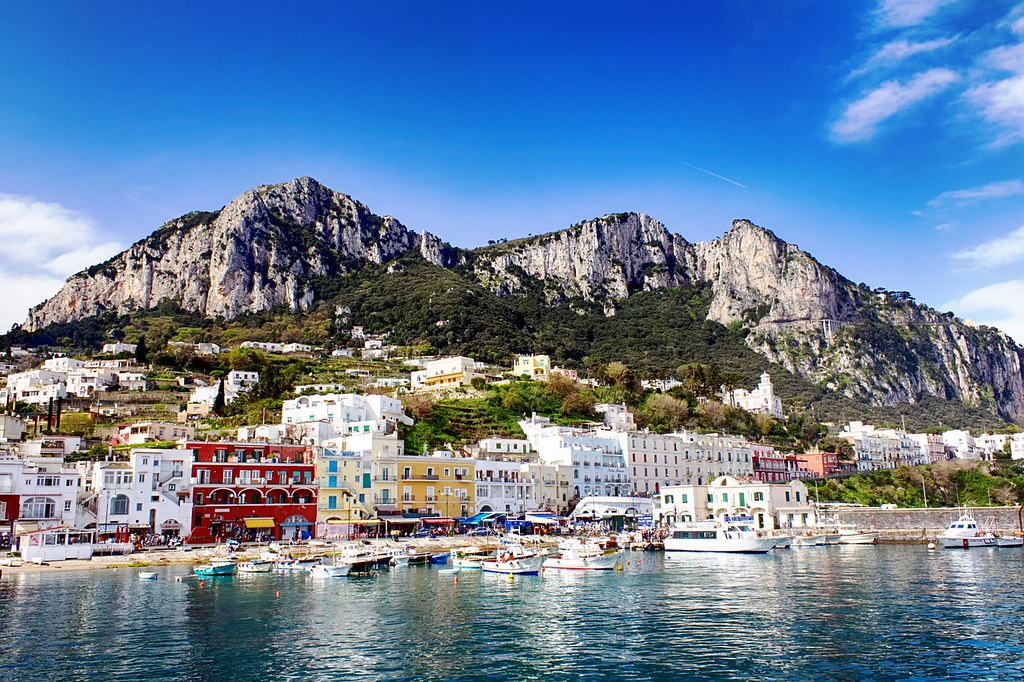 A further short boat ride out to the beautiful Blue Grotto where the sea glows electric blue is also high on the list of activities to do there. For something to eat, head up to the hilltop village of Anacapri and sip Limoncello with more enchanting views of the bay below. If you love gardens Villa San Michele is for you, it’s serene outdoor spaces are like paradise, and San Michele Church with its hand painted ceramic tiled floor is also a lovely treat. 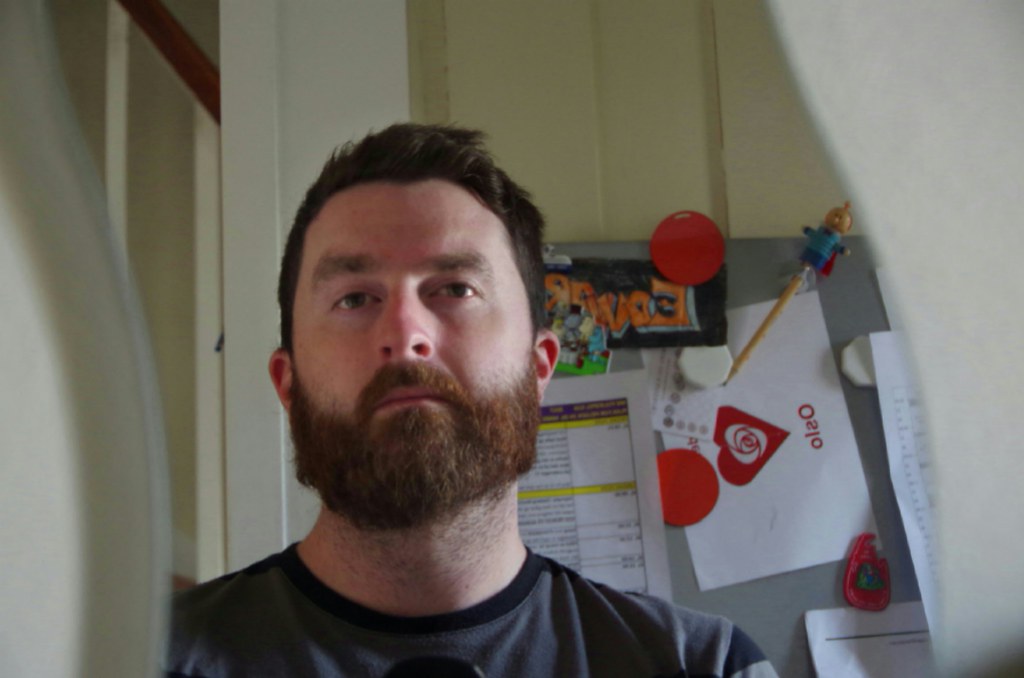 By James and Sarah

James & Sarah of TheWholeWorldOrNothing are full time backpackers and part time thrill seekers. It all started with a conversation about wanting more from life and a desire to travel the world. Now they are living their dream and hope to inspire you to put your fears aside and go follow yours. Follow them on social media to keep up with their journey and awesome travel tips.