At the end of last year I was invited by 365 Tickets to a special visit and a gin cocktail masterclass at the Bombay Sapphire Distillery, hosted by Sam Carter, the company’s Senior Brand Ambassador.

I was very excited when I received the invitation because for a long time I’ve wanted to visit the Bombay Sapphire Distillery and learn more about gin.

The Bombay Sapphire Distillery is located inside Laverstoke Mill, close to Basingstoke and Winchester and it’s very easy to reach with public transport. I don’t drive yet so I went to Basingstoke by train. From there I hopped on bus number 76 towards Andover. The bus stops right in front of the train station and the journey towards Laverstoke is enchanting, on a narrow country road passing through tiny villages inbetween trees. I was lucky as well because the day was warm and sunny, a bit of a change from the usual rain.

I arrived at the distillery earlier than planned so I took my time admiring the grounds before entering the visitor’s reception. I met Sam Carter and he showed me to the Empire Room, a large but private bar where the gin masterclasses take place and where I waited for the other bloggers to arrive whilst having a cup of coffee. The Empire Room is fantastic, starting from the design, with lots of blue elements (and a wall of Bombay Sapphire bottles at the back) to all the spices lying around and the cosy pillows underneath the large windows. 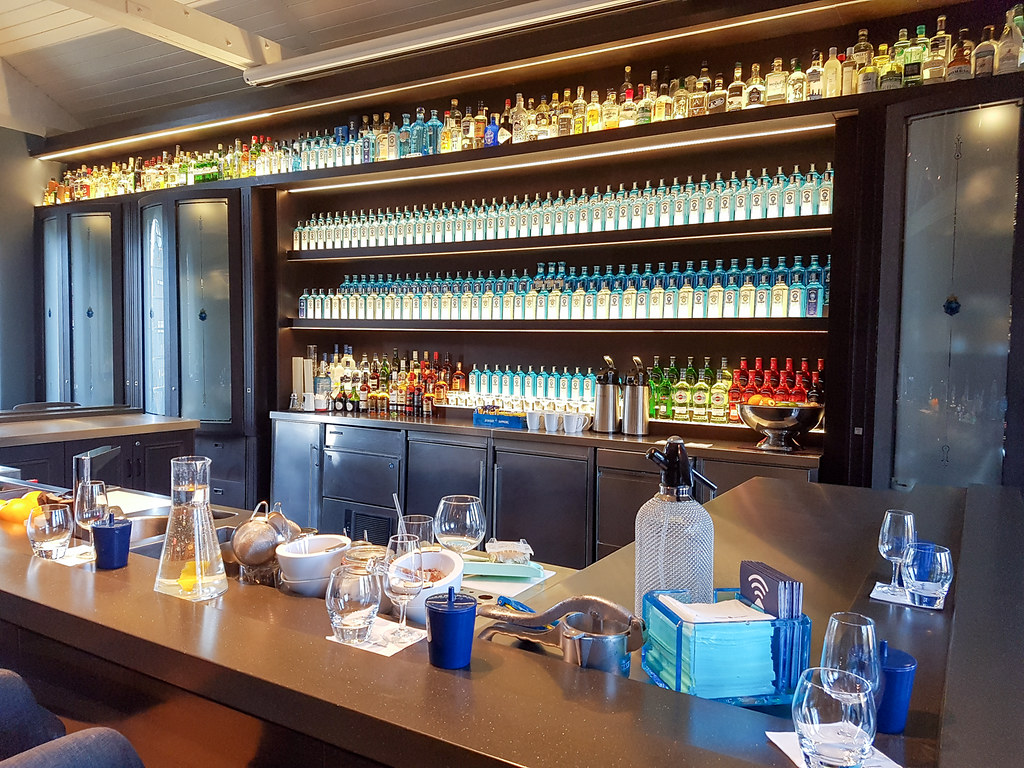 When everyone arrived Sam welcomed us and started off by talking about the different types of gin. That´s how I found out that Bombay Sapphire is a London Dry Gin and that this type of gin doesn’t have to made in London in order to have that name. For a gin to be considered London Dry Gin, it has to obtain its natural flavour through re-distillation in traditional stills and it has to have at least 37.5% ABV. Bombay Sapphire is produced by a method called Vapour Infusion which means that the botanicals are put in a basket on top of the stills through which the spirit vapour passes and gets infused with their flavours. This method gives the gin a lighter and more floral flavour. The recipe for Bombay Sapphire contains the following botanicals: juniper seeds, coriander, almond, lemon peel, liquorice, angelica, cassia bark, orris root, cubeb berries and grains of paradise. 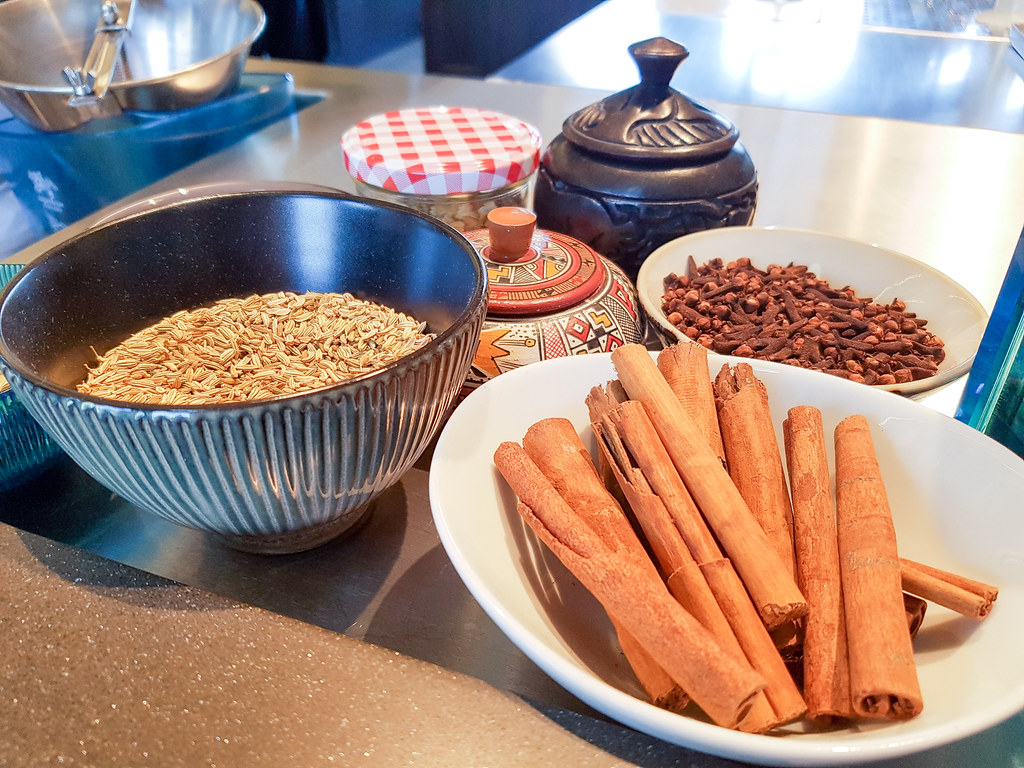 Sam is very proud about gin and talks with passion about it. No wonder I have learned so much about gin in only a day.
We left the Empire Room and headed outside to hear more about the history of Laverstoke Mill and Bombay Sapphire. We were also given an interactive guide which you can use in different parts of the Distillery to find out more about the place you are in. When you buy it online you can select your language. This way, when you approach an information point, you can hear the story in your own language.

The Mill has a lot of history behind it, going back to the early 900s, where it is first mentioned as Laverstoke manor in the possession of the Abbey of St Peter, Winchester. In the 17th century the Mill started to produce paper and in 1724 the Bank of England contracted it as sole supplier of paper money. In 1860 the Government of India contracts the Mill to produce the Indian Rupee paper. The Mill’s estate grew over time with over 40 buildings in both Victorian and Edwardian styles. Bearing this in mind, it’s easy to find the connection between Bombay Sapphire and the Laverstoke Mill, and why they were such a good fit for each other: Bombay Sapphire´s name originates from the popularity gin used to have in India. The “sapphire” comes from the “Star of Bombay”, one of the largest gems in the world, exhibited now at the Smithsonian National Museum of Natural History in Washington DC. 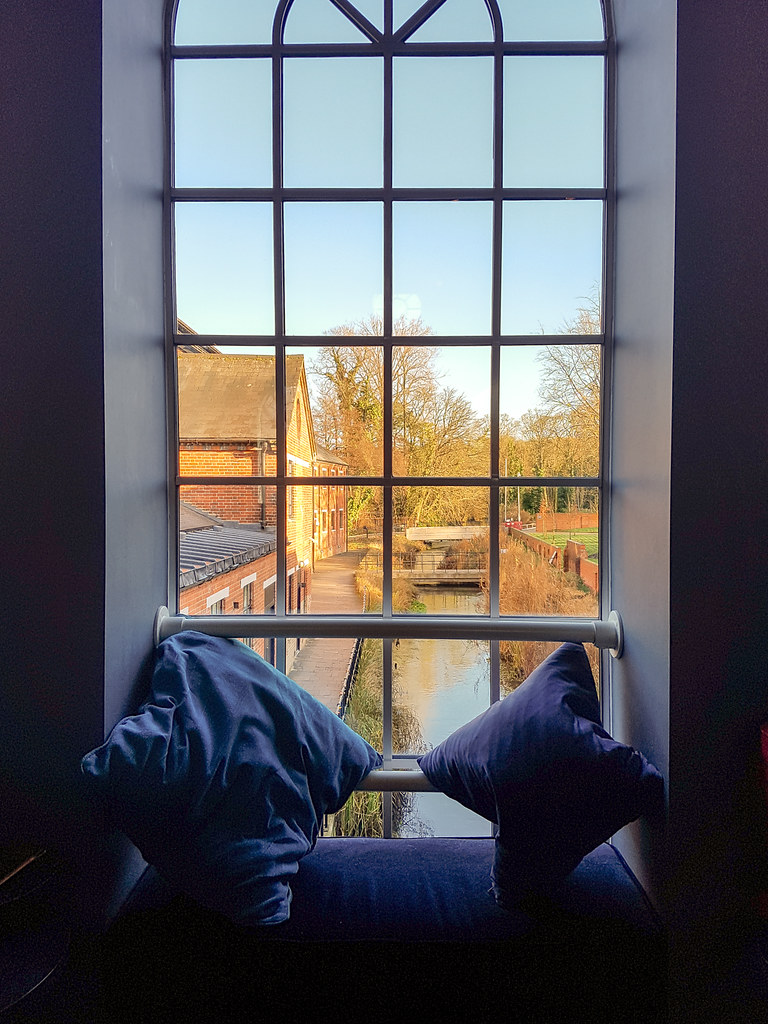 Bombay Sapphire bought Laverstoke Mill in 2010 and spent 4 years renovating and transforming it into their new home. They have worked with the Heatherwick Studio not only to give a new modern look to the old Mill but also to transform it into a sustainable distillery. In fact, Bombay Sapphire is the first distillery in the world to be awarded the BREEAM outstanding rating for sustainability.

Thomas Heatherwick, the architect that worked on projects like the new London bus, the Olympic Cauldron and the Google headquarters designed the stunning glasshouses where the 10 botanicals used to make Bombay Sapphire gin grow. One of the glasshouses has a humid tropical environment while the other one a dry temperate Mediterranean climate. The entire plan of renovating the old paper mill was centred around River Test, the purest chalk-stream in the United Kingdom and now the home of brown trout, otters, ducks, swans and many other species. 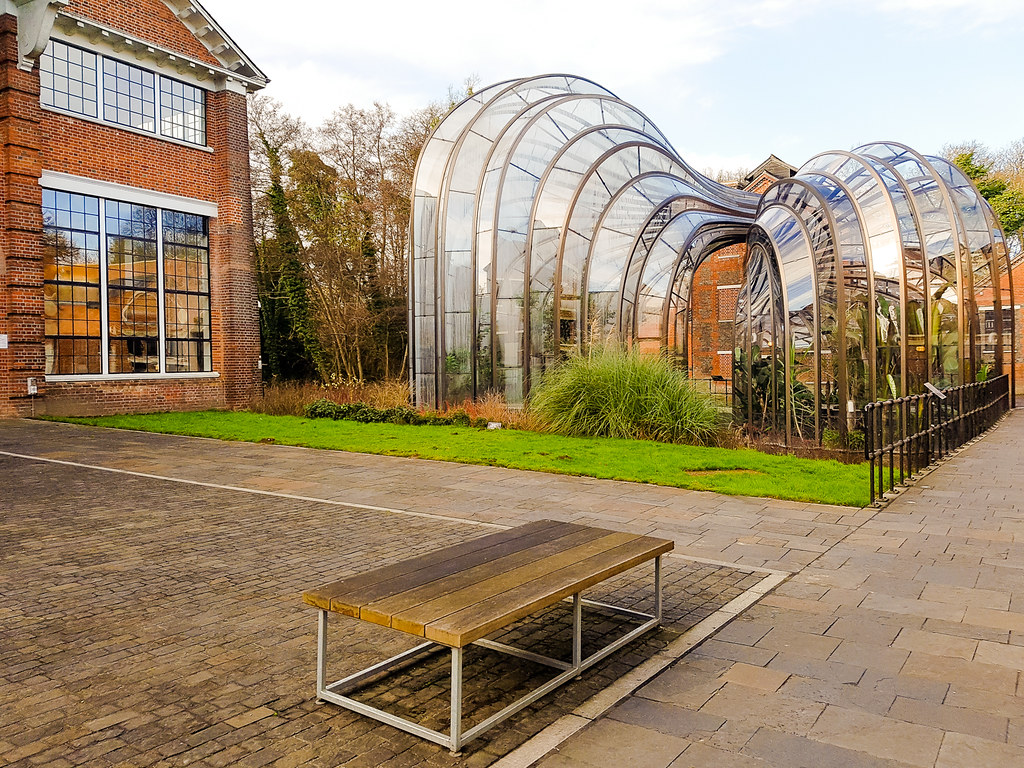 Our next stop was inside the history room, where we could admire the collection of bottle designs through the years and also entries for the Bombay Sapphire designer glass competition. 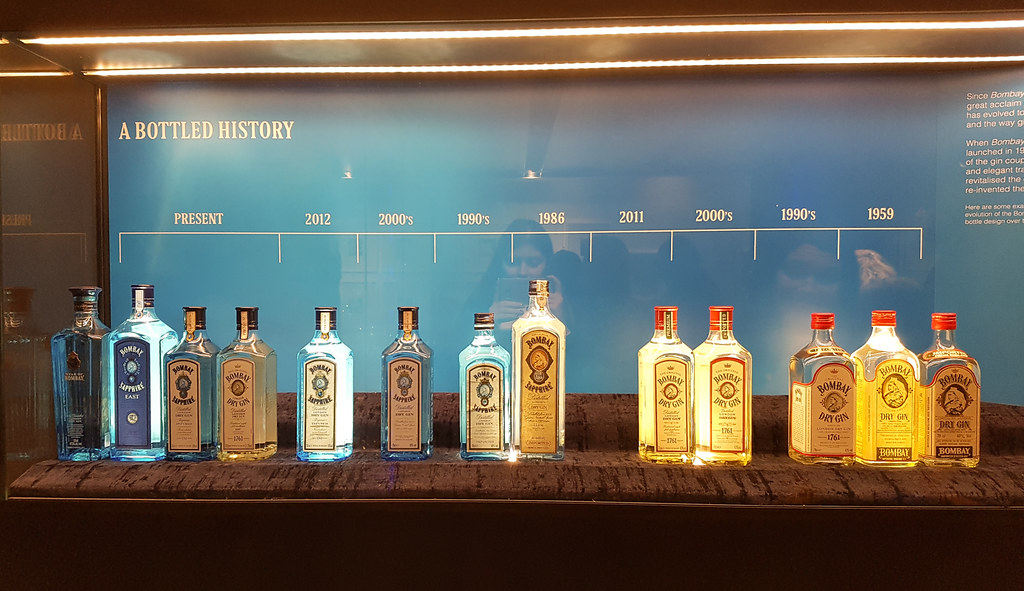 The history of gin is quite fascinating and starts in the early 17th century, when it was produced and sold as herbal medicine. The consumption of gin grew in the UK when the Government allowed unlicensed gin production, with over half of drinking places in London being gin shops. With the polluted drinking water and the low price of gin, it became a very popular drink among the English population. Beer producers have actually campaigned against gin, blaming it for different social problems, like illustrated in the below photo, created by William Hogarth in the 1750s.

In 1951 the Government passed the Gin Act which forced distillers to sell only to licensed retailers and not directly to the public.
Bombay Sapphire’s story began in 1961, when 24 year old Thomas Dakin started producing Warrington Gin at his newly built distillery between Liverpool and Manchester. The Dakin family has produced gin for over 50 years, adapting to new technologies before buying one of the first Carterhead stills. This allowed them to develop the Vapor infused technique that Bombay Sapphire still uses today to flavour the gin. There are very few Carterhead stills left in the world and Bombay Sapphire has and uses three of them. 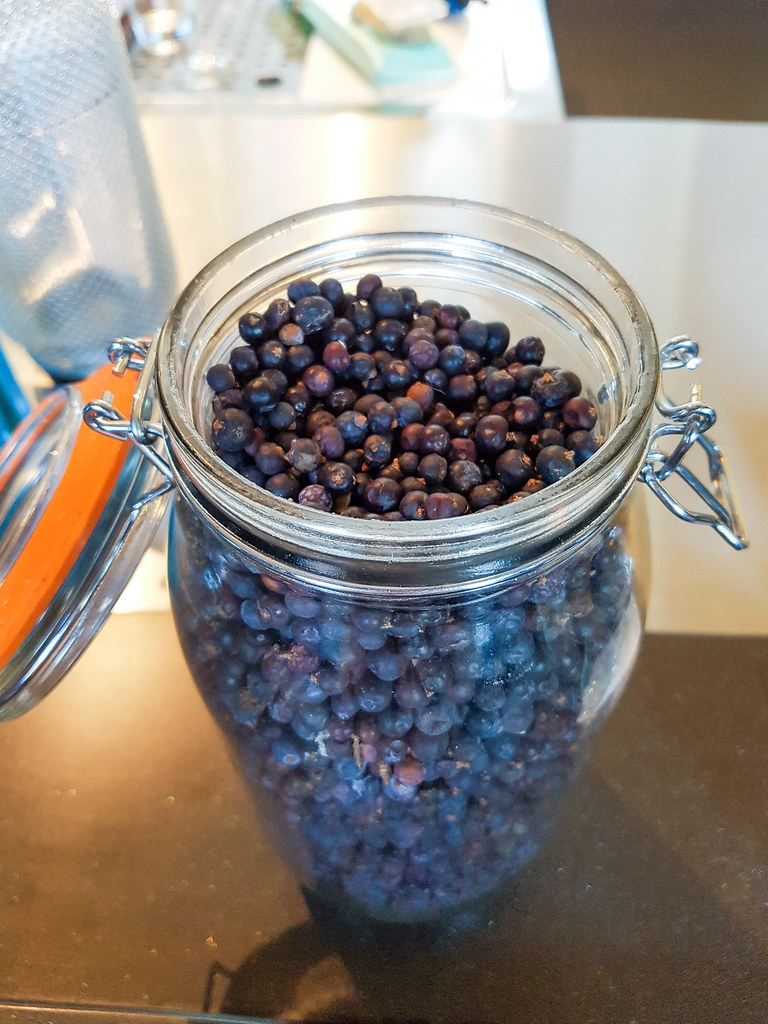 Fast-forwarding to the 1950s, a New York lawyer named Alan Sabin decided to take the Warrington gin to the American market and created a new identity for it, Bombay Dry Gin. Back then America was going through a restless time. Imagine the Madison Avenue lawyers, bankers, advertisers and entrepreneurs wearing suits, socialising while drinking Martinis in clubs filled with cigarette smoke. It was the perfect opportunity to bring the vapour infused gin to America.

Bombay Sapphire gin was created in 1987 when Ian Hamilton, the head distiller developed the flavour by adding two new botanicals: grains of paradise and cubeb berries. The new improved recipe gave the gin a fresh and lively taste with a spicy finish. In 2005 a fire destroyed the bottling hall and the still house and that was when Bombay Sapphire decided to bring production of the gin in-house. They searched for several years before finding the perfect location: Laverstoke Mill. 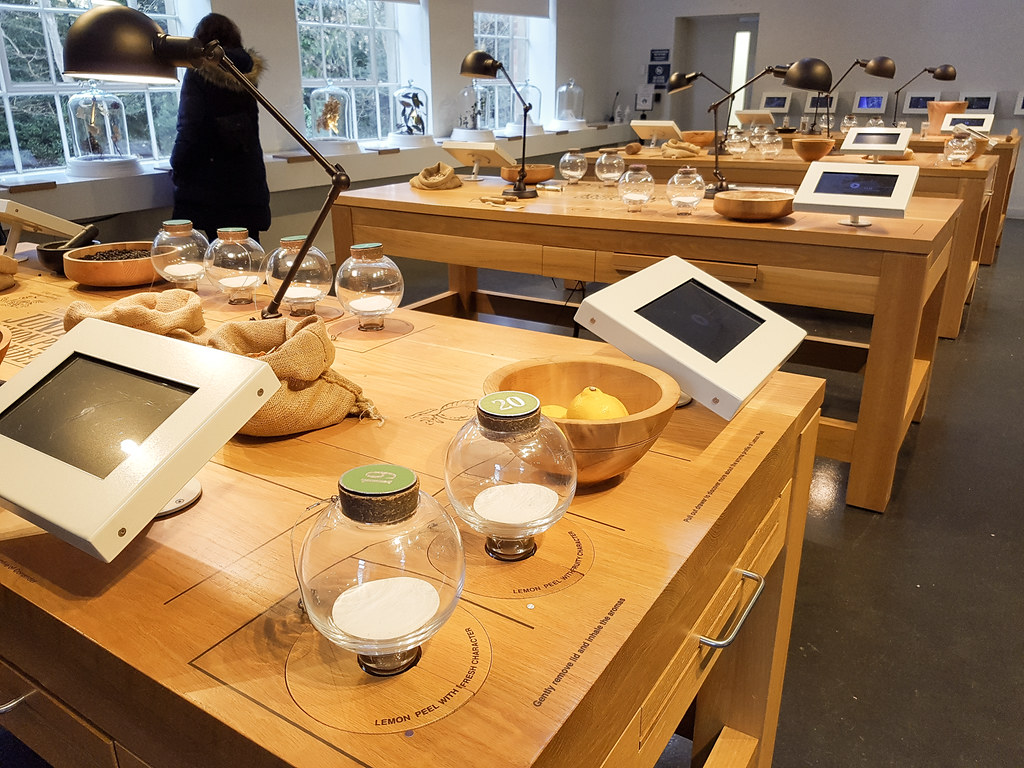 One of the most interesting parts of the visit to the Bombay Sapphire Distillery was the Botanicals Room. The room is focused on botanicals and their aroma. We all received a card with the name of each. We moved around the room, breathing in each of the 22 flavours, marking on the paper the ones we liked best. My favourite was the cassia bark, its aroma made me instantly think of winter spices and mulled wine. At the end of the tour, based on this card, I received a personalised cocktail at the Mill bar. 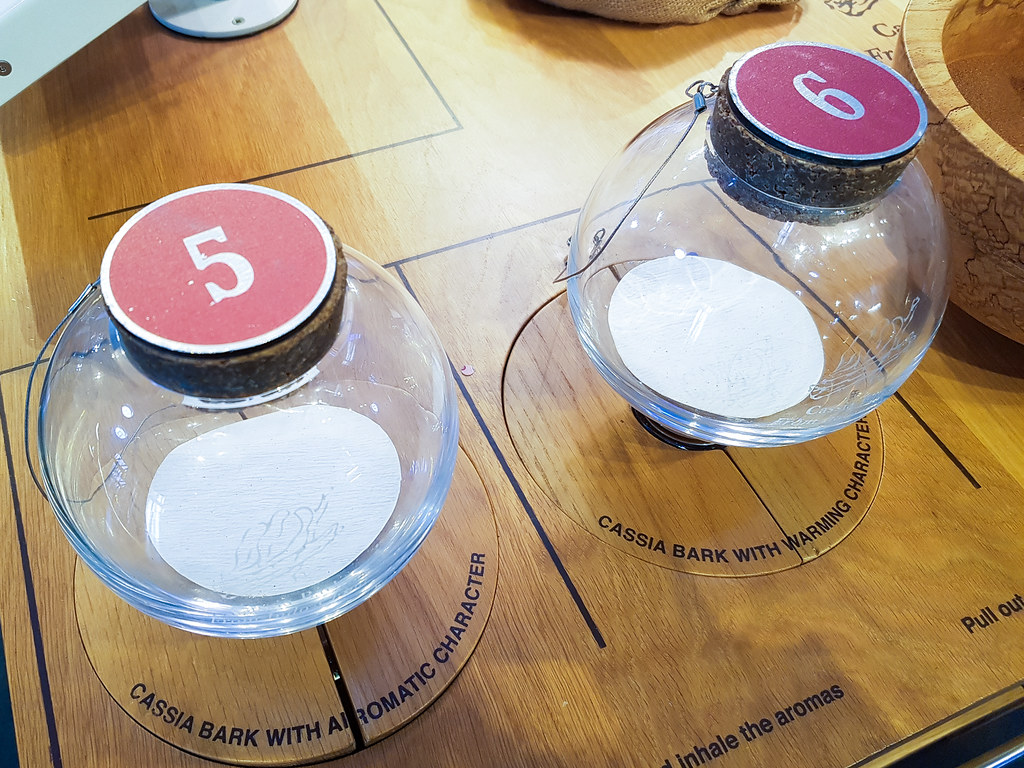 One wall of the Botanicals Room is made out of glass and you can see inside the two small (3000 litre) vintage Carterhead stills, Thomas and Mary, named after the founder of Warrington Gin and his granddaughter). We got to visit the Heritage Still House too and closely observe the process through which gin is made. It´s quite fascinating as the liquid is transformed into vapours, passed through baskets with botanicals to infuse and then condensed back to liquid. We got a chance to see the pure alcohol as it left the stills. The distillers test every part of production to ensure the high standard is maintained. 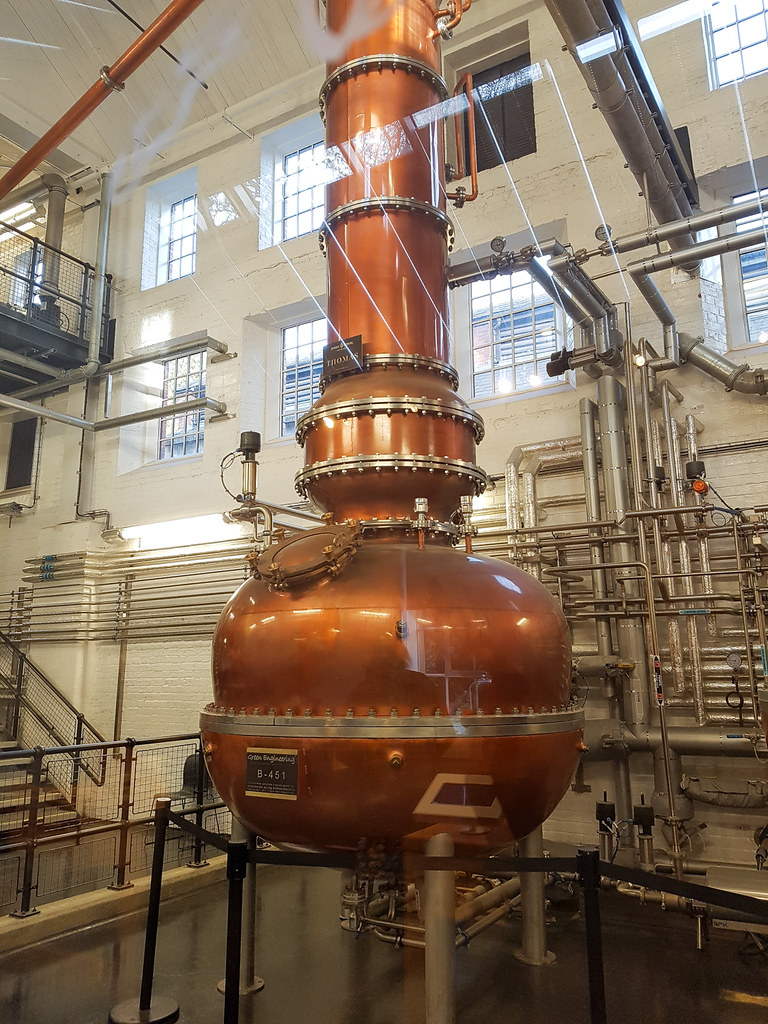 There are strict rules for entering the distillery because of the high level of alcohol vapour in the air and the risk of sparks. We had to turn our phones off and also make sure we were wearing trainers (heels were not allowed).

After we visited the distillery we returned to the Empire Room and Sam showed us how to make different gin cocktails. But first, we had a chance to taste the selection of Bombay Sapphire gins: Bombay Dry Gin (8 botanicals), Bombay Sapphire (10 botanicals) and Star of Bombay (12 botanicals: the 10 in Bombay Sapphire plus bergamot and ambrette seeds). You wouldn’t think that gin could be enjoyed by itself but Sam proved us wrong. You should drink gin from a large glass so that you can experience the aroma before tasting the drink. This is very important because our taste and smell senses are connected. One great example is when we have a cold and feel that the food we are eating doesn’t taste great. That is because we can’t smell it, so can’t taste it properly. 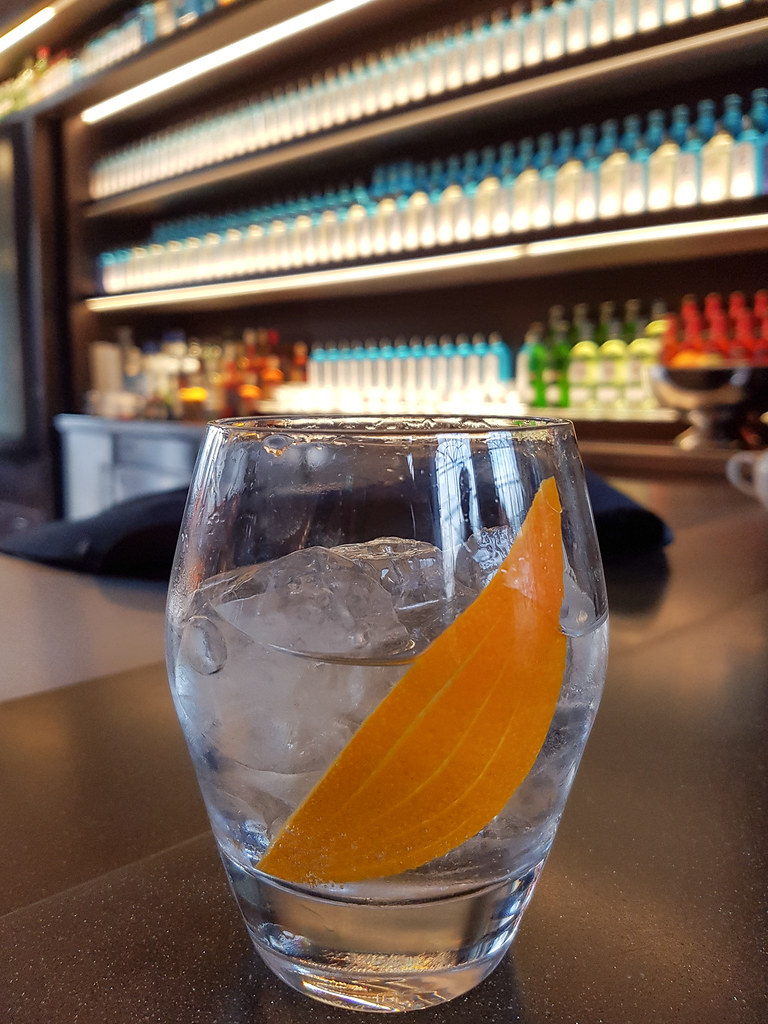 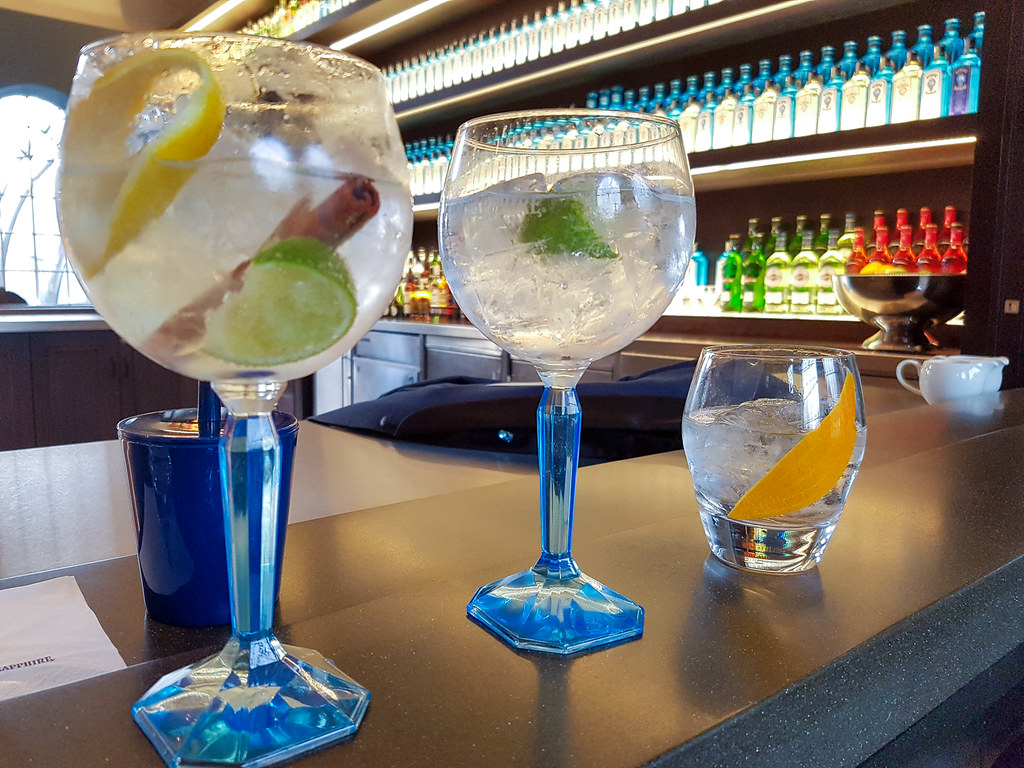 At the end of the visit I went with my card from the Botanical Room to the Mill Bar, to see what my personalised cocktail might be. After a lovely chat with the bartender we concluded that the best choice for me was one of their winter specials, The Thoroughbred, a cocktail made with Bombay Sapphire gin, ginger beer, apple juice, Angostura and lime wedges. 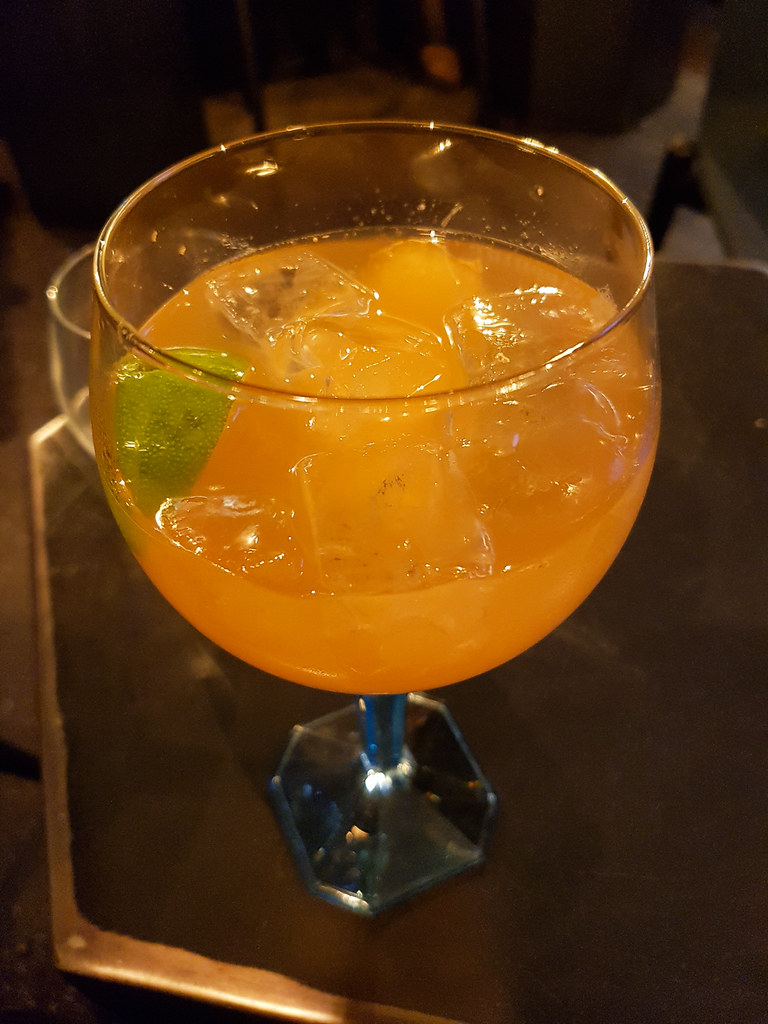 I enjoyed my visit to the Bombay Sapphire Distillery immensely and I left with a lot of knowledge about gin. I love how Bombay Sapphire is a brand that respects the environment and gives back to the community by sourcing their botanicals from local growers in Italy, Morocco, East Africa and many other parts of the world.

66 thoughts on “A visit to the Bombay Sapphire Distillery”