When I’m on holiday, instead of my usual beer or wine, I love to order cocktails which are part of the place I’m visiting.  Many cocktails have quite a history behind them.  Let’s take the Daquiri for example – would you visit Cuba without having Hemingway’s Daquiri at Floridita bar, in Havana? Or go on a Sex and the City New York exploration without having at least one Cosmopolitan? Not to mention visiting Mexico without having a Margarita, and thinking about how this cocktail was actually a declaration of love from a restaurant owner to a showgirl he was madly in love with. 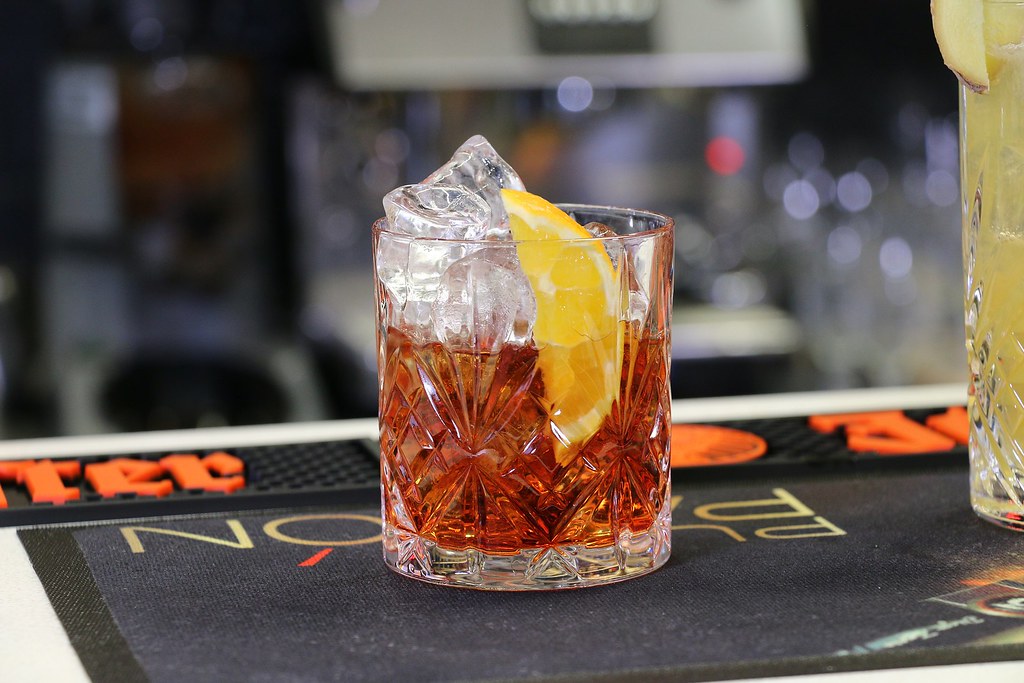 Could you say you’ve been to Italy if you didn’t order a Negroni during aperitivo time? Made with equal parts of gin, Campari and red vermouth, Negroni was created over 100 years ago by Count Camillo Negroni, when he requested his bartender to straighten his cocktail. He was drinking an “Americano”, which is made with Campari, red vermouth and club soda.

He loved a strong drink due to his job as a rodeo clown in the American Wild West, so he asked his bartender to add gin instead of club soda to his Americano. This is how the Negroni was born.

If you visit Florence, you can drink a Negroni in the same bar where it was invented, which now is called Giacosa Café.

Negroni is a cocktail that is built directly in the glass. Simply pour the Campari, the gin and the vermouth into a glass, and garnish with an orange peel. 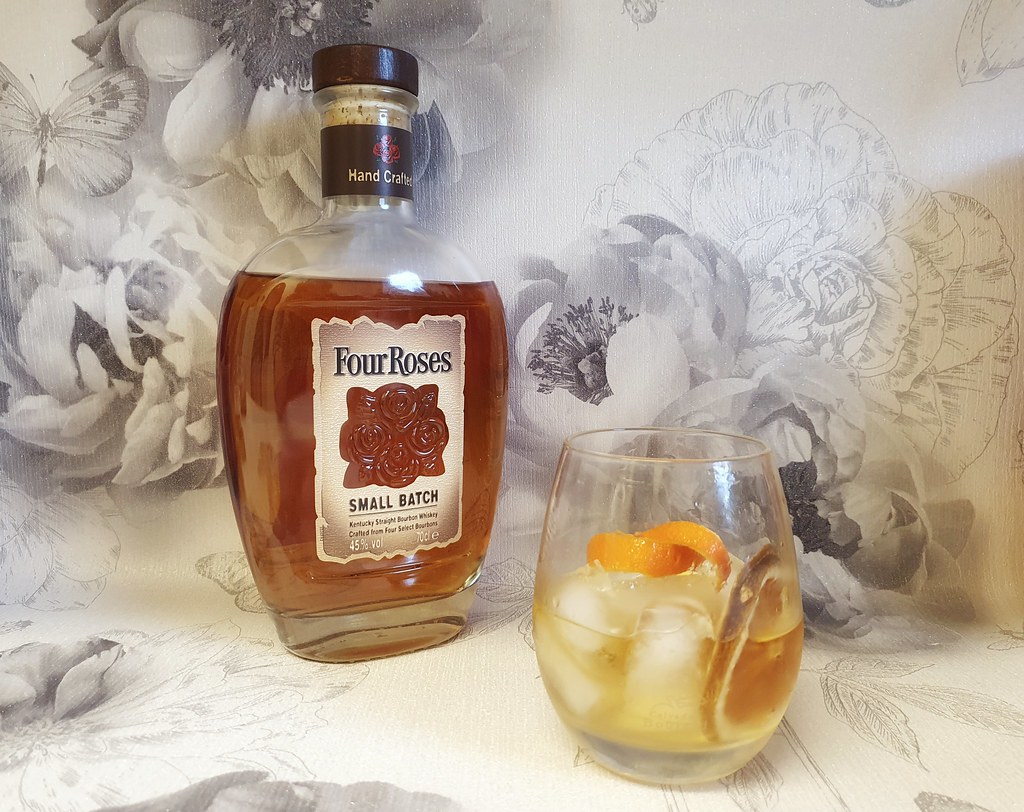 The Old Fashioned is one of the most iconic American cocktails. Legend has it that the Old Fashioned was created in 1881 at the Pendennis Gentlemen Club in Kentucky, in honour of Colonel James E. Pepper, a famous bourbon distiller in the county.  He took the recipe with him to the Waldorf-Astoria Hotel Bar in New York, and its from there that the cocktail spread all over the world.

To make an authentic Old Fashioned you must follow its origins and use bourbon which has been distilled in Kentucky.  Four Roses Small Batch is an award winning bourbon, distilled in the small city of Lawrenceburg, Kentucky. The Four Roses SMall BAtch is made by carefully blending four different recipes of bourbon to create the most flavoursome smooth drink. It has rich fruit, sweet oak and caramel notes, with a spicy, sweet honey palate. You can buy it online, from The Whiskey Exchange for £31.95.

The best way to experience the Four Roses Small Batch bourbon is either on the rocks or in an Old Fashioned cocktail.

The Old Fashioned has been brought back to the public’s attention through the “Man Men” series, where it is Don Draper’s favourite tipple.

Put the sugar cube into a glass and saturate with angostura bitters. Add the water and mix until dissolved. Fill the glass with ice cubes and add the Four Roses Small Batch bourbon. Mix well and serve with orange peel and dried slices of lemon. 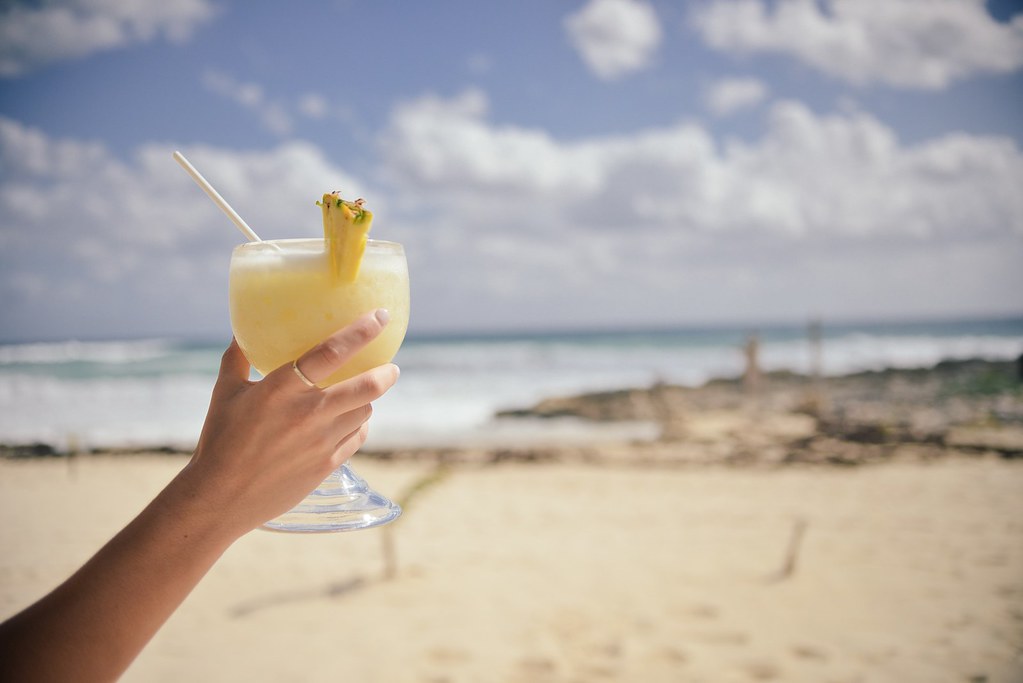 Piña Colada is one of my favourite cocktails. During my trip to Cuba, whilst everyone was sipping strawberry daquiris, I was indulging myself with Piña Colada’s. I love the coconut and pineapple combination, and there is nothing that says summer to me, like a Piña Colada.

You probably now know that Piña Colada was actually invented in Puerto Rico, and the original recipe is so much simpler than what we are used to drinking today. Whilst the legend says that a pirate invented the Piña Colada in order to raise the morale of the crew, the history says that the famous cocktail was created by Ramón “Monchito” Marrero at the Caribe Hilton Caribe in San Juan. Piña Colada is Puerto Rico’s national drink!

The recipe for Piña Colada varies, depending on which part of the world you are drinking it in.  The Puerto Rico recipe is as follows.

Add all the ingredients in a blender and mix well until the mixture has the consistency of a smooth drink. Pour into a tall glass and garnish with a fresh cherry and a slice of pineapple. 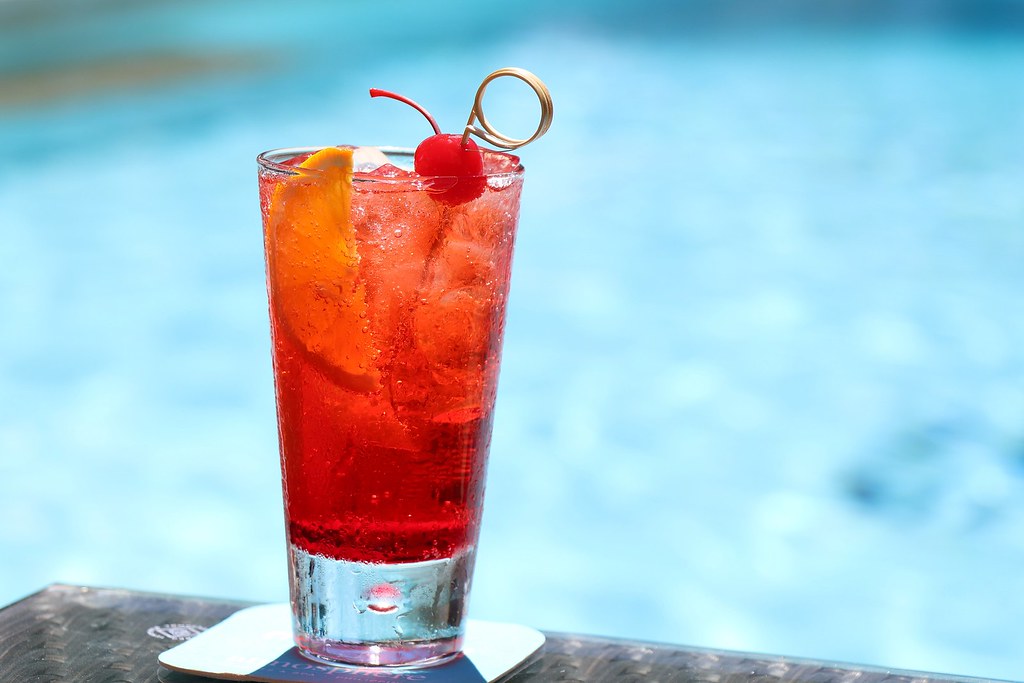 Singapore Sling is one of Asia’s most famous cocktails. It was created in by Ngiam Tong Boon at the Long Bar in Raffles Hotel in Singapore, somewhere around 1915. Singapore Sling is a fruity, long drink, based on gin and it has a foamy top.

Singapore Sling was a genius idea to fill a gap in the market. Ngiam Tong Boon noticed that whilst men were drinking spirits in public, women’s etiquette didn’t allow them to enjoy the same. So, he created a fruity drink with the added alcohol which resembled juice.

The original recipe for Singapore Sling was lost, but this is what Raffle Hotel is using at the moment to create the cocktail that made it famous:

Add all the ingredients into a shaker, add ice, and shake well. Fill a glass with ice and strain the cocktail on top. Garnish with a cherry and a slice of pineapple. 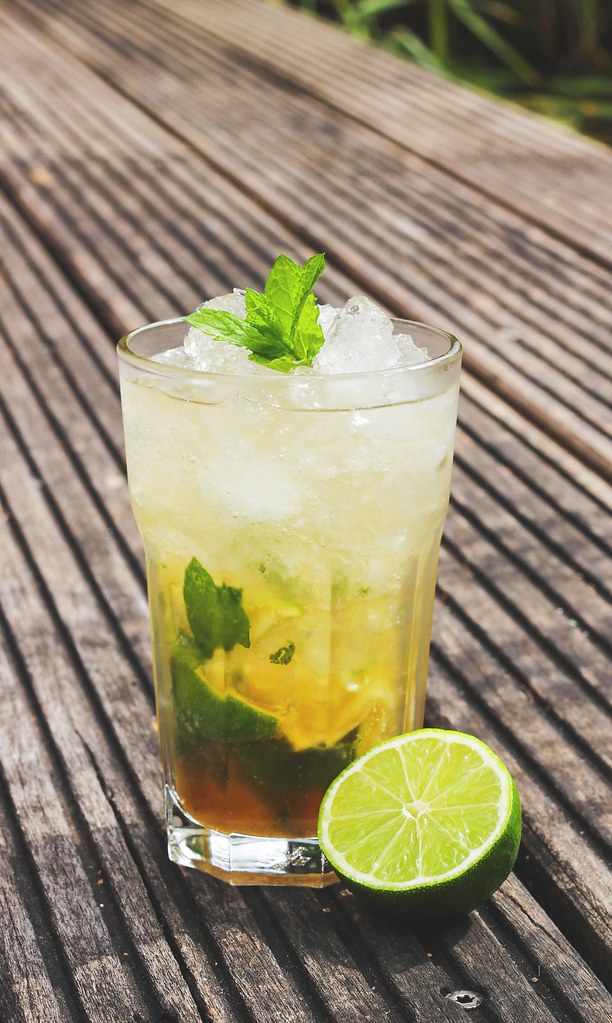 Dawa is one of the most popular cocktails in Kenya. It is a variation of a famous Brazilian cocktail, caipiroska, which had a name that was too hard to pronounce. To make it Kenyan, honey was added to the cocktail and it was renamed “Dawa”, derived from the Swahili term for “Medicine”. It is said that the cocktail is so strong, it can cure anything. And who are we to contradict?

Dawa is a perfect refreshing cocktail to be enjoyed on the beach, in the scorching temperatures of the Kenyan seaside. It consists of vodka, lime, sugar, honey and ice.

Add the lime, sugar and honey into a glass, and muddle gently to mix the flavours. Add the crushed ice and top with vodka. Garnish with a slice of lime.

Which one is your favourite cocktail?

Please note that this article has been written in collaboration with Four Roses Small Batch bourbon who kindly sent me a bottle to try out.

9 thoughts on “Around the World in 5 Cocktails”