I’m a beach person and lucky to live in the Philippines, a southeast Asian country with about 7600 islands and countless beaches. Although the Philippines has long been known to be a tropical paradise, with some islands catering specifically to summer vacationers, there are still beach destinations in the country that remains to be (re)-discovered.

Included in this list of best beaches in the Philippines are some of these ‘new discoveries’ as well as mainstream beach destinations, for everybody who are in love with the sand and the sea.

Photo credits are given to Hali Navarro, photographer and co-blogger in Tara Lets Anywhere. 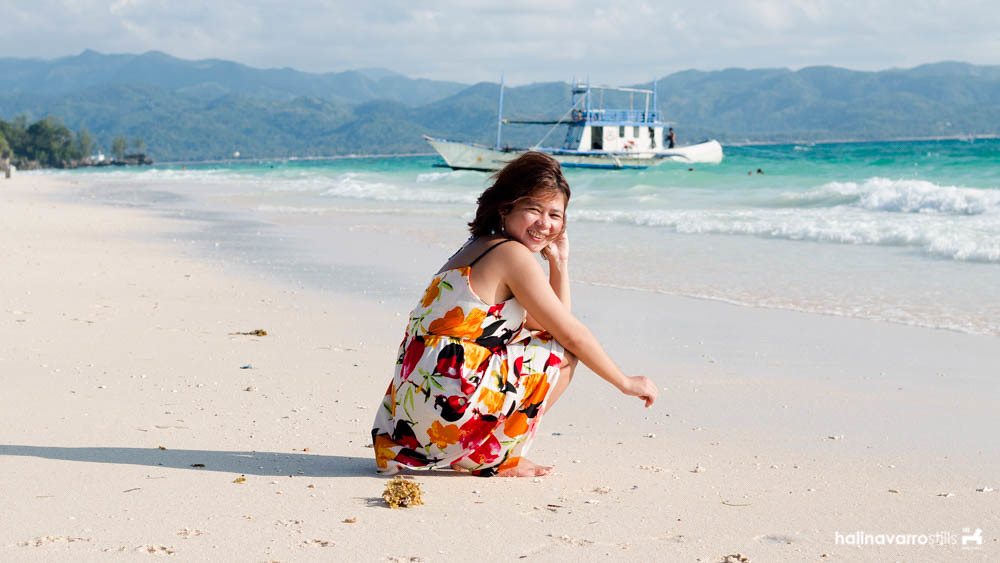 I know it sounds cliché to include Boracay, since this has always been in the list of best beaches in the world by CNN, TripAdvisor and other websites. A bit controversial too, since Boracay has also garnered its share of criticisms, especially from locals for being ‘too commercialized.’ However, there’s no denying that the beaches in Boracay are great, with its clear sea and very fine sand. This applies to White Beach in particular, as well as other quieter beaches in the area such as Puka Beach.

I think the key to enjoying Boracay is in leveling your expectation – that is, know that Boracay is mainly a party island. Boracay is perfect for those who’re looking for a place with a wide array of options: accommodations from budget to luxury hotels, various bars and restaurants and activities such as snorkeling, helmet diving, parasailing, wind surfing and many more.

Most writers would go for El Nido in Palawan (or Coron for that matter) when collating a list of best beaches in the Philippines, especially since El Nido is the poster child of the Philippine Tourism Board and it’s a perfect honeymoon destination. However, I feel that El Nido’s main attractions are its lagoons and limestone karsts. While I definitely liked the twin beaches of Nacpan, I still wouldn’t include it in a ‘best of’ list.

Instead, I’m including Balabac islands in the south of Palawan, specifically Candaraman Island. Candaraman Island is unspoilt; there are no commercial establishments in the area, and few residents in the island. It has a wide stretch of clear beach, with smooth sand and, if you’re lucky to find it, an alley of starfishes.

A word of caution: Occasionally there are travel advisories to the south of Palawan for security reasons. I didn’t encounter any threat when I visited with friends on summer of 2016 but feel that I should still give a heads up to those who’re interested to see this virgin beach in the Philippines. 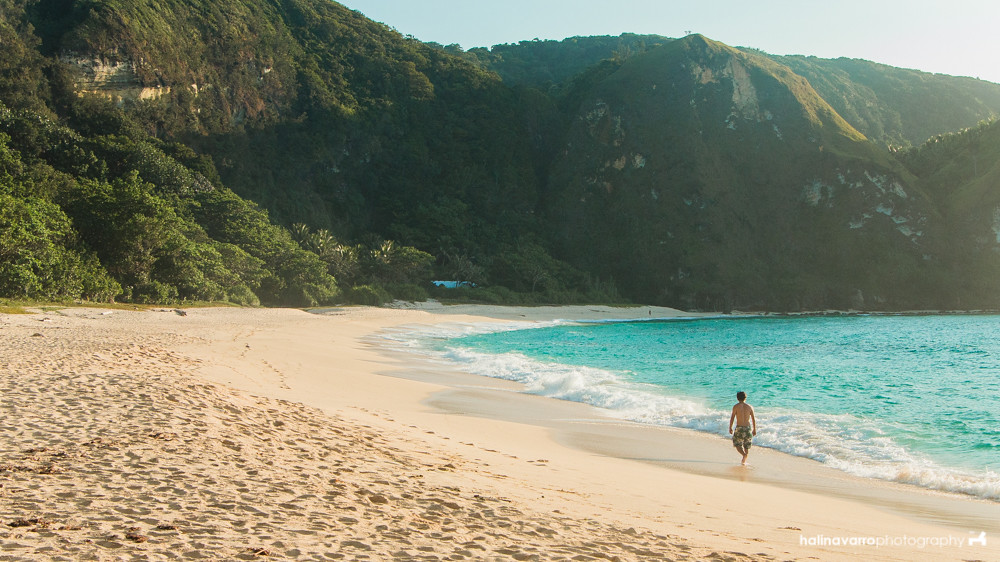 Another beach destination in the north of the Philippines. Calayan Island is difficult to reach; from the mainland Luzon it’s about 6 hours of boat ride away and it’s often sieged by typhoons, making sea travel unpredictable. However, the beach in Calayan Island is definitely worth the trouble.

Sibang Cove is a wide stretch of beach in Calayan Island, with soft sand and huge waves. Due to the difficulty in going to Calayan Island, this beach remains off the beaten path. Beach goers consist mainly of local residents and their families. It’s the perfect beach destination for those who are soul searching or want to relax on a beach camping experience. 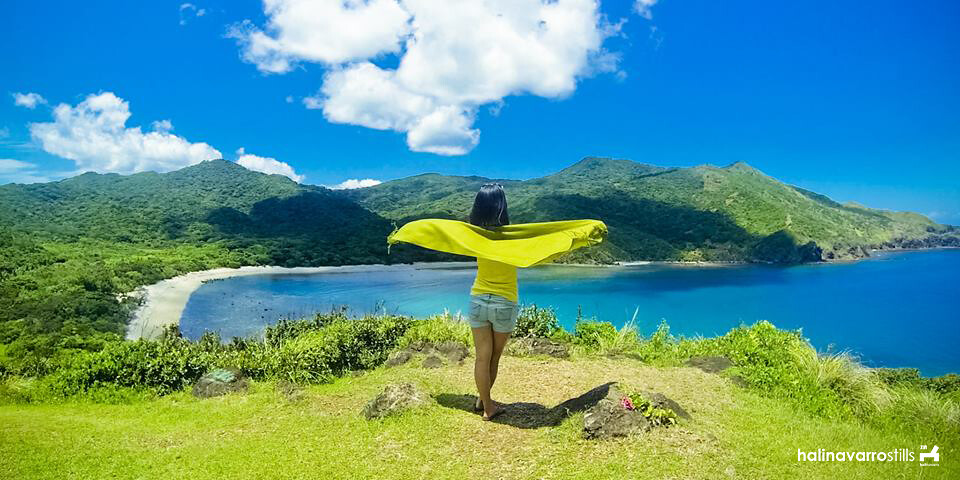 Palaui Island is another beautiful beach in Cagayan Valley. It’s easier to reach compared to Calayan Island, and the reward is just as worthwhile.

I’ve been to Palaui a few years ago, and all I could remember was the beautiful aquamarine water in Anguib Beach. The sand isn’t as fine as the other beaches mentioned here, but the color and clarity of the water make up for this lack. There’s a resort in Anguib Beach and a place for camping tents.

Another beach in Palaui Island worth visiting is the one below the old lighthouse of Cape Engaño. 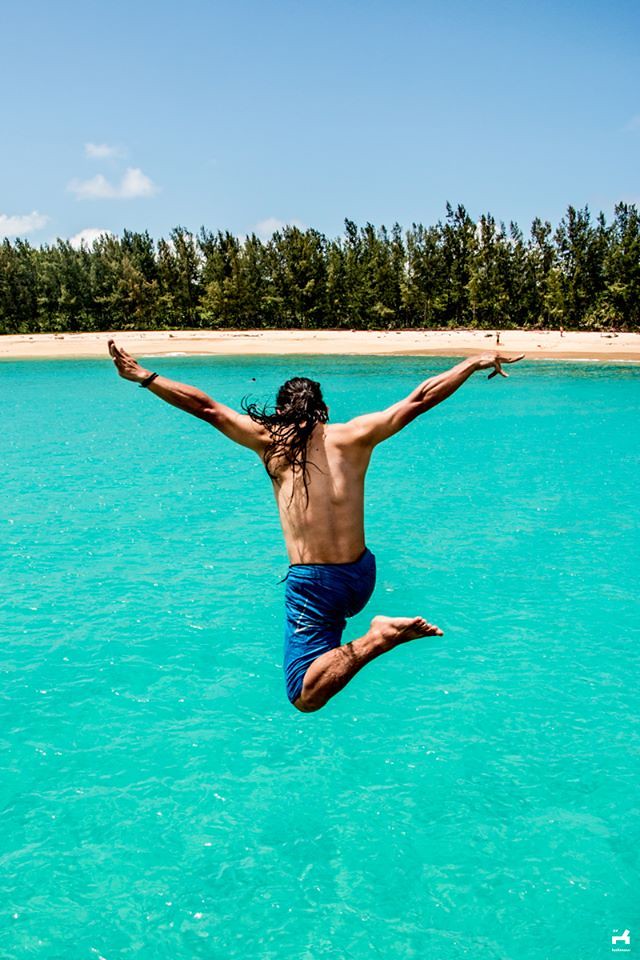 I visited Jomalig Island back in 2015 to join as a volunteer for an outreach program for a community of children there. I didn’t expect to be amazed by beach in Jomalig, and even now it’s perhaps one of the few instances where I was ‘wowed.’

Salibungot Beach in Jomalig Island is different in that the color of its sand is a shade of orange, often described as golden. It’s soft too, enough to sink the feet when walking. The sea is turquoise green, so clear it looks shallow even when several feet deep. The beach is surrounded by pine trees.

Today, resorts have been made available to tourists for a more comfortable stay in Jomalig Island.

Note: These are the ones I haven’t personally been too. I’ve included these in this list of best beaches in the Philippines because these are often cited in magazines and even praised by personal friends and travel acquaintances and these are also in my bucket list.

Bantayan Island is one of the up-and-coming beach destinations in the country. In the recent years, it has been ignored by tourists who favored mainstream destinations but is now slowly gaining popularity after being used as a setting for a local film.

Bantayan Island has very fine, white sand and of course clear sea perfect for dipping. Like Boracay, there isn’t just one but many beaches in this island in Cebu.

There are several beaches in Panglao, but the most famous is Alona Beach. It’s an established beach haven stretching 800 meters long. As one of the most visited places in Bohol, it features various resorts and dining restaurants for all kinds of travelers.

Alona Beach in Panglao is not only for beach bummers but also for those into diving. It is said that the underwater scenery has exceptional coral formations and large number of fishes to satisfy those who’re looking for more aquatic experience.

Have you been to any in this list of best beaches in the Philippines? Which one are you planning to visit in 2017?

About the author: Katherine Cortes from Tara Lets Anywhere. A Filipino couple traveling with a DSLR named Amelia and a GoPro named Obakemono. – Kat and Hali

96 thoughts on “Best beaches in the Philippines”