I think that is it very important to talk about Hurricane Irma and what it did to the Caribbeans as well, and not only to Florida. We have been bombarded with news about the measures taken in Florida, how many people were evacuated, the worries about the yachts and boats anchored in the ports of Miami and the nearby cities. The travel groups on Facebook were full of people worried that the highways would be too full to evacuate or that the flights out of Florida won’t be enough.

But I didn’t see anyone taking about the poor islands in the Caribbean on which the people had nowhere to evacuate or think about highways or flights. The only thing they could do was to prepare. Nobody heard anything about them until Irma passed by and left paradise islands like Barbuda or St Maarten completely destroyed. I was reading today how for the first time in history, the island of Barbuda is empty, there is no human soul living there anymore because 95% of the houses were destroyed. Where did those people evacuate to? 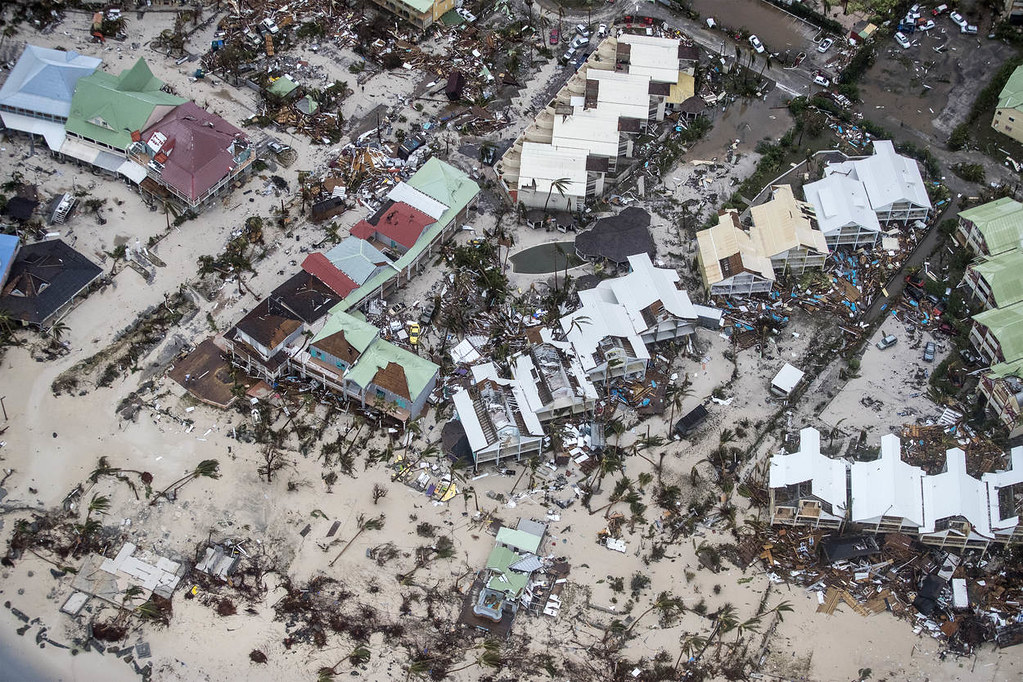 We have all watched videos of the famous St Maarten airport with its landing runway so close to the sea. Some of us were lucky to even witness the planes landing from the tiny beach in front of it. Now? It’s gone! 95% of the French part of the island has been destroyed.

Yesterday, while I was going through the magazines from last year’s World Travel Market I stumbled upon a notebook from Antigua and Barbuda, with an idyllic beach on its cover and I remembered the lovely people I met at their stand. It saddened me thinking that probably they won’t be there anymore this year because their island has been completely wiped out!

My friend Bethan has moved to Cuba about a month ago to teach English and to be with her love, Danny. I remember how Saturday night, trying to fall asleep, I left the TV on and when the news came, they showed how the South of Cuba was just being hit by the hurricane and how Baracoa was underwater. The images were horrendous! I felt a lump in my throat and thought about my friends… were they ok? I texted them but I got no answer back. 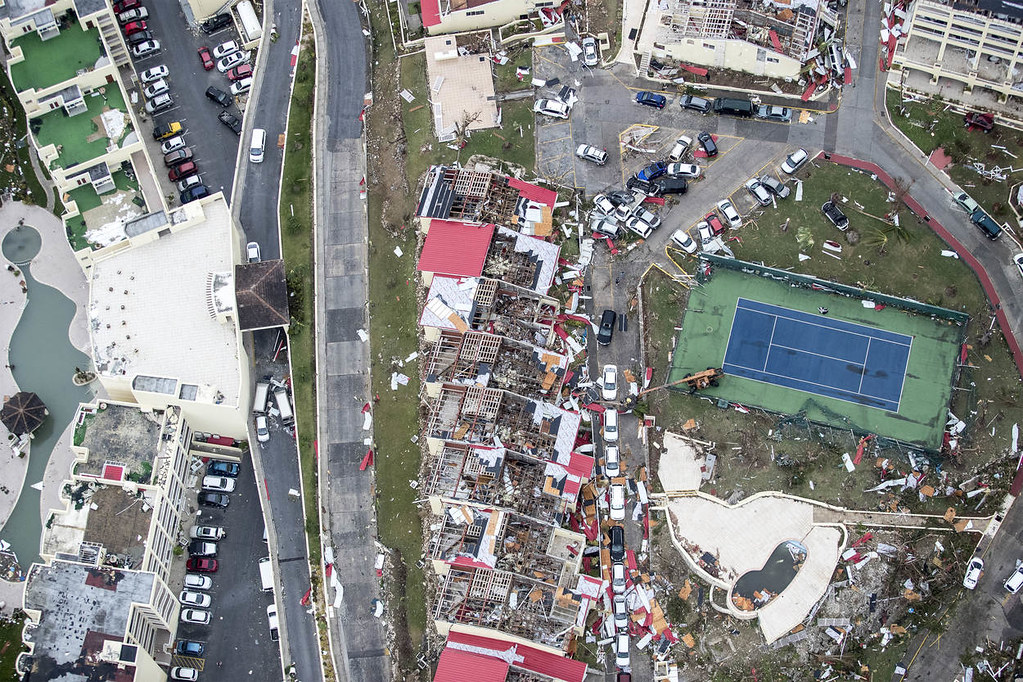 Cuba has a special place in my heart because it thought me about the kindness of people. My trip there started on the wrong foot, with the airline loosing my bag, another airline denying me boarding because they overbooked the flight and when I finally arrived, the casa couldn’t find my reservation. Towards the end of my trip I got stung by a bee and I had to go to the hospital because I got an allergic reaction. However, because of the people in Cuba who didn’t hesitate to help with with what they could, my trip was perfect and I enjoyed every single moment of it. Seeing the island being hit by the hurricane and reading afterwords that 10 people died (the highest death toll in a hurricane in Cuba since 1963), made me really sad.

I was reading this morning that the US will be helping all the countries in the Caribbean except for Cuba. And instantly I asked myself… what do people’s lives have to do with politics?

I have asked my friend Bethan to tell me how she experienced hurricane Irma, from her new home in Havana:

Travel-loving teacher currently learning to live in Havana, Cuba. A keen runner, an amateur baker and a bit of a bookworm, with an ever growing list of places that I need to visit!

“I am learning to live in Cuba. The experience is exhilarating, surprising, occasionally frustrating, often humbling. Never more so than when we watched Hurricane Irma build in the Atlantic and head our way.

First, the threat of Irma began dominate conversations, exacerbated by the hysteria of American news channels for those of us with cable TV. For three days, I was sent numerous emails on how to prepare – water, tinned food, taping windows. Colleagues organised important-sounding trips to the supermarket to stock up on bottled water, and food supplies. Someone quizzed me on how many litres I had in my house: I didn’t know the exact number and felt like I was dicing with death. And all the while, our local colleagues and friends listened and watched with a wry smile, and murmured reassurances during staff meetings. They seemed to have lived through this so many times; hurricanes are part of life here. At home, the love of my life/provider of general ‘how-to-survive-here’ advice wasn’t remotely worried, and so neither was I. 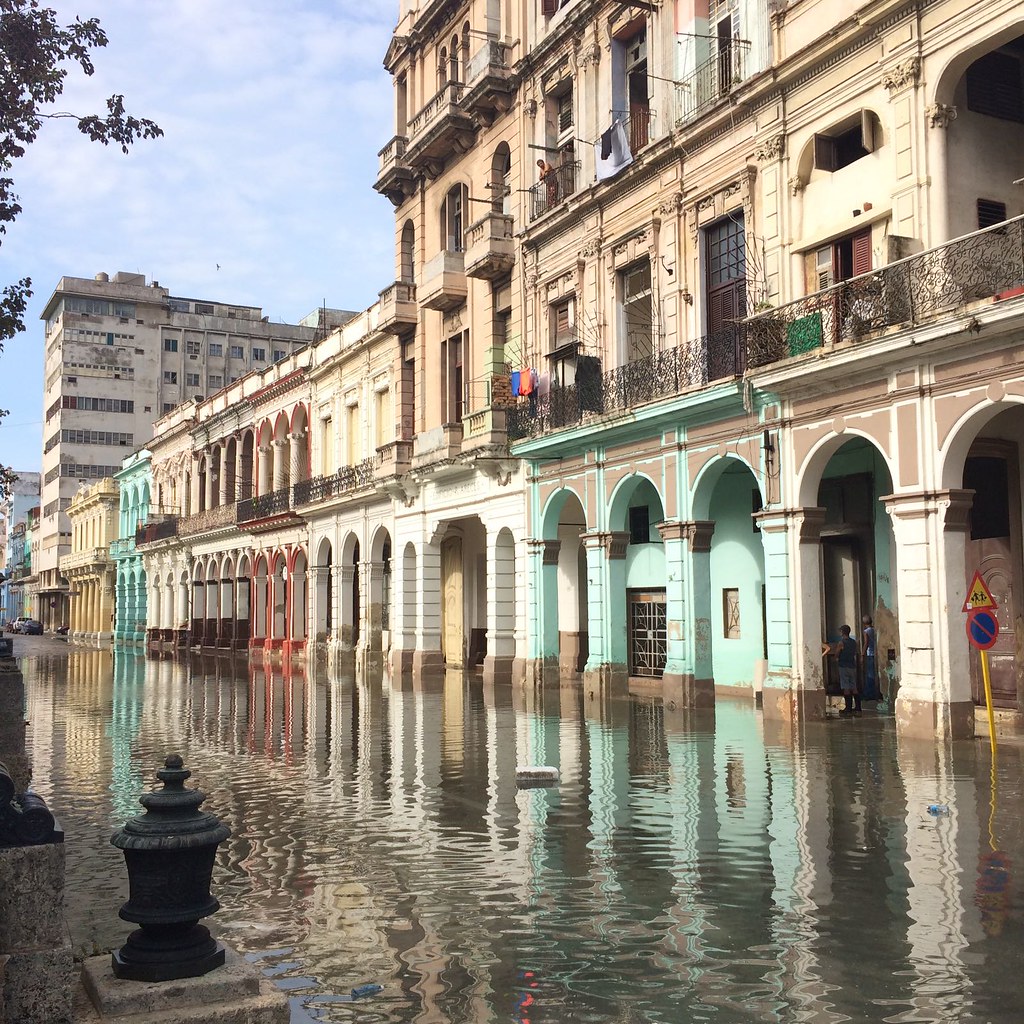 A lively breeze was picking up as we gathered a few supplies on Saturday morning, and the first few droplets of rain began to fall as we finally found some cola. Cuba libres in hand (what else?!) we settled in for a windy night. And it was windy. And dark. The power went very quickly and I moved restlessly between the strange (for me) sensation of the dark, hot, damp air inside the apartment, and the vicious, howling hot wind outside. Images that I had only ever seen on TV were suddenly happening three feet away from our balcony, and below in our street. Palm trees were strained beyond what should have been breaking point, their leaves looking like wet hair, whipped to one side. Huge branches of the ancient trees crashed downwards, pulling overheard cables with them. The strength of the wind was frightening, and awesome in the truest sense of the word. It went on for several hours. We slept a little, stuffy and uncomfortable but grateful for our concrete walls and secure roof. 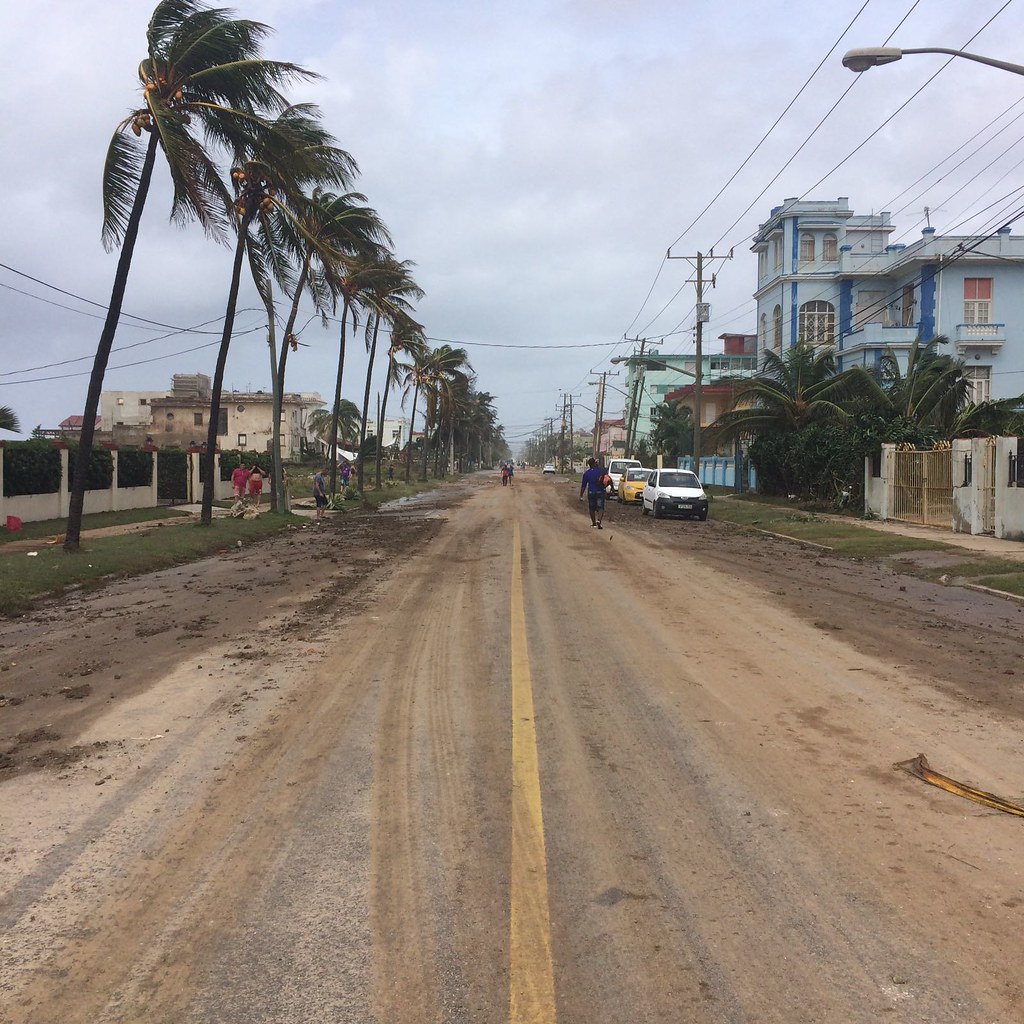 The next day was still breezy but nothing compared to the night before. After checking in with the family in Camagüey (safe and sound, although with a battered garden and no power either) we wandered outside. Luckily, the rain had not been too heavy, although houses on the street nearest the ocean had water covering their ground floors. Towering giants of foam and white water leapt at the shoreline and spread more sludgy water into the flooded road. One or two trees had toppled, exposing their twisted, shallow roots, and occasionally leaning precariously against a half-collapsed building or wall. By now, most if not all of Havana, and many of the neighbouring provinces, were without power. It was with slight guilt that we heard the roar of the generator in our building, which kept the lights on and the hot water coming, at least for a few hours a day. 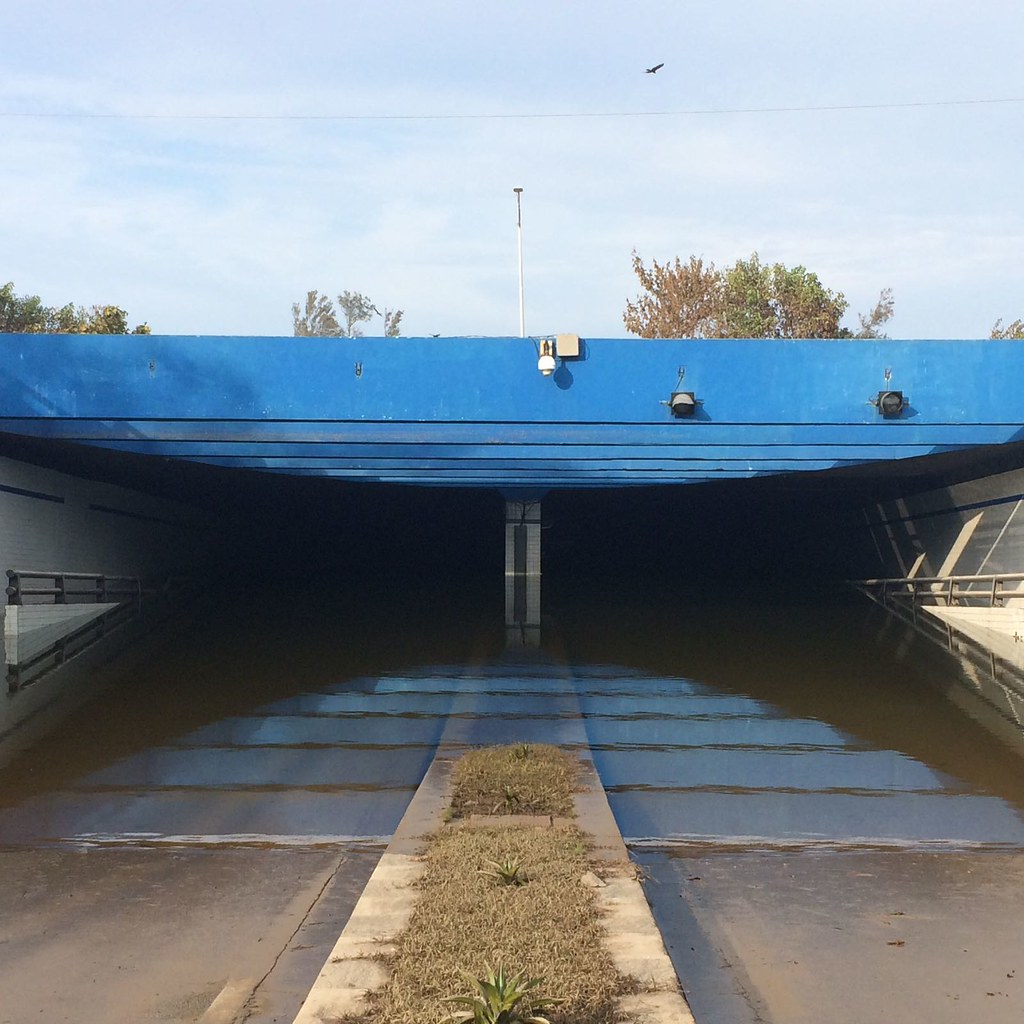 Irma had made her way through Florida by the time we made it, on our bikes, into Vedado, then old Havana. We carefully pedalled past scenes of flooding, branches, lifted tarmac and closed roads. A large number of uniformed officers stood impassively watching as people picked their way around the debris. The Malecón was shut to all traffic. We caught glimpses through the buildings on the adjacent street and saw huge waves breaking over the sea wall in front of an incongruously vibrant, turquoise sea. People were shovelling debris into piles in the street which would be collected later – soaked and ruined furniture, wood, rubble. Items you wouldn’t expect to see had been thrown up and lay abandoned – what someone was doing with a single ice-skate in Cuba is beyond me. The atmosphere was oddly neutral. There was no hand-wringing, staring with horror into the wreckage or visible signs of distress from people whose homes had been badly affected. Nor was there the cheerful bonhomie that often prevails during a disaster in the UK – that ‘we’re all in this so let’s jolly through’ sort of attitude. It was resignation, without self-pity. Slow, stoic and calm. 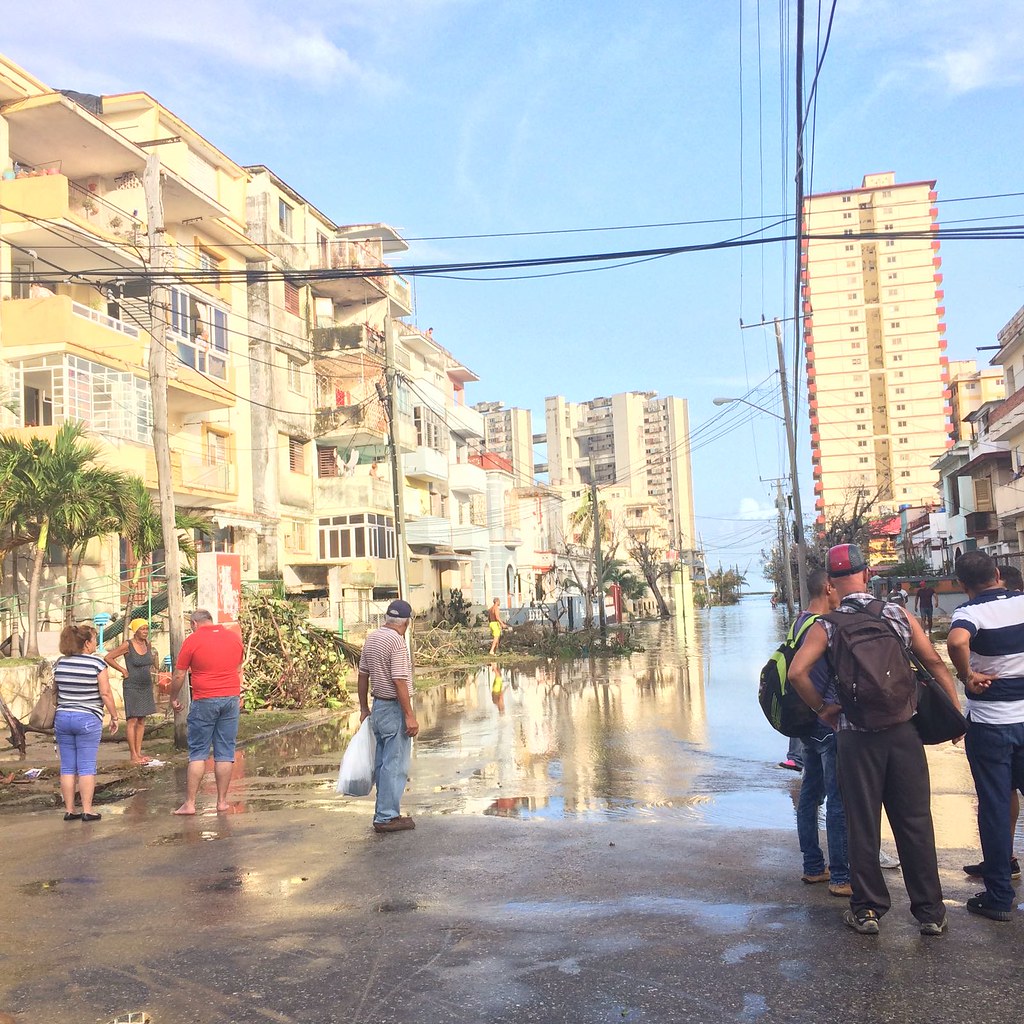 Back at work four days after the storm, the tension was palpable. A chasm had opened between those who had been struggling without water, power and in flooded homes, and those who had been experiencing a few days off in comparable comfort. It was possible tell by facial expression alone who had had no sleep due to their stifling homes.  I overheard quiet conversations about those who had found it difficult coming to work through closed streets with limited transport. I’m sure that my colleagues with families would have preferred to be at home organising some way to do the laundry and clean up the kitchen and bathroom with the water supply turned off. Offers of accommodation, hot showers and meals were doing the rounds but seemed to be rarely taken up, at least not openly. The people who had given most reassurance before the storm, who seemed least worried before it approached, were now the people who had been most affected by it. And still, I heard no fuss or complaining. 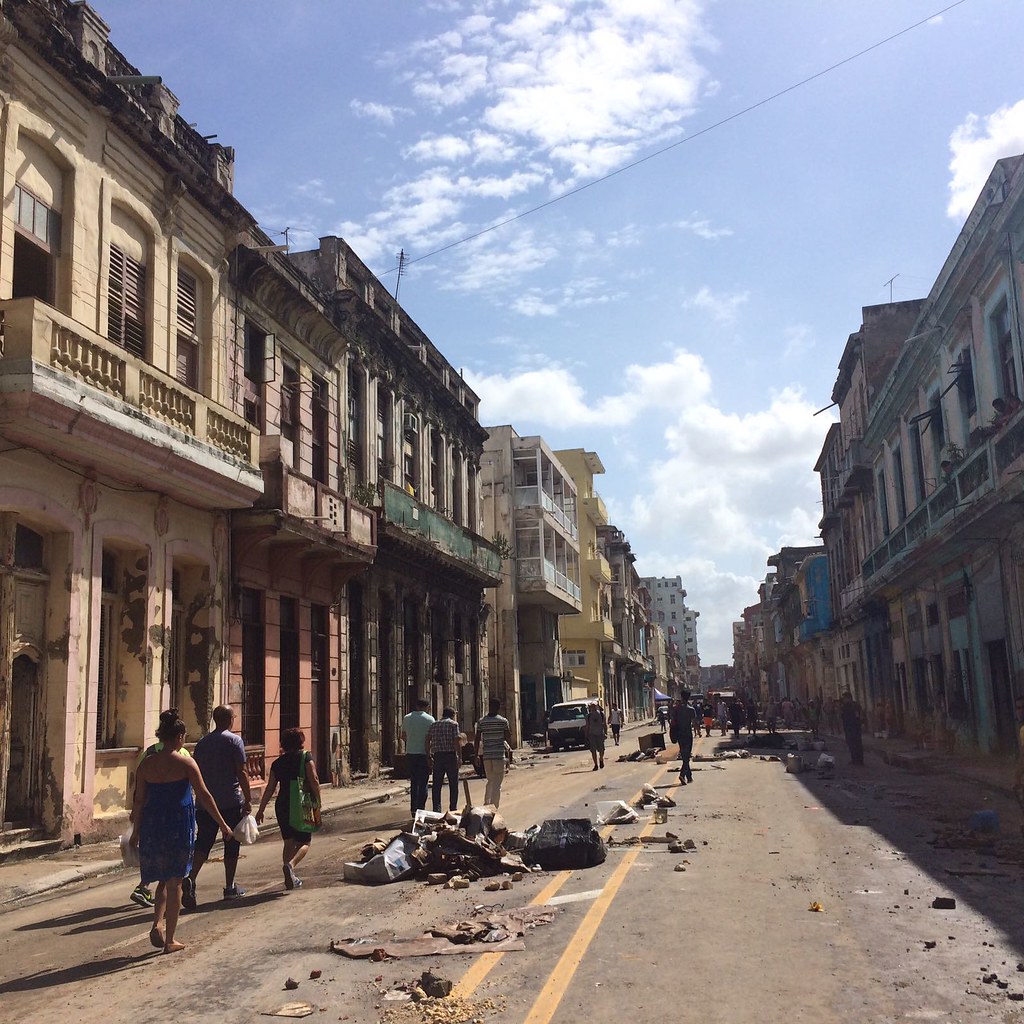 As each day goes by, things are getting closer and closer to normal. There are still houses without any power at all, branches in the street, no Wi-Fi to be found and limited stock in the shops… even less than usual. The TV channels have gone back to their usual coverage, the waves are subsiding and last night there wasn’t even a breath of wind. The storm has passed but it has exposed some of the interesting things lurking under the surface here, in more ways than one.”

How can we help?

The Caribbean islands affected by hurricane Irma have given us so much beautiful moments, they made us feel like we are in paradise and their people made us feel welcomed in their homes. Now it is out turn to return their kindness. We are not just travellers, we are citizens of the world and we need to take care of each other! And we can help by donating to the NGOs that are directly involved into helping the Caribbean islands:

Unicef is focusing on distributing aid to vulnerable families and children. You can donate by clicking on this link.

Oxfam is focusing on helping people from Cuba, Haiti and the Dominican Republic. You can donate by clicking on this link.

The British Government has pledged to double the public donations to the British Red Cross for the victims of Hurricane Irma, including Anguilla, British Virgin Islands and Turks and Caicos. You can donate by clicking on this link.

The High Commission for Antigua and Barbuda have set up an appeal relief fund, with a bank account where you can donate to rebuild the island and a warehouse where you can donate their request of most needed items. You can see the press release together with the accounts and addresses by clicking on this link. 112 thoughts on “Hurricane Irma in Cuba – A Personal Experience”