I have some great news to share with you! I have been selected to be a Jeollanamdo Food Ambassador! Over the next three months I will be introducing new Korean products and recipes that will hopefully inspire you to learn more about Korean cuisine. As you know, I am passionate about Korea and Korean food, and I hope to visit again when the borders re-open. Meanwhile, during the past year I’ve been cooking japchae and Korean temple food via Insta stories, I have taken you on a Korean tour around London and I have attempted to learn Korean Calligraphy with the help of the Korean Touristic Organization in London.

Now it’s time to learn more about the Korean food and prepare for that dream trip to Korea!

I received the first box from Jeollanamdo a week ago, and I took my time trying out the products, before cooking the Miyeok Gut Soup. So, let’s see what was inside:

What’s in the First Box: 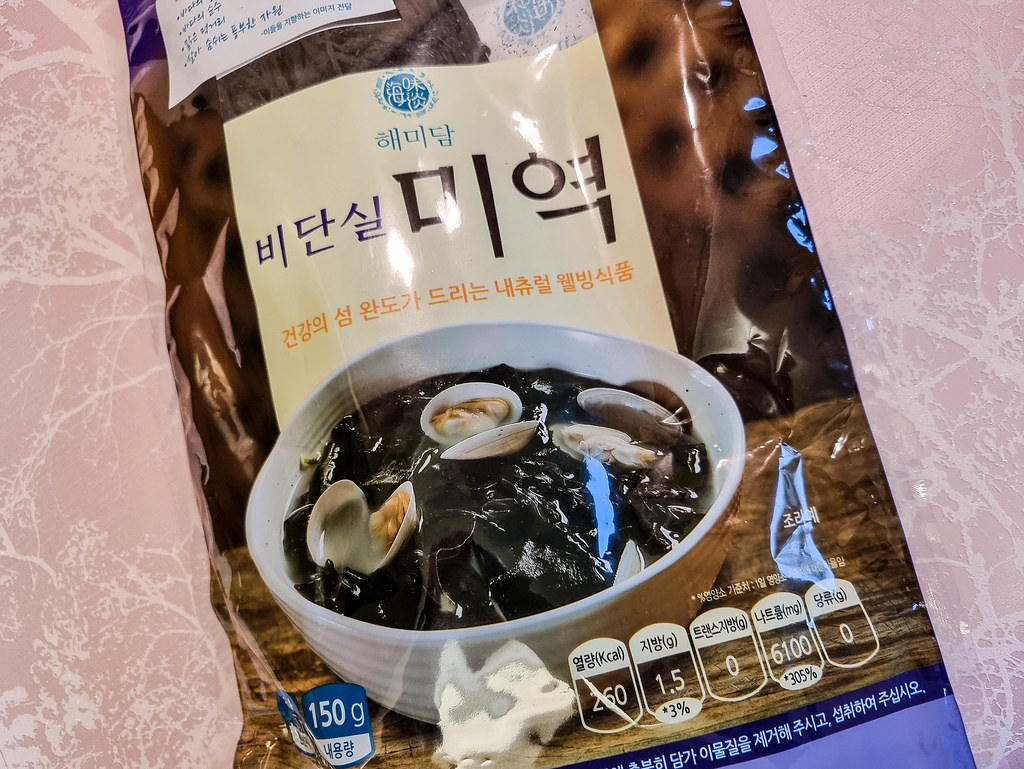 I have never tried Miyeok (Sea mustard) before. Mostly because I had no idea how to cook it. I was glad that the sea mustard was the main ingredient in the Miyeok Guk soup, and I could finally taste it. More about it in the Miyeok Gut soup recipe below. 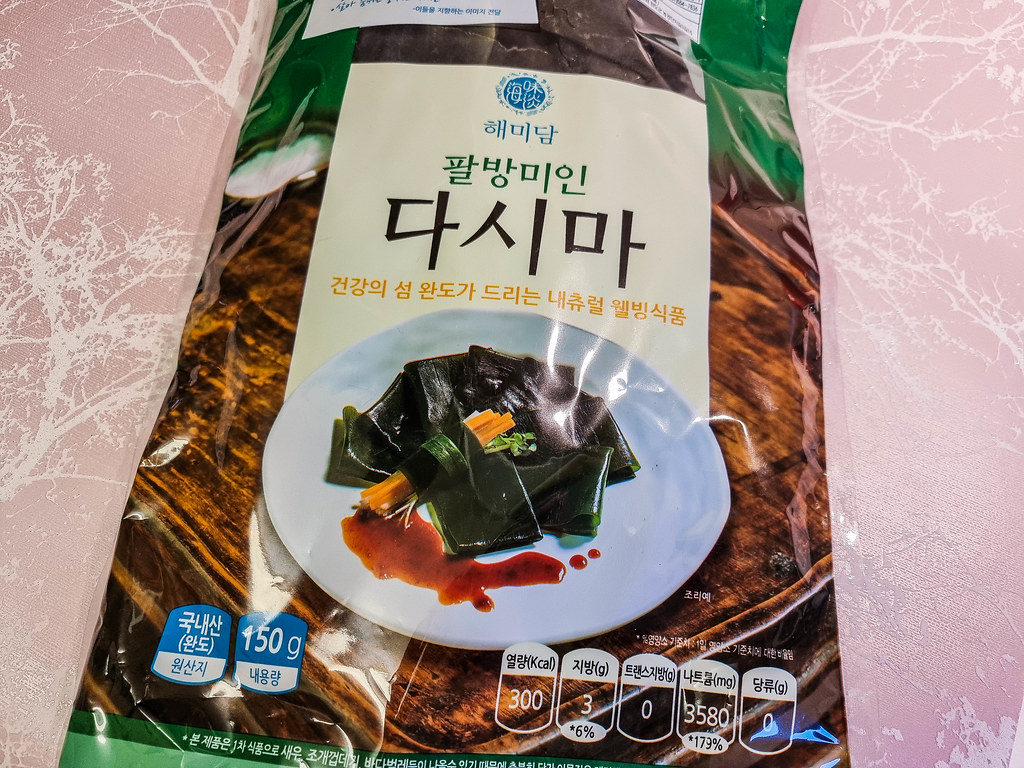 I was so happy to find Dasima (kelp) in the box. I’ve lost count of how many times I scoured the shops in Chinatown searching for it, without any luck. It was always sold out. Kelp is pretty much synonymous with flavour, and it is one of the richest-umami foods in the world. 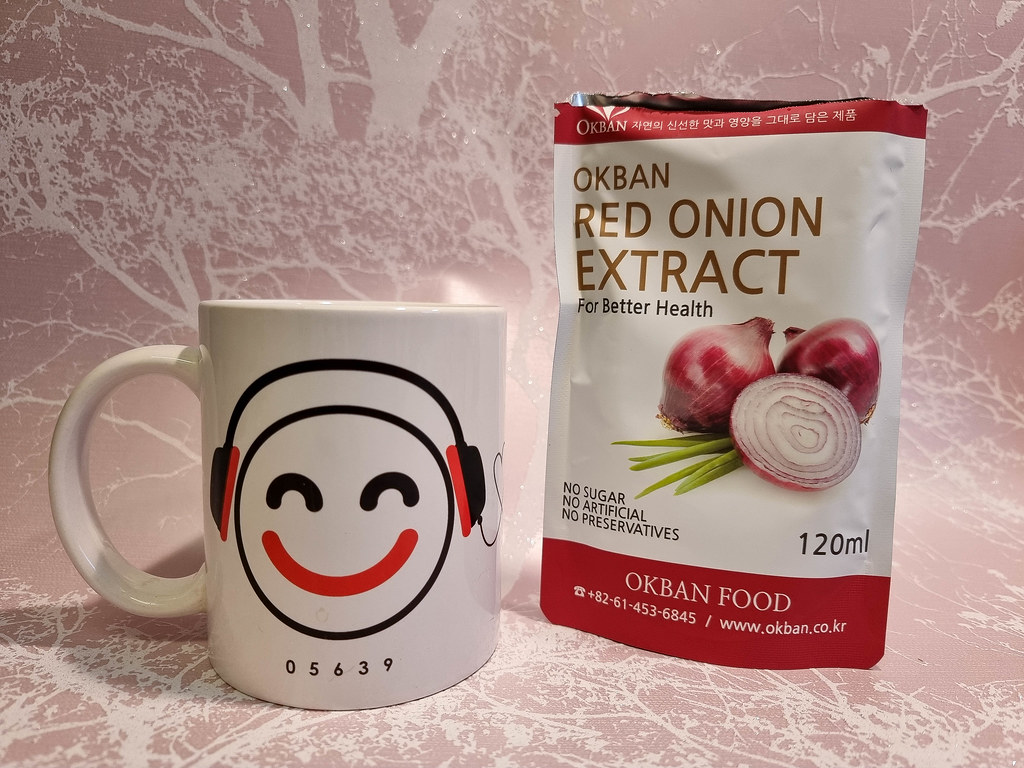 This was a surprise as initially I thought that the red onion extract pouch was an ingredient for the Miyeok Guk soup. I was wrong though. After a bit more research I found out that it was actually a drink. After I drank it, I realised that it didn’t taste at all like raw onions. It was actually sweet and had that great flavour that onions acquire when they are roasted. Thumbs up from me! 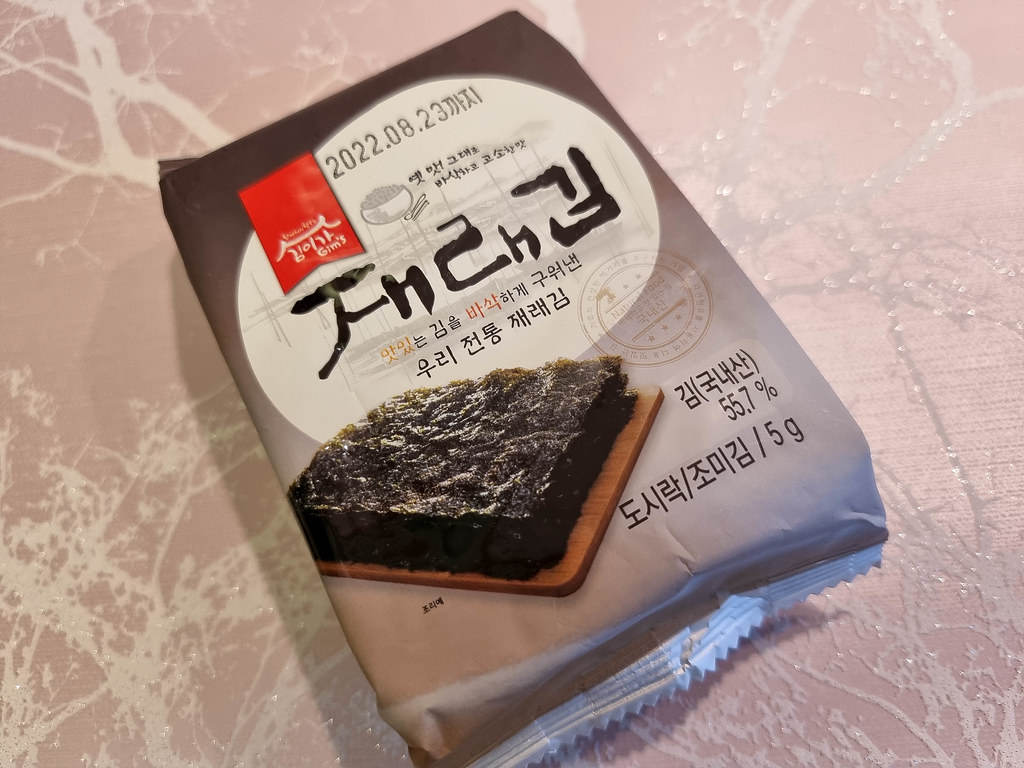 I have tried these dried roasted seaweed sheets before, and I liked them. I don’t really know exactly how to eat them, or if they are a side dish. I always had them as a healthy snack. They are crunchy, salty, and tasty. 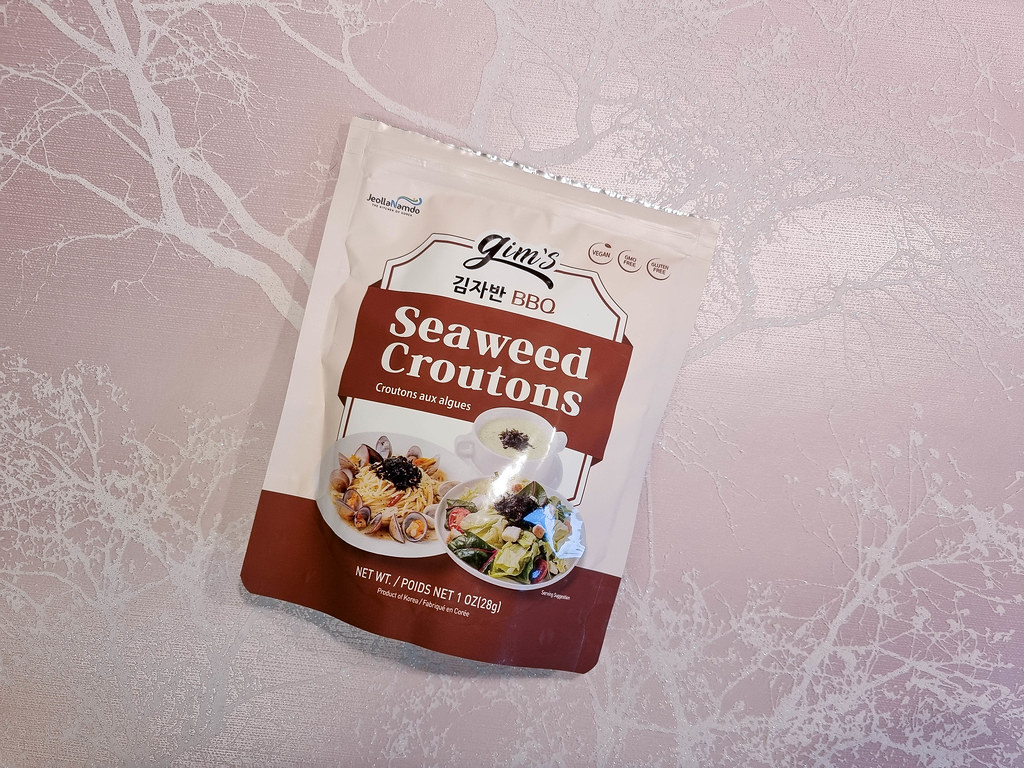 I was planning to top my Miyeok Guk soup with these seaweed croutons but when I opened the bag, I realised that it wouldn’t work. The texture is very crumbly, and they are not like croutons at all. I think they will be great toppers for salads and noodle dishes. The flavour is so intense! Salty, sweet and fishy, all at once. It was so good that I could create a delicious dish just my simply mixing it with plain rice. 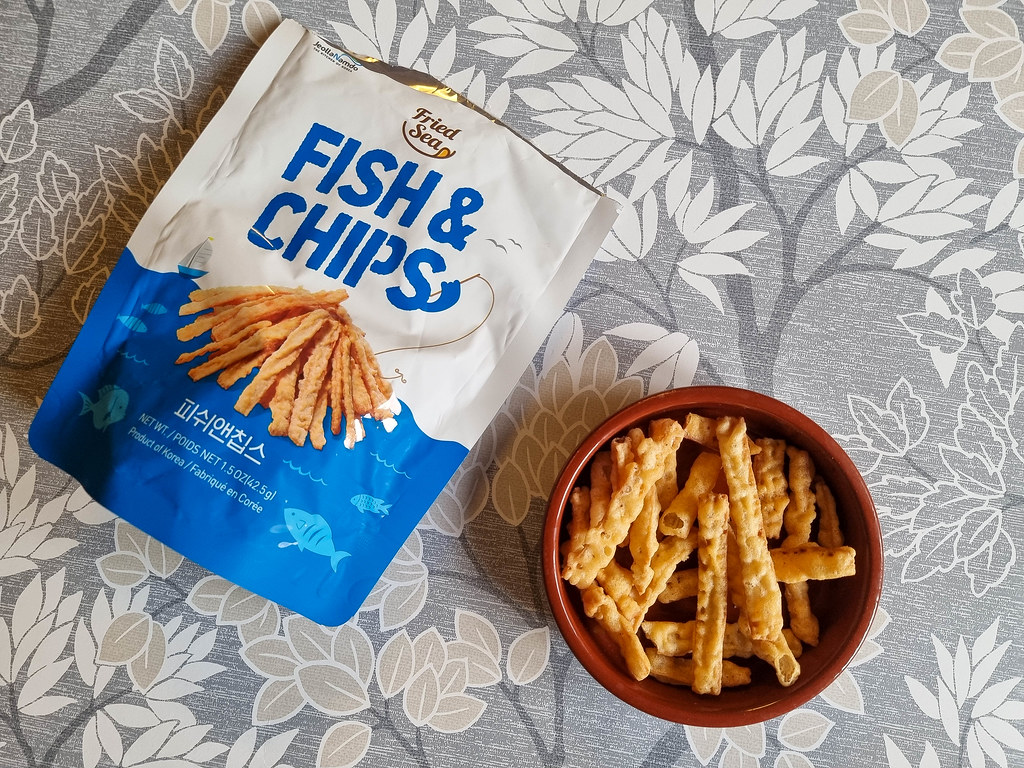 This snack really surprised me. I was expecting something fishy inside the bag but no, the taste of these little snacks was quite sweet. The snacks were shaped like matches and had a crunchy texture. On the pack it says that they are made with real fish, without any artificial flavours or additives. I ate them on their own as a snack, but I can imagine that they would make a great beer finger food. I really liked them. 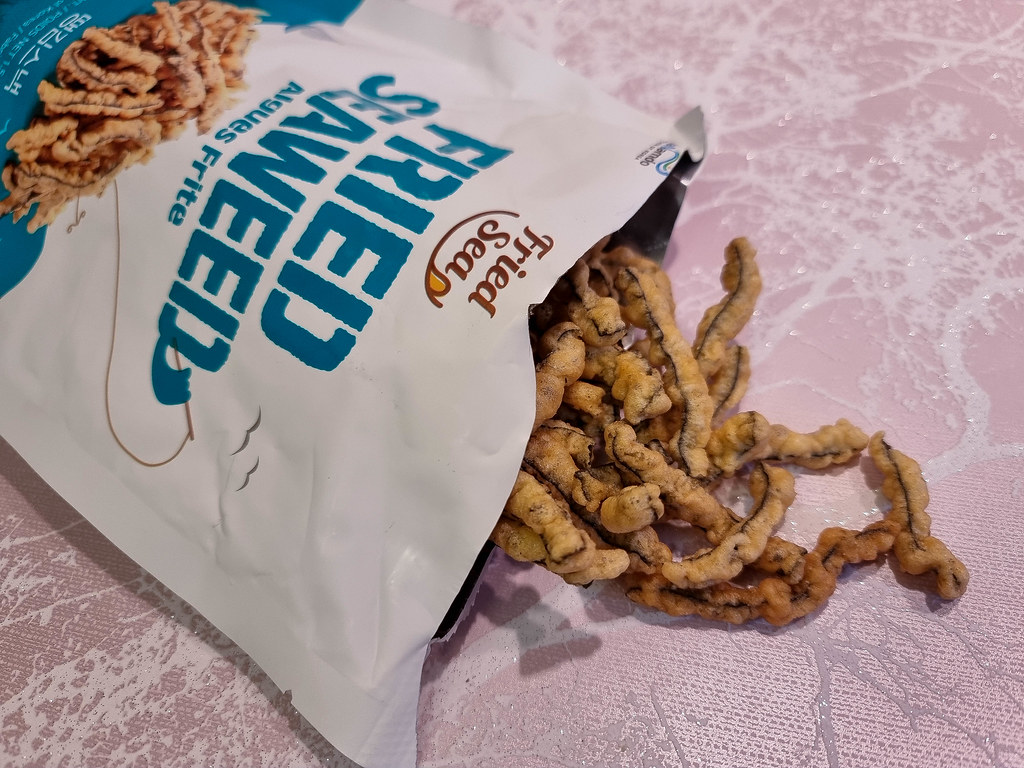 This snack tastes quite similar to the fish and chips one. It’s crunchy and sweet, but it has a more pronounced fishy flavour. They are both great and I don’t think I’d be able to choose which one I like best. 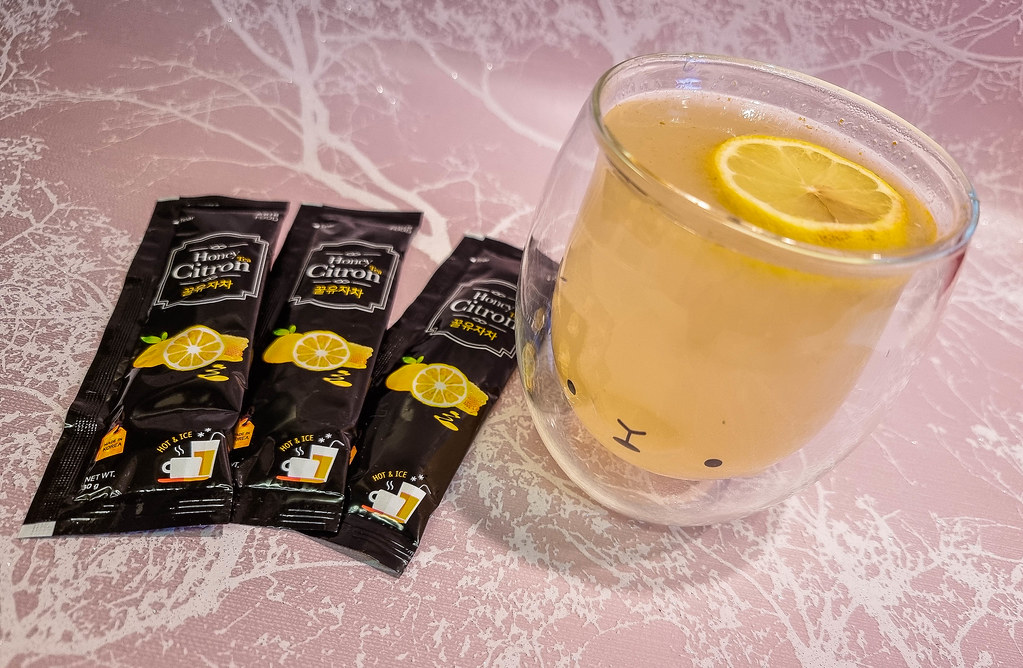 I have tasted Korean citrus tea before, and I remember thinking how unusual the pack looked like. In fact, the one I had before came in a jar, so even more curious. These little pouches are packed with lemon and honey flavour and make a delicious sweet cup of tea. I like to add a slice of fresh lemon. It’s the perfect drink for the cold evenings that we have had recently. It also makes a great before bed brew, that guarantees a good night’s sleep and sweet dreams.

About the Miyeok Guk Soup 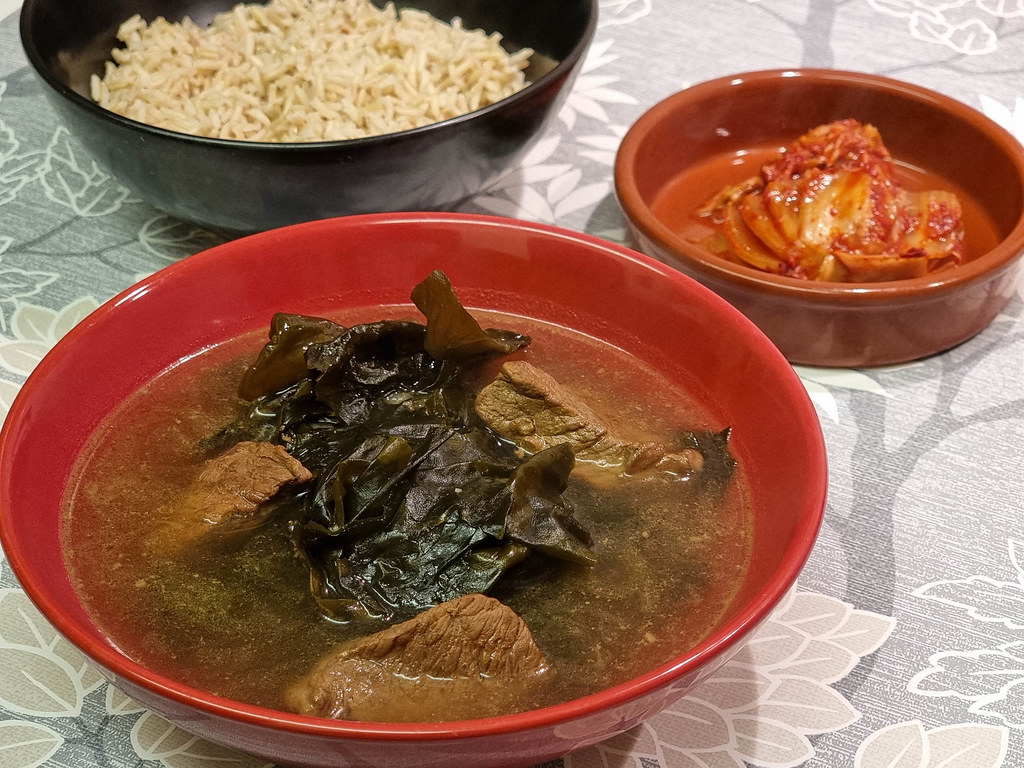 Besides being one of the most popular soups in Korea, Miyeok Guk is practically a Korean superfood. It is extremely nutritious, rich in vitamins, iron and calcium. Because of this, Miyeok Guk is given to women after they have given birth. This has created a tradition in Korea, as all Koreans are having Miyeok Guk for breakfast on their birthdays to remember their mothers’ efforts and to honour them for their love and care.

The main ingredients in the Miyeok Guk Soup are sea mustard, kelp and optional, beef. Sea mustard, or Miyeok in Korean, is a sea vegetable rich in Omega-3 acids, with a strong distinctive flavour. Kelp, or Dasima in Korean, is an alga high in antioxidants that has a fantastic umami flavour, and has been used for centuries to enhance soups and broths.

I really enjoyed the taste of the soup. I kept tasting it whilst I was making it and I thought that it wouldn’t reach that depth of flavour I was hoping for, but it did by the time it was ready.

I liked that the sea mustard didn’t soften up and the texture remained quite crunchy and a little chewy.  The flavour was deep and a bit salty. Thumbs up from me!

How to Make Miyeok Guk Soup

Making Miyeok Guk Soup is very easy. All you need are a few ingredients: Miyeok, Dasima, Soy Sauce, Water and optional, beef. I think the beef enhances the flavour of the soup, so I chose to add it. I also added an onion and a shallot. I always use onions when I cook, and this was my twist to this traditional recipe.

Before starting to cook, take into consideration that you will need 15-20 minutes to rehydrate the sea mustard and the kelp.