Every year, London Bridge Experience is having a special Halloween event called Phobophobia, where the already scary attraction is transformed into an even more terrifying experience. This year the theme of the event is The Ventriloquist Nightmare and if you find dummies, dolls and marionettes spooky, then you are in for a treat! The set of the London Bridge Experience is transformed into a multi-sensory experience like you haven’t encountered before, where all your senses are challenged and your ultimate fears brought to light… or shall I say darkness?

I was very excited when I received the invitation to attend the press preview of this year’s performance, which you have to know it will only take place from the 22nd until the 31st of October (you can buy your tickets from the Attraction Tix website where you can save 40% off the gate price).

The event started with a drinks reception which was animated by three of my greatest fears: snakes! I don’t know what everyone thinks about snakes but when I see one I usually start walking backwards and avoid eye contact. It took me a bit of time to gather my courage and step into the room where the reptiles were. They did look harmless and after a glass of wine I managed to approach one of them, the small red and white one called Jellybean. I found out from his keeper that he was only 3 years old and that his sight and sense of smell are terrible. I also found out that humans are not interesting for snakes because we are too big to be eaten and they will avoid attacking anyway if they are fed. 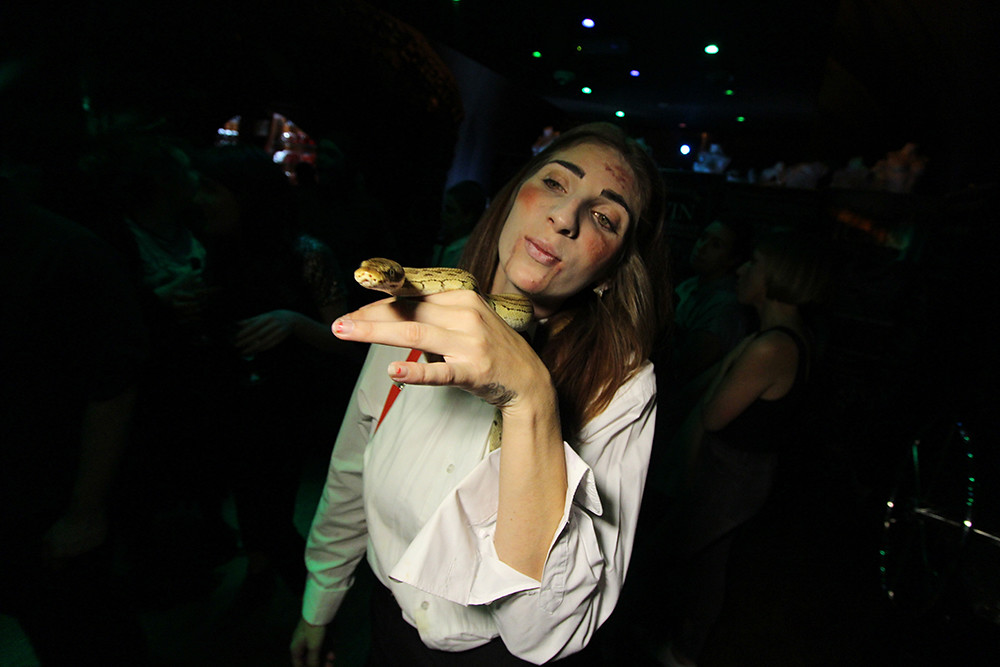 Time flied and soon enough my group’s turn to get into the dungeons arrived. I have never been to the London Bridge Experience before and I didn’t know what to expect. At the beginning we were 7 people led by the bloody butcher inside the first room but one of us couldn’t take the pressure and requested to get out after not even one minute. With one member already lost to the fear, we decided that it would be a good idea to hold our hands, even if we didn’t know each other. The butcher told us the story about his master, who was hiding somewhere inside the labyrinth and then waved good-bye, pointing us to the dark tunnel from where we could only hear others screaming. 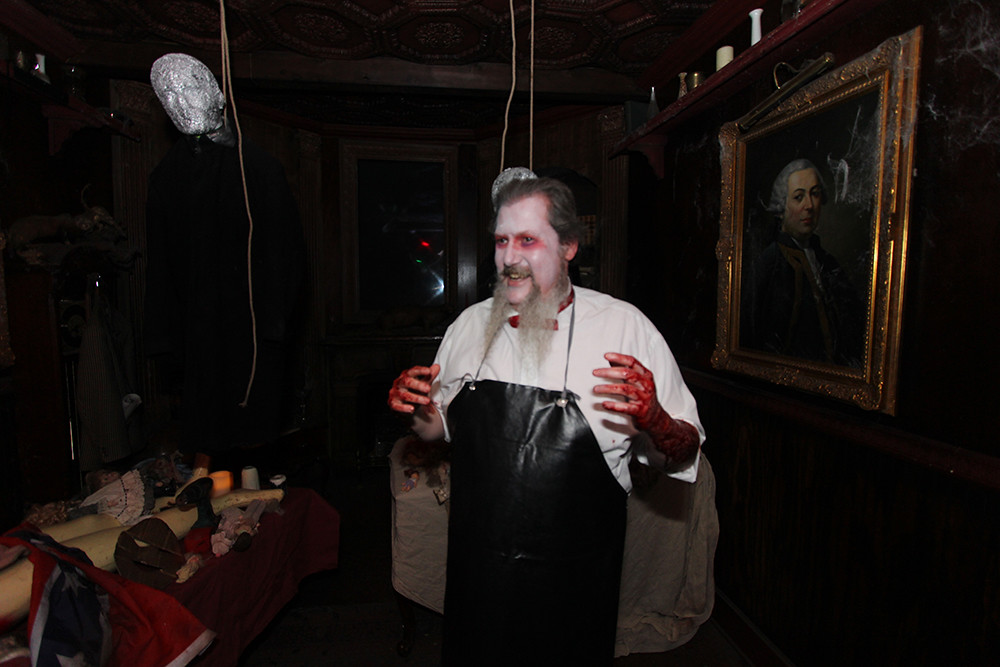 I won’t spoil the surprise and tell you what’s waiting for you inside the scary maze. I will however say that having been served wine before starting this experience helped a bit with the courage. The trail lasts for about half an hour and during all this time you walk through total darkness. Your eyes can’t properly adjust to the lighting conditions because of the strobe flashes and you can never know what’s coming for you. The set is very well designed with a lot of details and it’s also the home of the resident zombies, who bring the show to life. You never when when they will show up and touch you, while enjoying you scream. 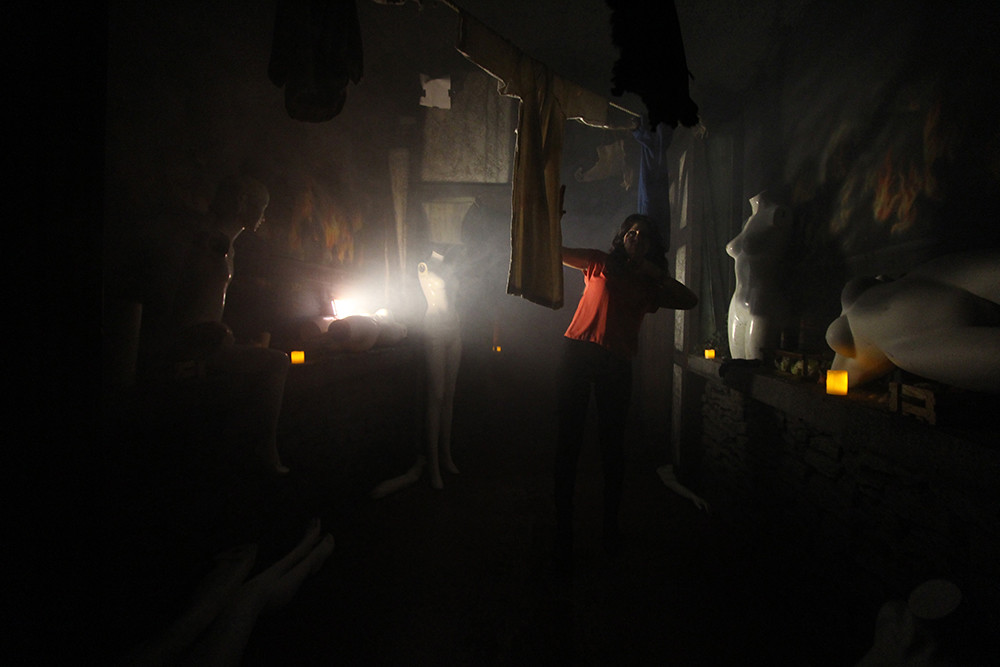 There are a few parts of the maze where your brain is challenged too into figuring out which is the right perspective. Am I standing still or am I going to roll over, I asked myself while stepping onto a very cleverly made bridge. When I thought I could see the ending and my heart started to calm down, the entire room transformed into a horror movie. “It’s not real, it’s not real, it’s not real” I kept telling myself, trying to find the exit. I won’t tell you what it is that scared me so much, but I can tell you that it feels very real. 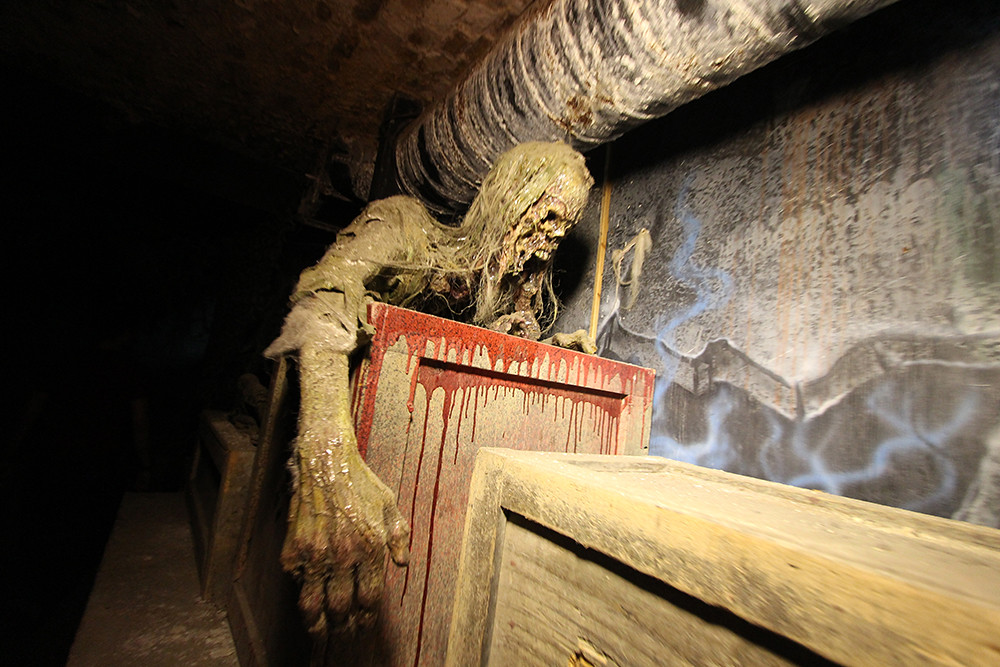 Phobophobia is an event not recommended for young children, women in the late stages of pregnancy, people with heart problems or nervous dispositions or people with claustrophobia or epilepsy because of the special light effects, loud noises and smoke. 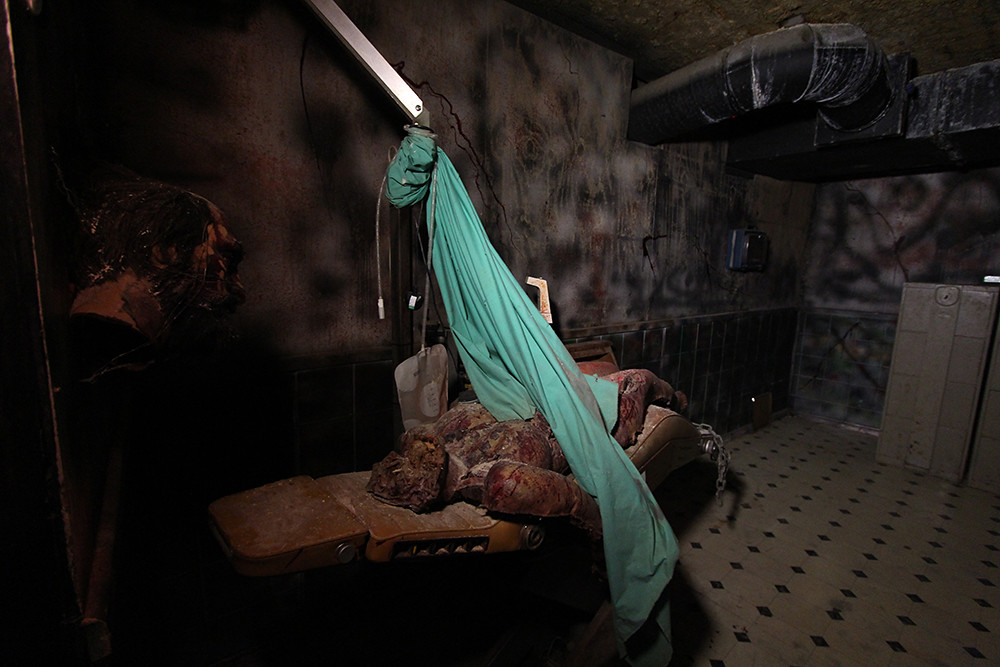 After the event I have spoken with James Kislingbury, the attraction director of the London Bridge Experience, about how the entire maze was built. He told me that even if the location itself it’s creepy enough, there is a lot of work put into each show’s design. He mentioned that even if this is an American concept, everything at the London Bridge Experience is British. No wonder that it has won the prize for the UK’s Scariest Attraction so many years in a row. The difference is in the details, and while at other attractions, when you look behind all you can see are the lights and the backstage, if you turn around inside the maze at the London Bridge Experience the scenery doesn’t change. You are still in a nightmare and you are still surrounded by fear.

So, I am asking you now, are you brave enough to face your fears and go down the labyrinths of Phobophobia? 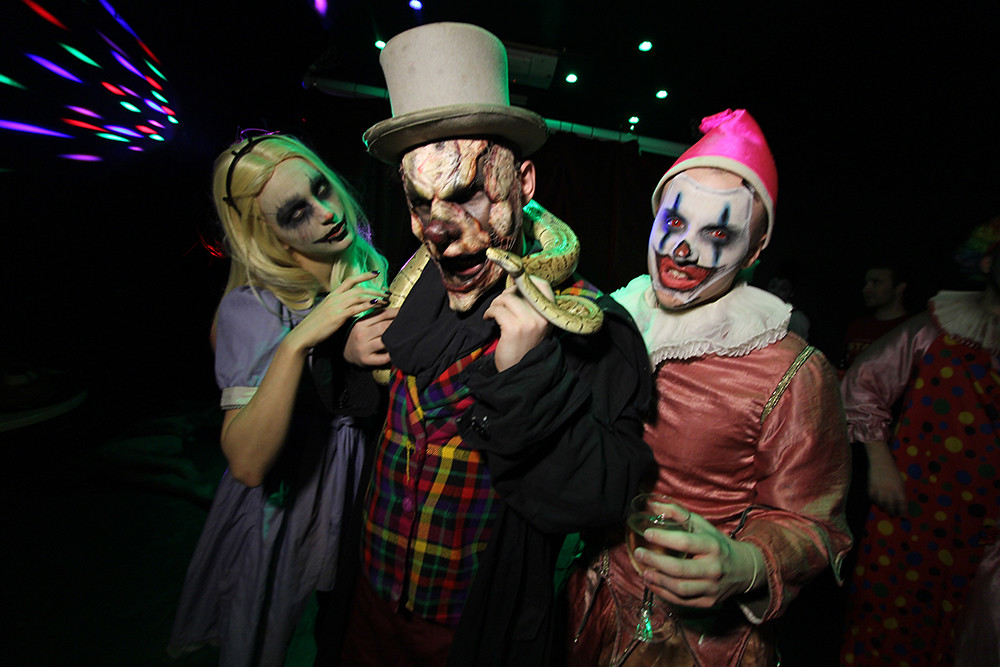 40 thoughts on “Phobophobia – The Ventriloquist Nightmare: are you ready to face your biggest fears?”