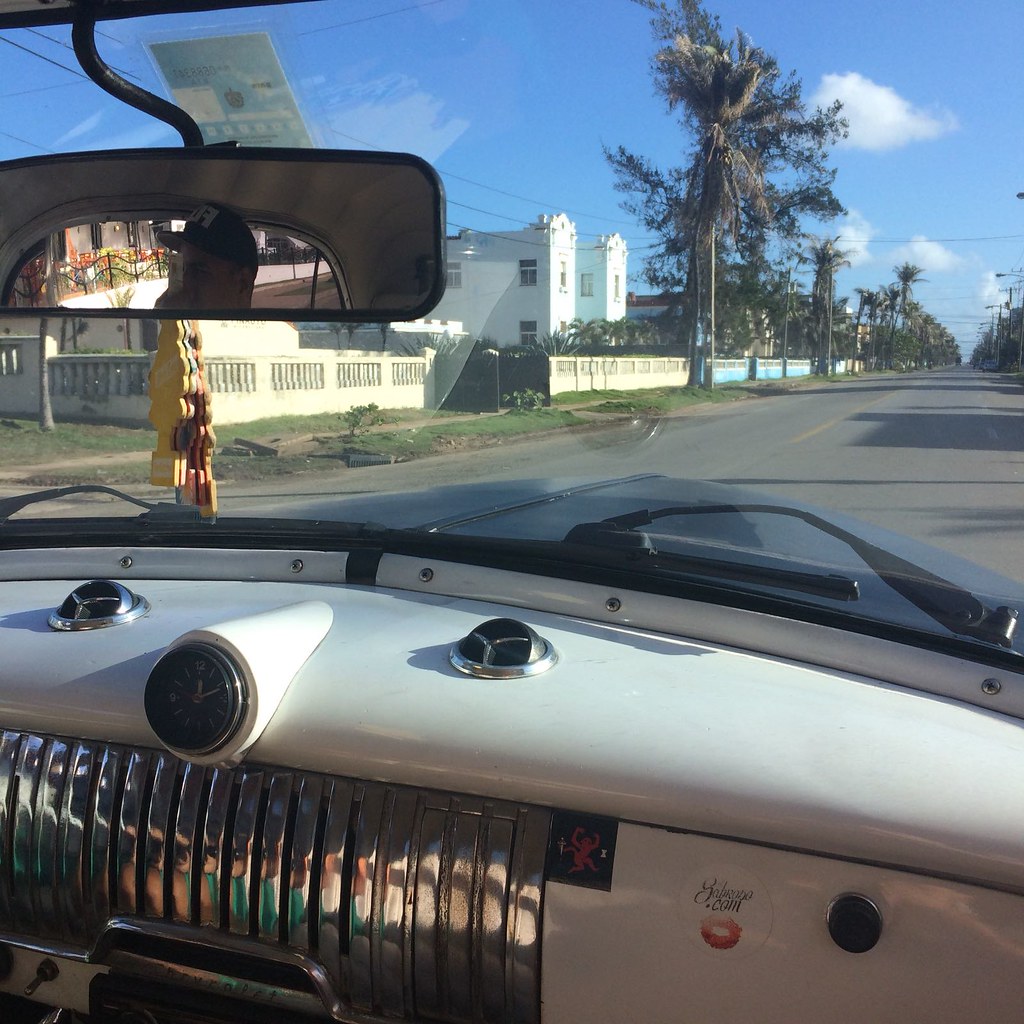 Something to know about transport in Cuba – it’s very, very tricky. There are various ways to get around, and most of them are slightly unreliable, many of them are unnervingly crowded and some are occasionally infuriating. If Danny and I need to get into old Havana from where we live, we usually flag down a so-called ‘maquina’ – one of the huge, rumbling 1950s beasts that make their way along certain routes, picking up and dropping off people along the way. For us, it’s a very cheap way to travel – one dollar or less – and is relatively comfortable as long as you can wedge in by the window, and as long as you can avoid becoming the human filling in a large-man sandwich.  We invariably end up smelling like Lada exhaust, but that’s kind of par for the course in Havana anyway, regardless of your mode of transport. The maquina cars are not regulated by a central office, cannot be booked, are usually privately owned or rented, and as you hop out, invariably someone else is clambering inside. Whilst this tale is not about transport, it does start with a ride in such a car.

Before we get to that, here’s something else to know about Cuba – it is not easy to get a good phone here. Your first option is to spend 20 dollars on a cheapy phone and pretend its 1999 again. Or, you could spend double the retail value of a new phone, maybe in one of the stores in the Hotel Manzana mall or at the Samsung Store at 3ra y 70. Your last option is buy that phone off a guy who knows a guy whose sister’s neighbour has phones to sell… but goodness only knows where that phone came from. So, if you are the proud owner of a clean, unlocked phone, you are a lucky person.

You can probably tell where this is going. One sunny Sunday, we caught a grand, old rusty blue car just down the street from our house, and had a very pleasant, not too sweaty or smelly ride into the centre of Havana. We hopped out and got on with our day. Ten minutes later, Danny realised that (a) he didn’t have his phone on him, (b) he had left his phone on the seat of the car we had caught into town and (c) there was absolutely no way he was ever going to see that phone again. No way AT ALL. 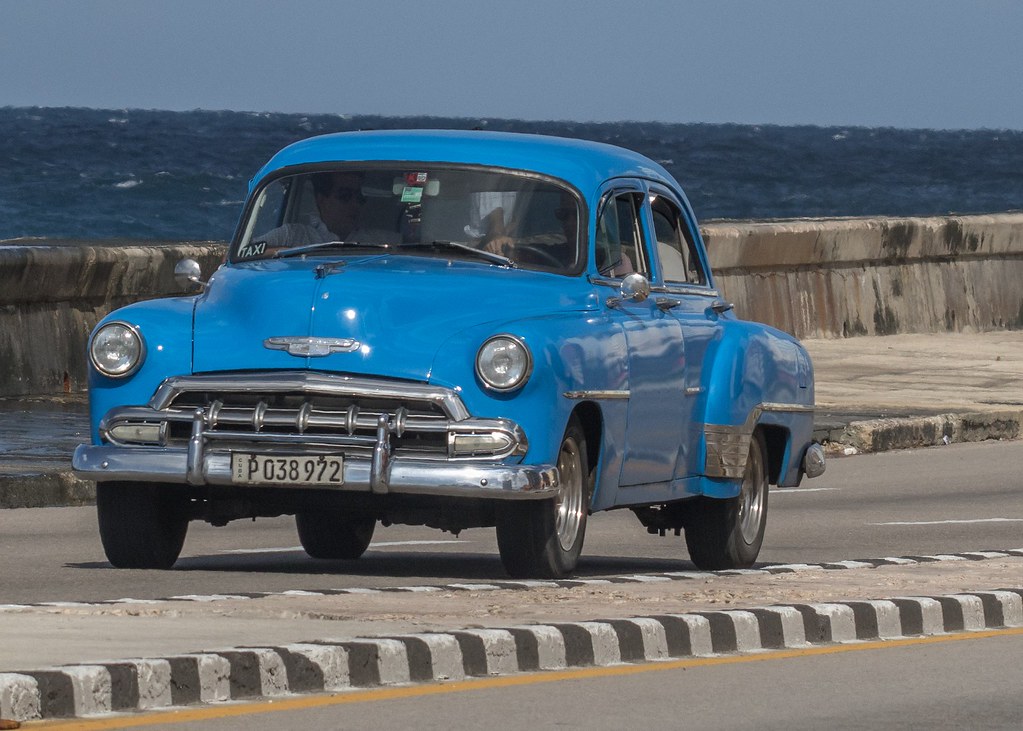 Consider this. As we got out of the car, other people were getting in. In the ten minutes it took us to realise we didn’t have the phone, around six or seven people had probably been in and out of that back seat, and the car could be anywhere in the labyrinthine streets of the city or out on its way back to Playa. Most, if not all of its passengers would have been local. Most, if not all of those people might earn as little as 20 dollars in a month. That phone, sold on, would fetch around 600 dollars. It was hard to imagine someone passing up on the chance to make that much money. Even if the phone-finder decided not to sell the phone, we couldn’t believe that they would pass it back when it was such a nice piece of clean technology. We couldn’t even bring ourselves to feel angry at the person we imagined had found the phone – it is hard to imagine someone who is struggling to make ends meet pass up on an opportunity for some cash, or the chance to enjoy a really nice new phone themselves. It would be a little bit like finding a winning lottery ticket and then throwing it away again.

However, we maintained our faith in human nature, karma and several other belief systems for a while, continually calling the phone and hoping desperately that someone would answer it. They didn’t. We called and called and it rang and rang; 56 times in the end. Eventually, our calls didn’t even connect anymore. The phone had been turned off. We assumed the worst and then had to engage with another occasionally frustrating aspect of life in Cuba – connectivity. With no data roaming here, there was no way to go online to the ‘findmyphone’ apps. Feeling rather glum, we walked the 20 minutes to the Etecsa office – the phone, internet and wifi provider in Cuba (nationally owned of course). Danny cancelled his SIM card and got a replacement. Meanwhile, I stared helplessly at the online phone tracking site as it completely failed to even load the map. And then we tried to move on with our lives, with just the occasional thought of ‘If Only I Had…’.

Later that evening, with the new SIM card inserted into my phone so that Danny could check his messages, a call came in. The number was local, but unidentified – of course it was, Danny’s contacts were all gone. Assuming it was just a friend, he picked up. I watched as he listened, his eyes widening. As the conversation went on, it was obvious that, unbelievably, this person both had Danny’s phone AND was planning to return it. How could that have happened?! We found out the next day, when Danny met the phone saviour and her boyfriend for lunch.

Phone-savior Leidys had hopped into the blue beast just after we disembarked, and immediately spotted the phone on the back seat. She also realised it was a very expensive, virtually new phone. It was also ringing, again, and again, and again, from the same number (a ‘man’ called Bethan – my apparently masculine-sounding name causing gender confusion yet again). She got nervous, unsure of what to do and whether to pick up or not.  After about ten minutes, she felt so concerned that she just turned the phone off. At home that evening, she waited for her partner to return and together they discussed the situation. Predictably, they were advised to sell the phone and make a significant amount of money for themselves. We will never know how far down that route they went, but at some point, they realised that the phone was locked. Having removed the SD card, they went through the photos to see if there was any clue about the owner of the phone. They came across a photo of Danny’s passport page (thanks to our recent travels, it happened to be in there!) and managed to link some of the personal details to his phone account by calling Etecsa. There were two numbers listed under Danny’s name – his and mine. They called his number and that was that. 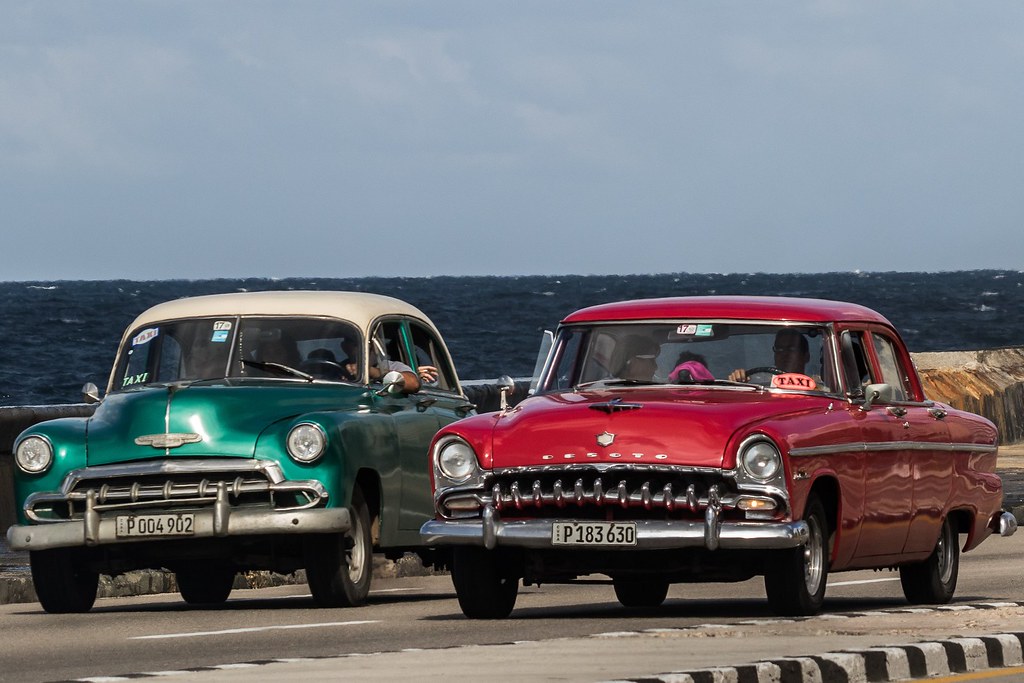 The following day, a very grateful Danny met them both for lunch and tried to reimburse them for their trouble and their good deed. They refused, of course, which was in keeping with their conscientious actions so far.  We have since met them for dinner and we keep in touch – we will always be so grateful to them both. Grateful for the actual return of the phone itself, but more so for reminding us that there are so many wonderful people in the world.

A message from Bethan: What would you like to know about our life in Cuba?  Please leave a comment and let me know. Please also have a look at our Instagram snaps: www.instagram.com/at_home_in_cuba

43 thoughts on “Something lovely that happened one Sunday in Havana”