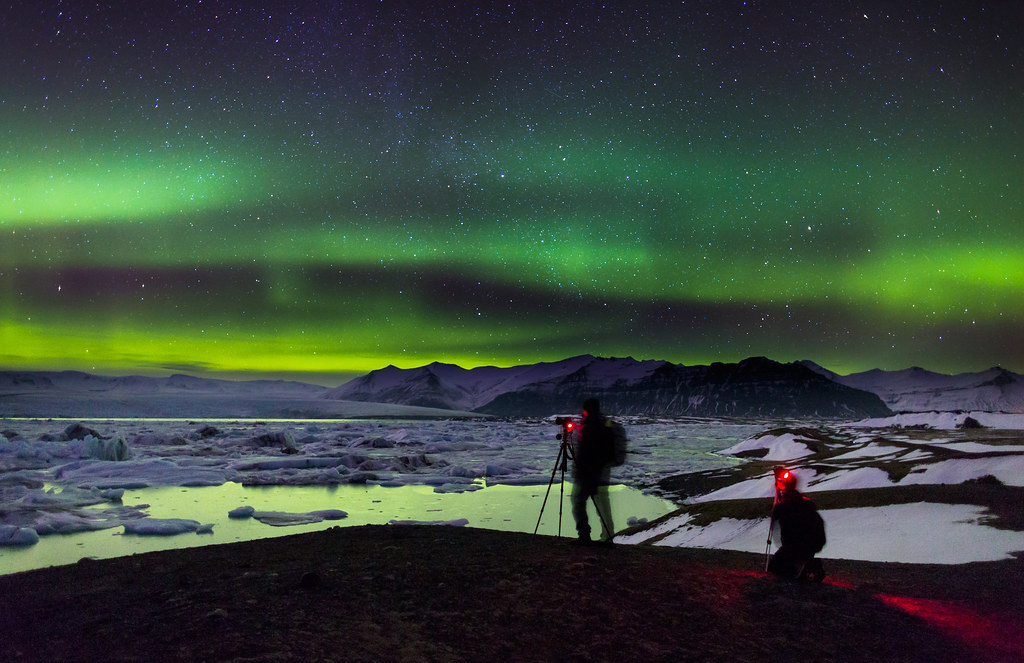 Ever since I was a little girl I remember hearing about this fantasy land where on the sky full of stars magical green lights start to dance over the icy ground underneath. When I grew up I’ve learned that the magic green light is real and it has a beautiful name: The Aurora Borealis.

During the history of the world, the Aurora has been the subject of many myths and legends all around Scandinavia but also reaching Greece and China. In Iceland, people believed that the Northern Lights were forces that were easing the process of childbirth. However, women weren’t supposed to look at them to prevent their newborn babies to be cross-eyed.

But what are the Northern Lights

Science tells us that the Northern Lights are caused by the collision between electrically charged particles released from the sun, which enter the Earth’s atmosphere and collide with the oxygen and nitrogen. This phenomenon occurs close to the magnetic poles of the Earth and it can’t be visible if there is light pollution in the area from where you are watching. The closer you are to the North Pole, the more chances you have to spot the magic lights in the sky, this is why Iceland is the perfect location for chasing the Aurora Borealis.

Prepare your trip to Iceland with Lonely Planet Guidebooks

The perfect conditions for seeing the Aurora are from September until March, on a dark clear night. The Auroras are very difficult to predict more than two hours before they happen. The optimum time to observe the Aurora is between 9:30 PM and 1 AM.

Find the cheapest flight to Reykjavik

The capital of Iceland is a charming city, bursting with life but also a hub for history lovers, with a museum dedicated to the Vikings. It is the world’s most northern capital and a very popular destination for tourists. Reykjavik is also famous for its great nightlife, with over 100 different bars and clubs for a population of only around 123,300 people.

If you are flying to Iceland only for a weekend, then Reykjavik is the best place to base yourself. During the day you can enjoy what the city has to offer and during the evening you can book a tour to take you out of the capital for a chance to see the Northern Lights.

If you have time to explore Iceland, here is a helpful guide for a 5 days itinerary in Iceland, in winter. 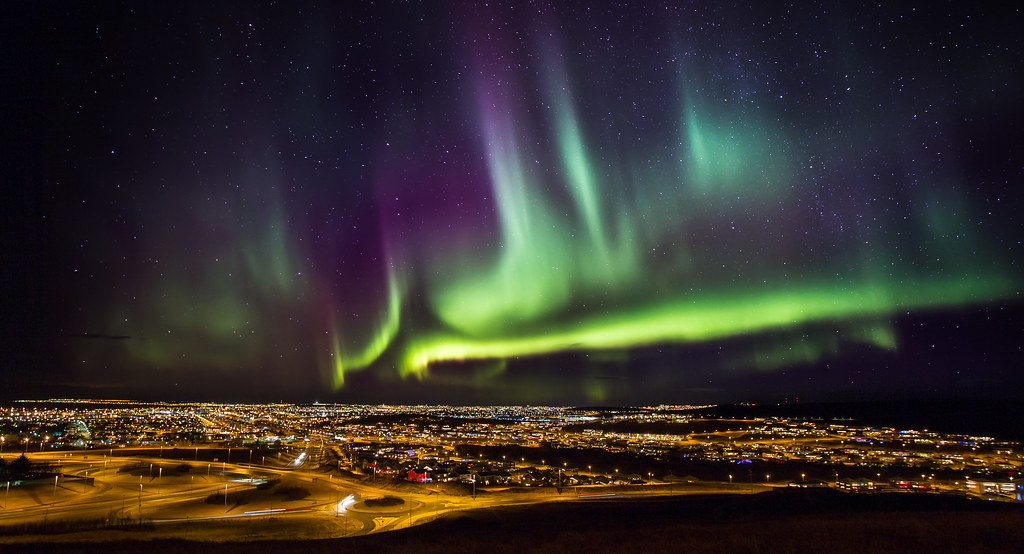 Probably the most famous landmark of Reykjavik is Hallgrímskirkja church, with its tower visible from everywhere in the city. Built in 1937 by Guðjón Samúelsson who was inspired by the different shapes the lava creates when cools down, the church is the home of an outstanding 15m tall pipe organ.

Reykjavík is also the home of the largest whales exhibition in the world, featuring 23 life-size models of the species found in the Icelandic waters. The capital of Iceland is quite small so you can easily spend a day in Reykjavik and see all the touristic places in the city.

If you don’t fancy staying in the capital, there are other options as well as unique places to stay around the island. You can even try camping under the stars if you feel adventurous! From Reykjavik, you can always book a Golden Circle Day Tour or go to the Blue Lagoon (make sure to pre-book).  You can go horse riding in Iceland before hopping on a boat to go hunting for the aurora, alongside the coastline of Reykjavik, to avoid the city lights. 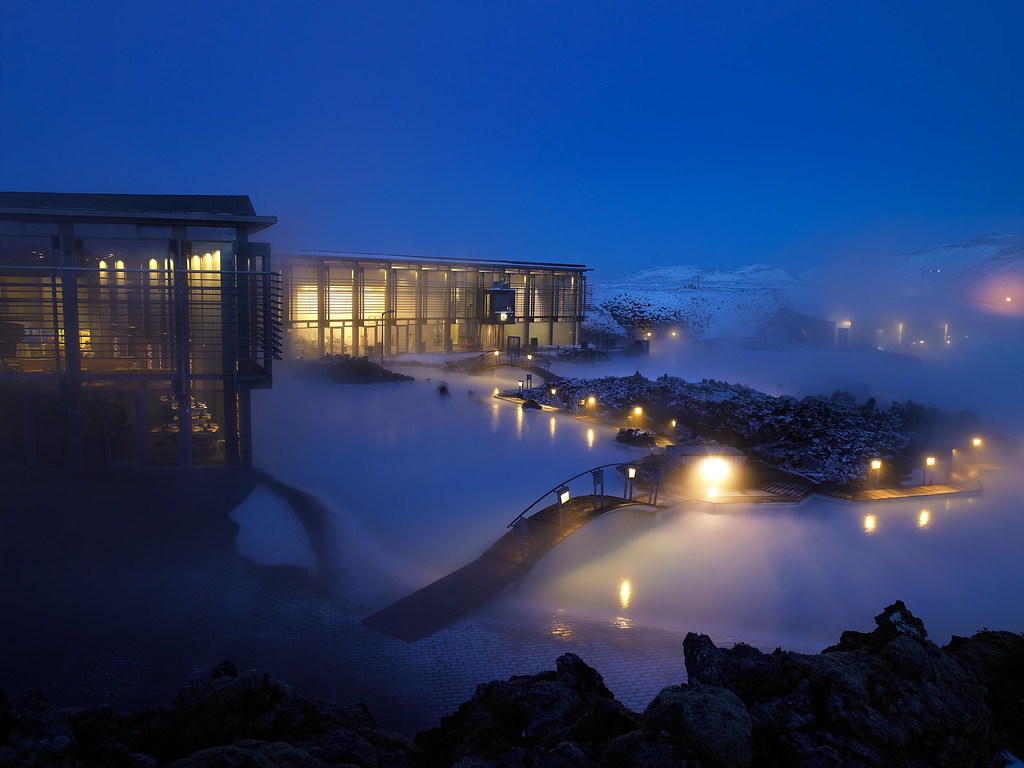 Read more about how to plan a 9 day Ring Road Itinerary in Iceland.

Vík is a remote village next to a glacier covered volcano. It is famous for its black sand beaches and the natural environment, being the only village in Iceland by the sea without a harbor. In winter, you can explore the area around Vik in a fun way, by snowmobile, experiencing the wilderness of the glacier. There is even a golf course just outside of the village. 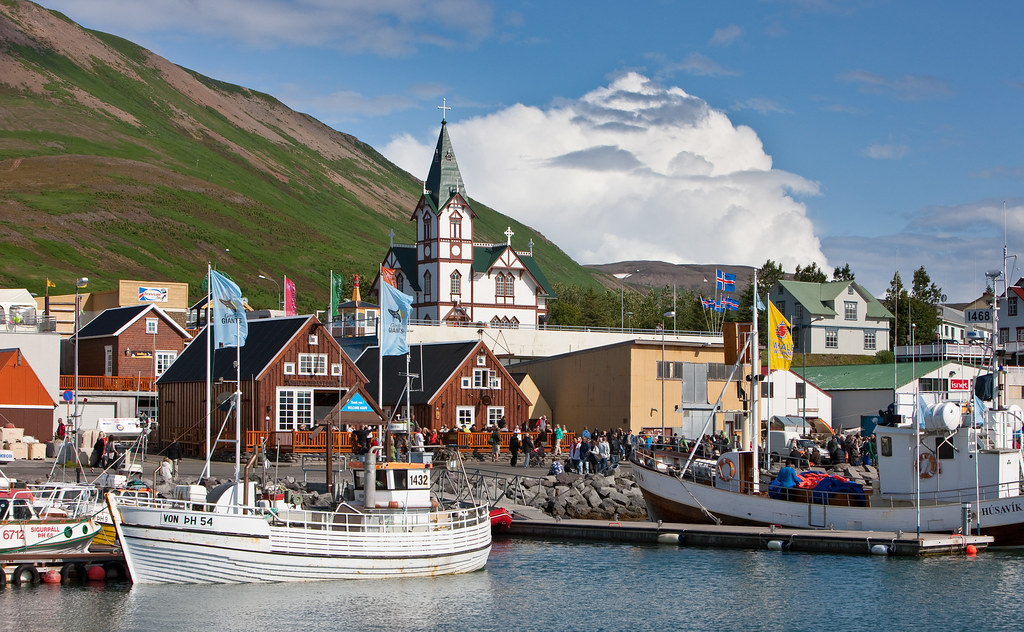 Vik is also the home of a small hand-made ice cream company which sells their products at every restaurant in the area using local milk. Make sure to order some Fossis for dessert when you dine out in Vik.

If you travel on a budget, definitely check out this guide on how to save money in Iceland.

A World Heritage Site since 2004, Thingvellir National Park lies 40 km from Reykjavik and is the home of the largest natural lake in the country. The scenery of the National Park is unique because of its positioning at the border between the Eurasian tectonic plate and the North American one. The landscape is grooved by cracks with the largest one being a canyon. Many earthquakes take place here as well. 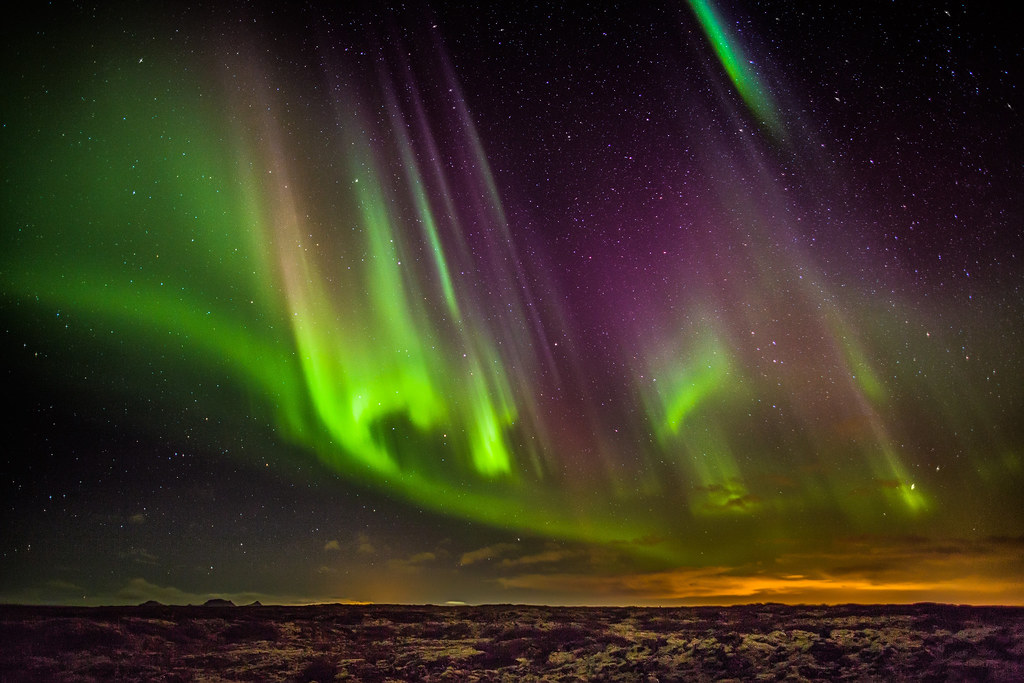 The Thingvellir National Park is perfect as a base for the Northern lights due to its million stars hotel, The Buubble.  This hotel has 5 transparent “bubbles” located in the forest, with completely see through walls and only a bed inside. It is the perfect place to admire the Aurora from whilst in the comfort of a warm location and a comfy bed.

If you plan on renting a car to have freedom of exploring the National Park, here is a guide with all the thinks you need to know about driving in Iceland.

Another great national park from where you can admire the Northern Lights in a different, white scenery, is Vatnajökull. The National Park shares its name with Europe’s largest glacier, with the ice cap rising in some parts to over 2,000 meters above the sea level. It covers almost 10% of Iceland’s entire land and it covers quite a few volcanos underneath the thick ice.

Vatnajökull National Park is a great place to chase the aurora from if you don’t like cold weather. The temperature here rarely goes below -10, even in winter. 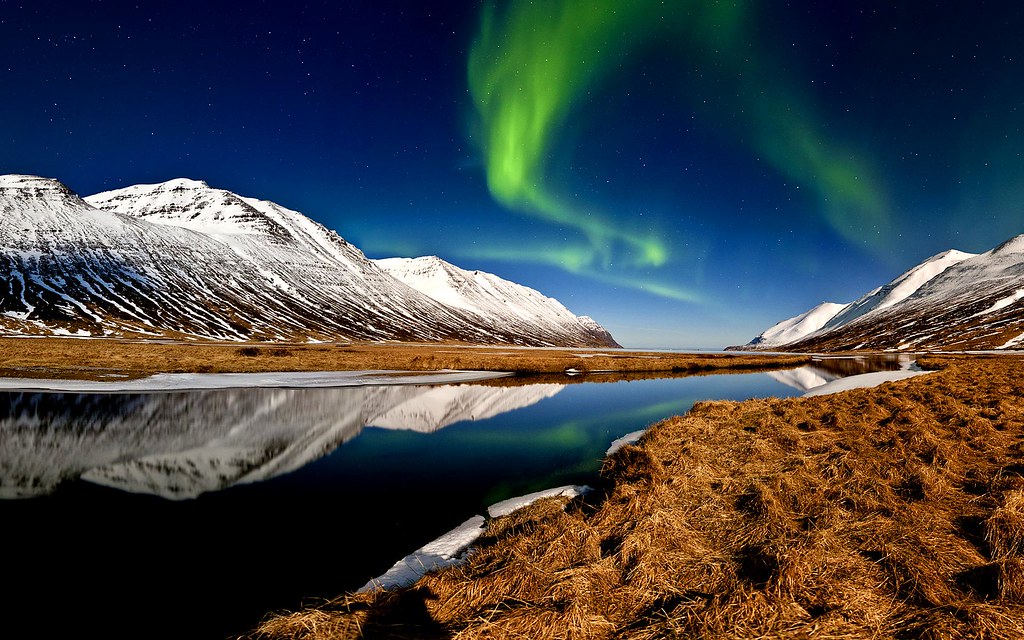 If you are watching Game of Thrones then you will probably recognize Vatnajökull National Park as the filming location of the land beyond the wall.

Where would you go to chase the Aurora from?

75 thoughts on “The best places to watch the Northern Lights from, in Iceland”