As I person who has extensively traveled the world for the past 10 years, who finds herself on a bus, train or plane at least once a month, you wouldn’t imagine that I struggle with two of the most terrible travel related “diseases”, if I can call them like this: fear of flying and motion sickness.

While the fear of flying doesn’t really have a cure (trust me, I have tried everything and the only way I survive a flight at the moment is by drinking a little bit more wine that I should), for the motion sickness there are plenty of solutions. “Do they work”, you may ask? To be fair, not really. The only drug that works for me is Stugeron 15 (which contains cinnarizine and you can buy it over the counter in Boots), but the problem with it is that it affects my sensitive stomach so I can only take it when it’s really necessary, on long trips. Wrist bands? A waste of money I would say.

I first discovered that something was wrong when I was just a child and my mother used to bring books on the 6 hours drive to my grandparent’s house. Every time I would get sick but nobody realised that it was because I was reading. Further on in life, the moment when I realised that I was actually suffering from motion sickness was when I was traveling through Vietnam, on 24 hours long bus rides. I remember buying the second volume of the Millennium series, The girl who played with fire by Stieg Larsson, as a way to pass the time faster. I was lying in my tiny bed on the bus, reading, when I noticed that something was wrong. “Could it be because I am reading?”, I asked myself after passing through all the possible scenarios, including food poisoning. And I was right, I was feeling bad because I was reading. That was when I knew that I suffer from motion sickness.

My last “adventure” with anti-motion sickness drugs was when I sailed to France and didn’t have time to buy the usual medicine. So I bought one in France, with a different active substance, thinking that they are same. Did I get motion sickness? No, but I did get all the side effects of the pills, which made me unable to function properly for the next 3 days! Imagine being dizzy and feeling like the world is spinning around every time you blink. 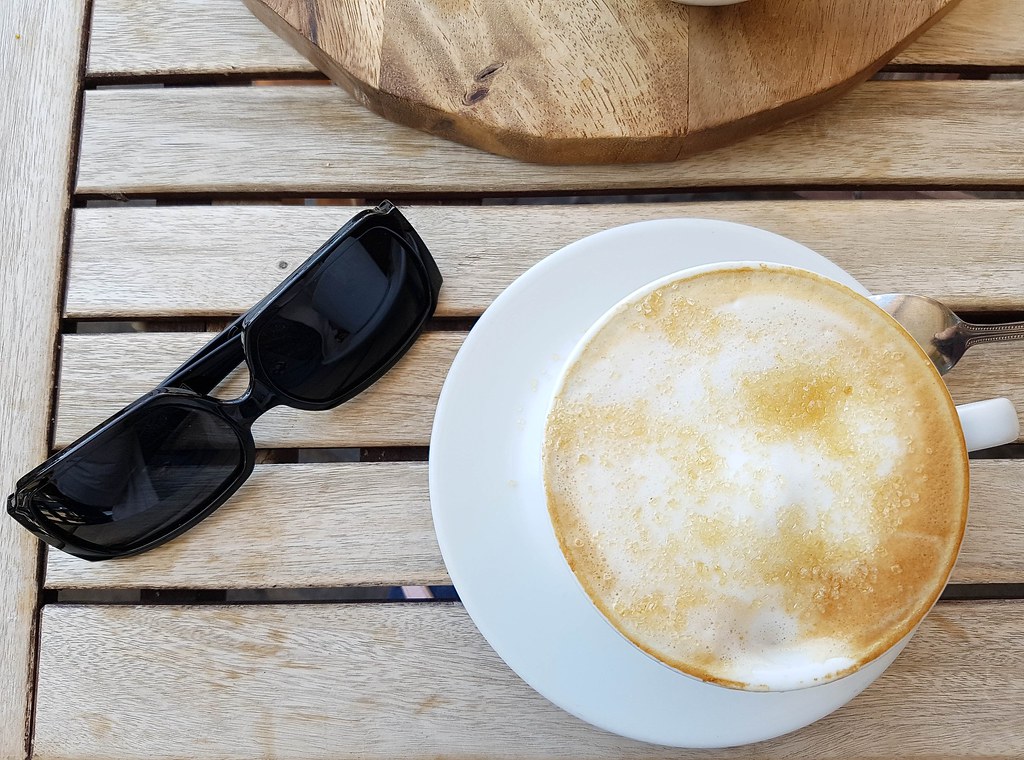 When I received the pair of anti motion sickness sunglasses from TravelShades I was skeptical and didn’t think they would work because of my past experience with other natural reliefs. However, I did take them with me on my next bus trip to the airport. It was 3AM and I was the only passenger on the bus until the first stop. I could feel every single roundabout, every single curve, and my stomach was not liking the movement. By the time we reached our first stop, in 20 minutes, I was already in agony so I decided to put the TravelShades on and ignore that it’s night and everyone is going to look at me in a strange way. With my sight restricted, I could only see the street lights on the right side of me passing fast one after another. In 10 minutes I was sleeping and soon my nausea went away as well.

Happy with the result and arriving at the airport without any signs of motion sickness, I continued wearing the TravelShades during the car rides on the curvy roads in Spain and they worked every time. I have also avoided looking at my phone or reading while in the car. 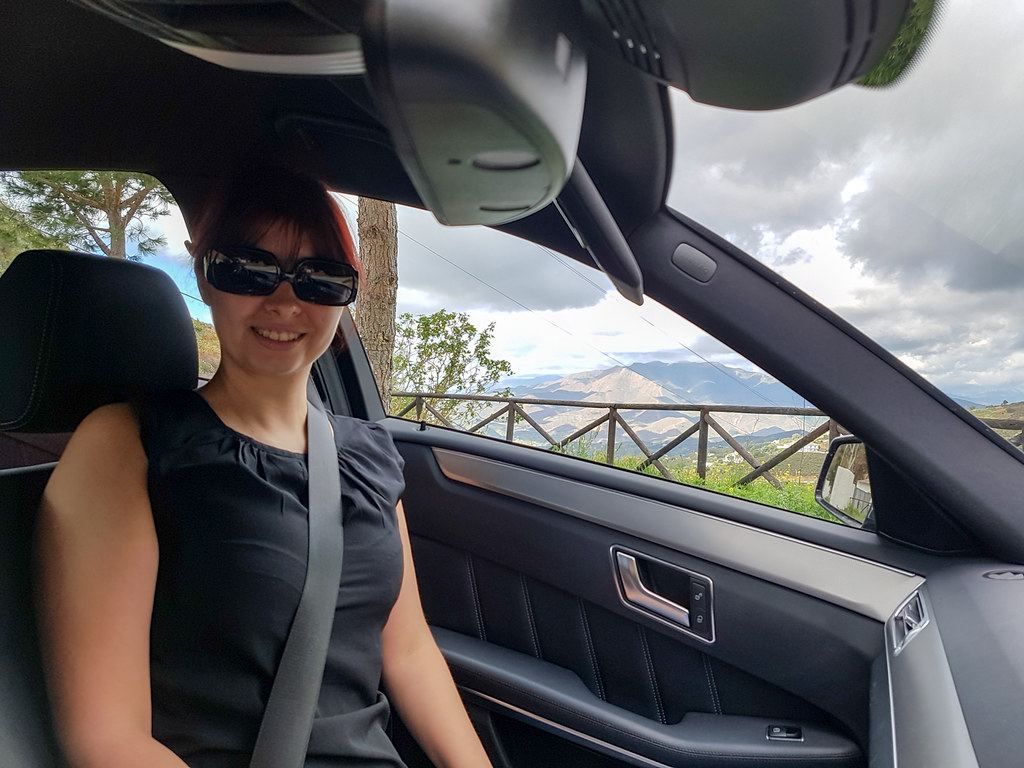 The principle behind the TravelShades is based on how our brain receives mixed signals from our eyes and inner ears when we are in a moving vehicle. Motion sickness happens when you can’t feel the motion that your eyes see: your eyes are telling the brain that you are moving at a fast speed, but your inner ear it tells it that you are standing still on a chair. TravelShades are designed to reduce our vision from 3D to 2D through an opaque lens. This way the glasses are reducing the conflicting messages sent by our eyes to the brain.

TravelShades have a symmetrical design, which means that you can choose which eye you want to cover and the sunglasses will look and feel the same when you wear them. One lens is covered so that you can still see the world with one eye, but you can’t “see the motion”. 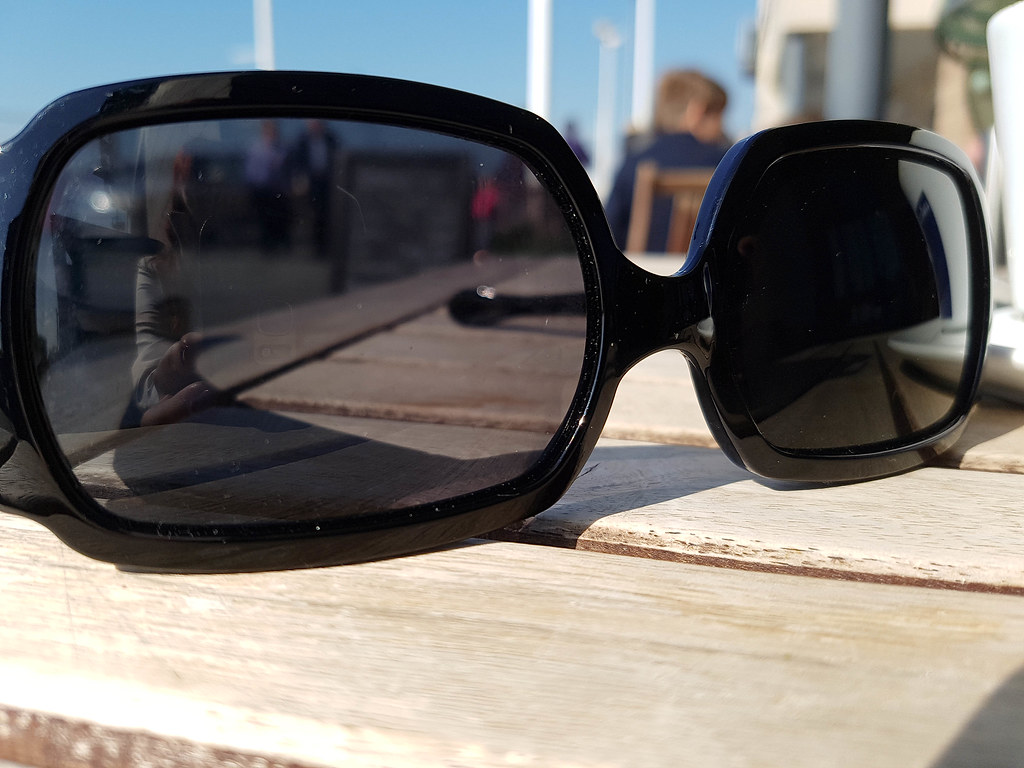 Another place where I tested the TravelShades was on a 4 hour ferry journey. The sea was quite rough and the decks were closed because of it. A lot of passengers were sick that day, which made the captain ask everyone to move towards the middle of the ship, for their comfort. I put the TravelShades on and found a comfy seat near the cafe. Soon, I dozed off peacefully, without any symptoms, listening to the music coming from the games room.

Do TravelShades work? Are TravelShades a real drug-free remedy for motion sickness? They worked for me! I am looking forward in having a long lasting relationship with TravelShades and hopefully forget about motion sickness once and for all. I am happy to recommend them as a great alternative to medicine. You can find our more about how they work and when you will be able to buy them by visiting the TravelShades website.

Disclaimer: Please note that I received TravelShades for free to review them. However, all comments and opinions in this article are my own.

56 thoughts on “TravelShades – A Drug-Free Remedy Against Motion Sickness”