I can’t count the number of times when I looked up in the sky and watched the stars. Probably the best place I have stargazed was up high in the Andes Mountains, in Peru, at over 3000 meters, trying to identify the constellations the Incas would see and guide upon in the past. I remember being inside my tent, with the zipper barely open to prevent the freezing cold coming in, watching up fascinated by how close the stars seemed to be. My camera was outside the tent, pointed towards the sky and fixed inside my shoe (which was trying to replace a tripod).

It’s amazing how when there’s no light around you can see millions and millions of stars above your head. And up in the mountains, where there’s no other soul around, you are surrounded by them and you feel like stepping into a world of tiny flares igniting the darkness of the night. 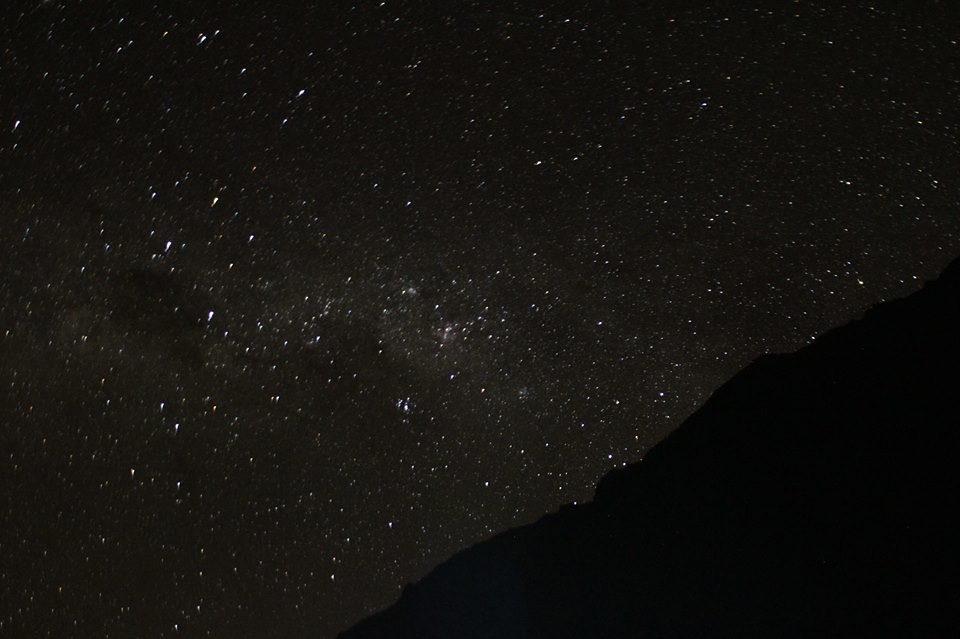 In a couple of days, on the 1st of April, it would have been my grandma’s birthday. She died almost 8 years ago because of a stupid medical error, because a doctor could not recognise a stroke… My grandma was the most important person in my life, she was the one who raised me, who loved me unconditioned, who tried to give me everything, even if she didn’t have much. She was the one I thought would never die, I thought we would always have one another. So when death took her apart, suddenly, on a cold December day, I got lost and my world collapsed. I stopped going to school, I stopped eating, I couldn’t feel anything but pain inside me. And I would look up, towards the sky, and imagine she is there, among the stars, watching over me.

Every year, on her birthday, I would buy her the biggest and the most beautiful bunch of flowers I could find. And every year she would be surprised by it, she would tell me that I shouldn’t have had to because she is old, and she has flowers in her garden. But she would always put it on the living room table, and she would take so much care of it. She was so proud of me. She would always praise me and everything I did to her sister and to her neighbors. Even if she was 80 years old, she was always excited about new things. I remember how proud she was to tell her friends that I showed her my uni exam grades on the internet, without even knowing what the internet was. She was a special woman, she was my “Mamaie”. And she left a huge emptiness inside me when she left to the stars.

It’s been 8 years since I wasn’t able to buy her flowers for her birthday. I used to go to the cemetery in the first years but now, living in a different country, I can’t go anymore. This year however it is the year when I can show my appreciation for everything that she did for me and for all the love she surrounded me with. Thanks to the Star-Name-Registry my grandma will live forever among the stars and every time I will look up I’ll know that on the night’s sky there is a star named “Magdalena”. And it’s my grandma’s star. 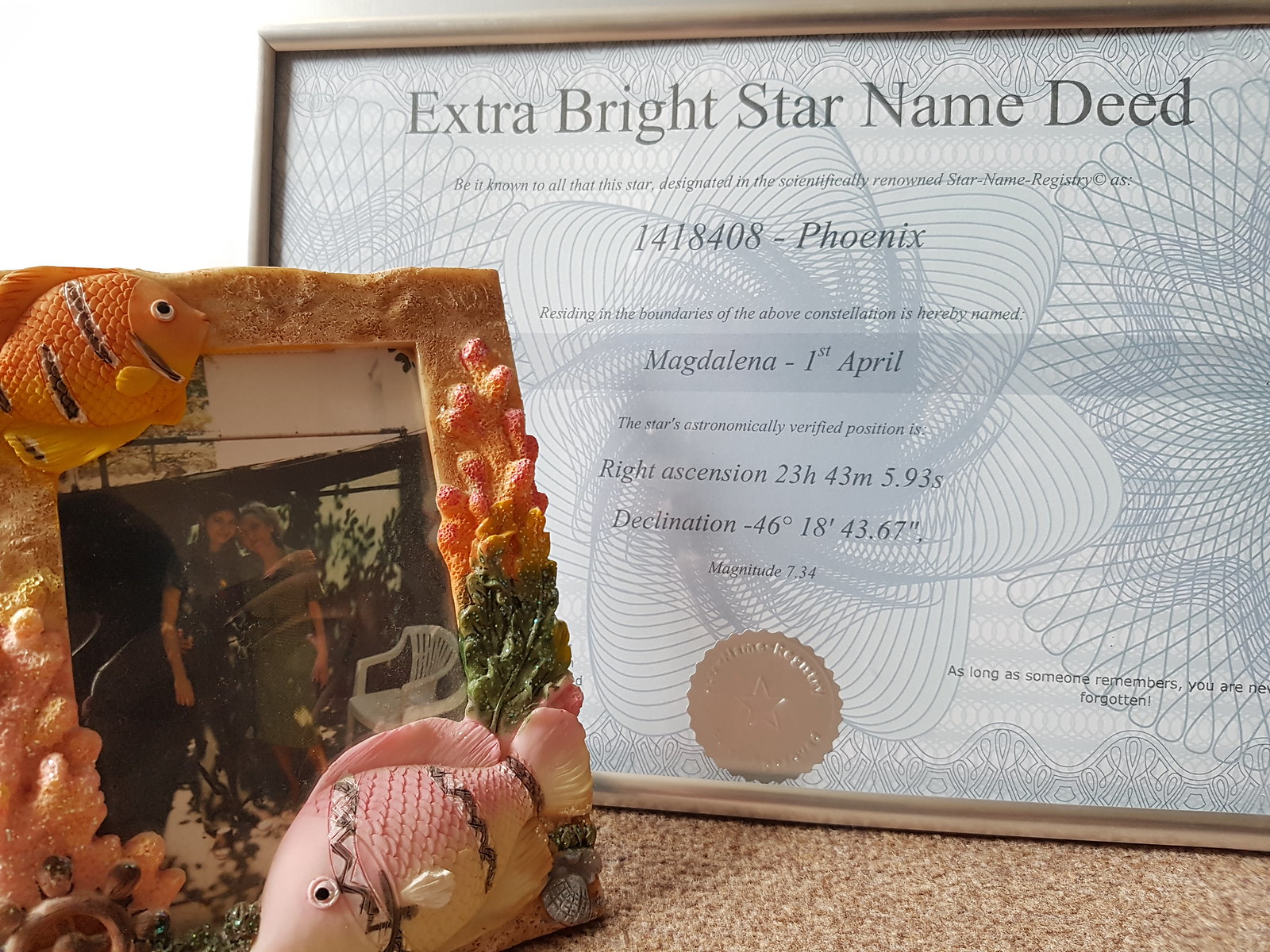 Star-Name-Registry is UK’s number 1 online Star Registry through which you can name a star for you or someone special. It only takes 24 hours to register and name your star and all the certificates are sent1st class Royal Mail, free of charge. All stars have unique names and they can be seen on the UK’s night sky with the naked eye, which means you don’t need a telescope to be able to find your star.

You can chose a star from any of the 88 existing constellations, each with a different meaning and visibility from a different part of the Earth. I chose my grandma’s star to be in Phoenix constellation, named after the mythical bird that rises from its own ashes. This is one of the two constellations that represent remembrance, together with Piscis Austrinus. 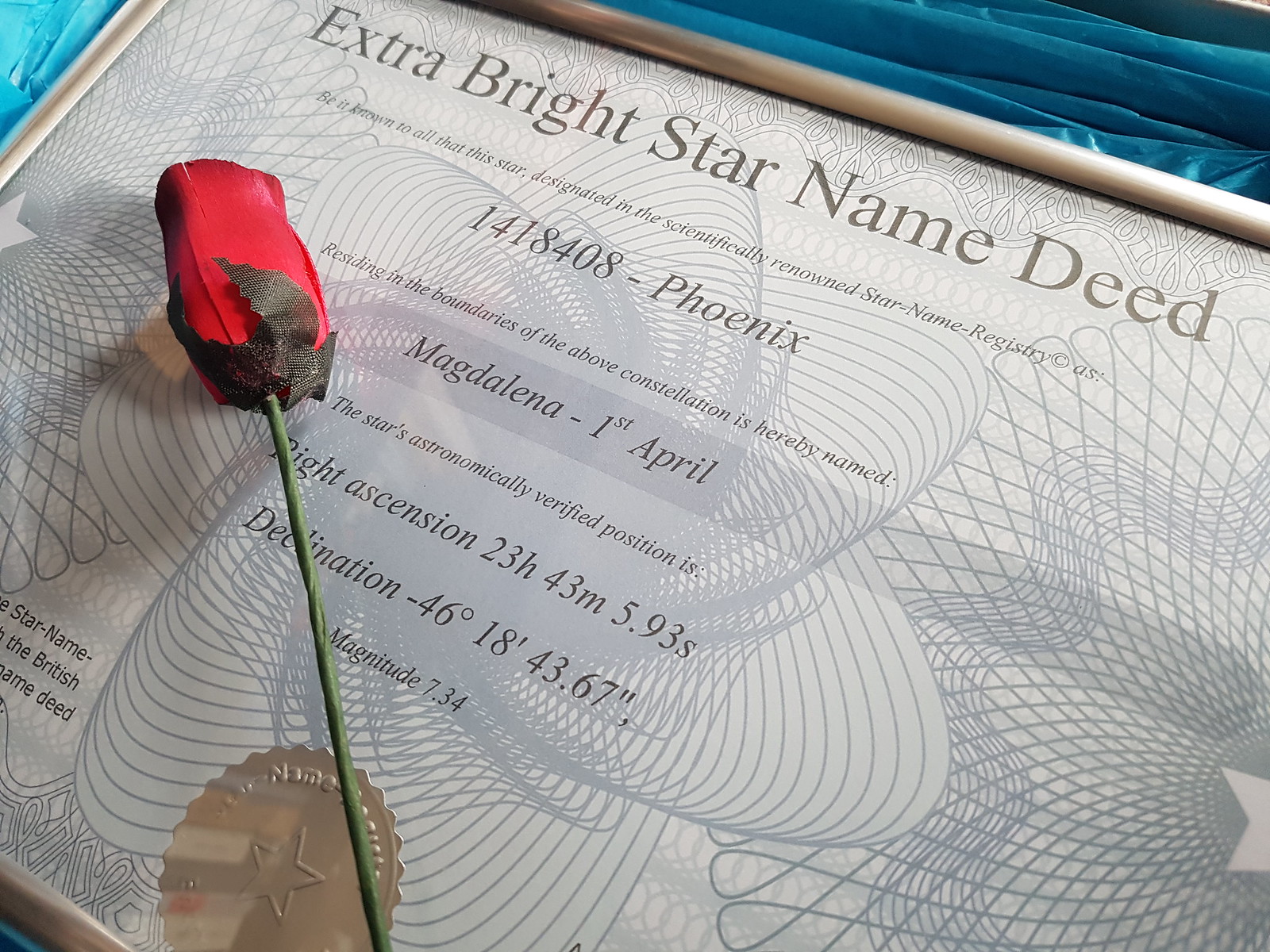 The star registration certificate came through the post the day after I registered it, in a beautiful silver box, layered with blue wrapping and two delicate roses on each side of it. In the box there was a letter with instructions on how to actually see the star on the night sky and where exactly it is its location. The Sky Atlas, also included in the box, is very helpful to get an idea on where the constellations sit on the sky and how big the distances are between them. 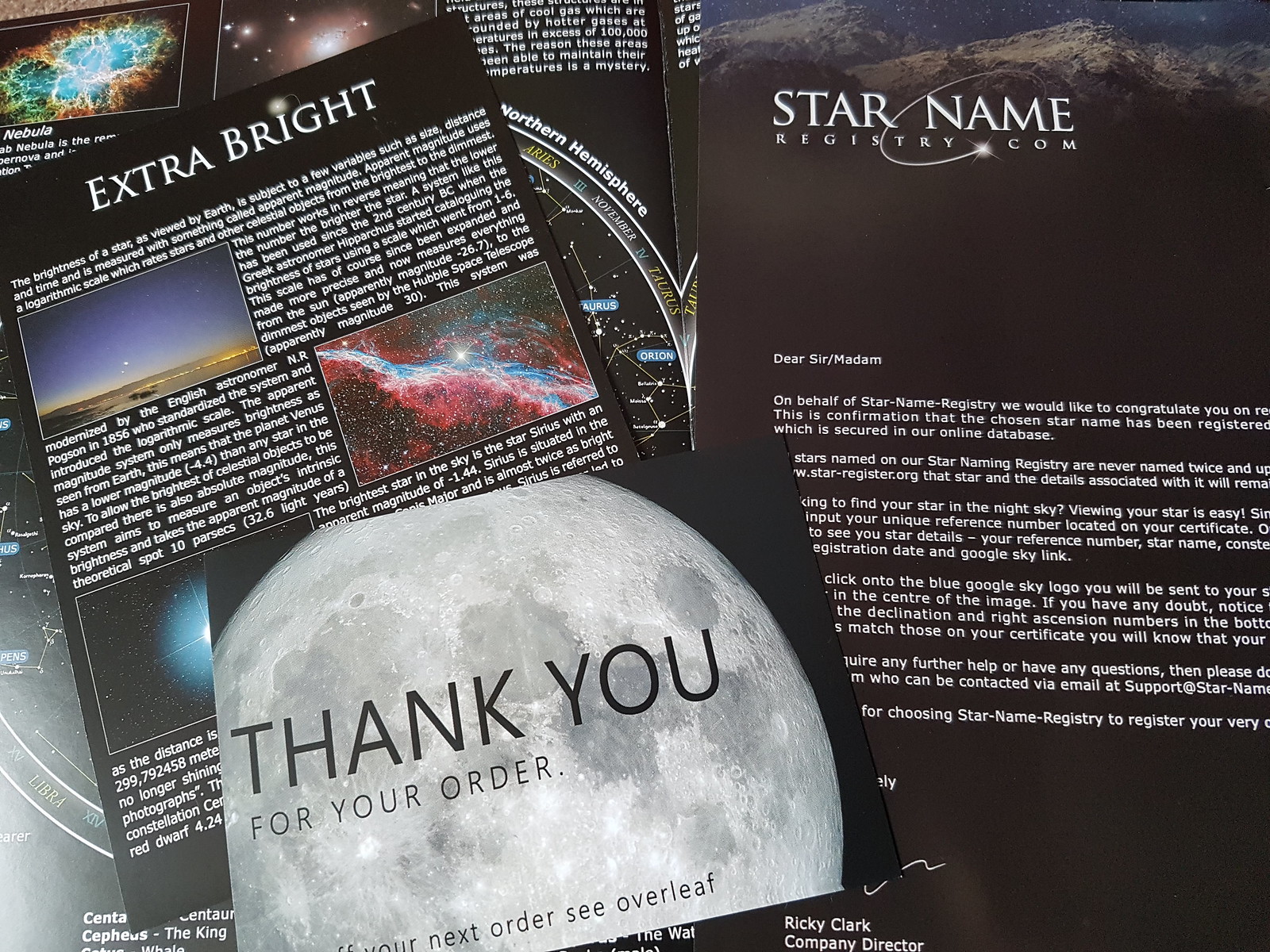 The price for naming a star is very reasonable, starting from only £14.99 for a Standard Star and up to £69.99 for a Binary Star Gift Set which gives you the opportunity to name not one but two stars orbiting each other.

I have partnered with Star-Name-Registry to give one lucky reader the chance to win your very own Extra Bright Star package including the full documentation. All you have to do is tell me who would you name the star after and why. Good luck! 🙂


Please note that the competition is opened only to UK residents.

117 thoughts on “Wishing upon a star – Giveaway”