So here I was, with a £10 return ticket for Copenhagen in my basket, thinking if I should click “buy” or not. It was the first time I would actually catch a Ryanair sale for the weekend, and I was kind of excited. So I said what the hell, and bought it. 24 hours in Copenhagen, an expensive capital that I wanted to visit for a while. It’s nice when you are in front of the computer at the right time and manage to buy a cheap flight ticket online, as there are always new places to explore and cultures to discover.

A friend of mine decided to join me so we found ourselves on a Saturday morning at Luton Airport, boarding the plane for Copenhagen. The flight was very smooth and we landed on time.

As we were both on a budget we planned on finding the cheapest (or free) things to do in the capital of Denmark. 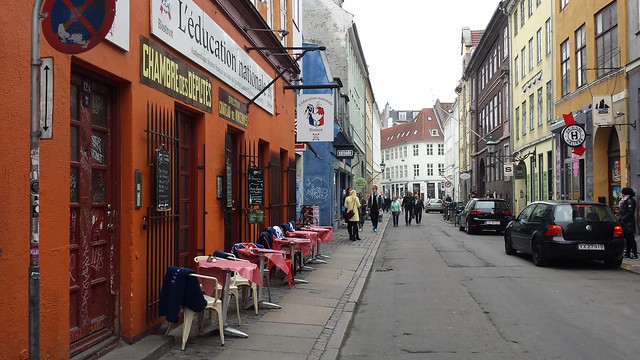 We have tried to get in time for the free walking tour but we got off at the wrong station and missed it. So we started to walk on the shore of the river, then into the town, on narrow streets full with coffee shops, until we reached a main square. It was almost lunch time so we decided to stop for a hot dog break (typical Danish hot dog). Each hot dog was 25DKK. To accompany it, we ordered two small beers and sat down to enjoy it. Then the bill came: 120DKK! We swore not to do that again in Copenhagen. 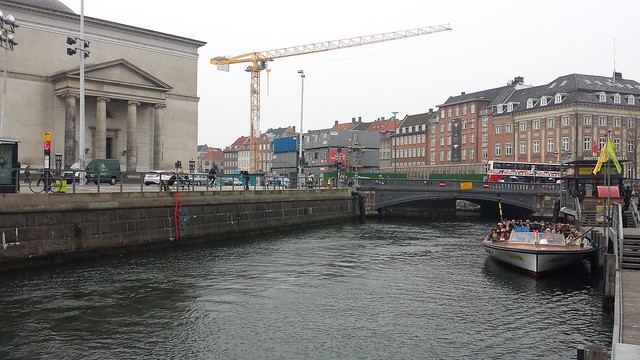 We explored the city on foot, walking by the beautiful Royal Palace and hiding as much as we could from the rain. We passed by Tivoli and took pictures with the statues from the Thorvaldsens Museum, and then we crossed one of the bridges and arrived in Christianshavn, a beautiful modern neighborhood, with a canal filled with boats. Here, we had a coffee and a cake, for another 25DKK. 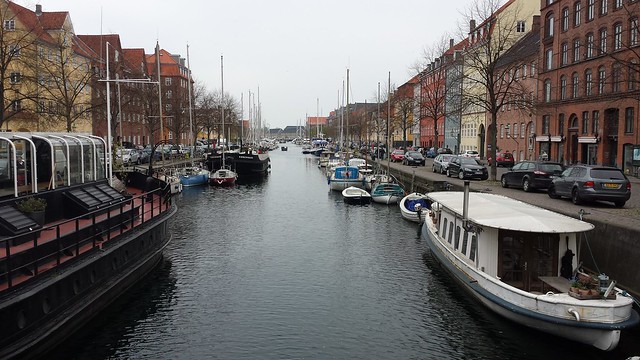 After that we passed into Christiania, the free town of Copenhagen, a place filled with graffiti and a kind of let’s say bohemian lifestyle. The “village” is situated on the shore of Stadsgraven Lake and about 850 people live here. It’s a place of colors, set on an abandoned military site, with their own rules and independent from the Danish government. It is a hippie place, with lots of art studios, music venues, workshops and handmade houses, but also with a lot of hash dealers. It is not advised to take pictures in Christiania.

Copenhagen is a very open and friendly city, where everyone is welcome! Read here a complete guide on gay traveling to Copenhagen. 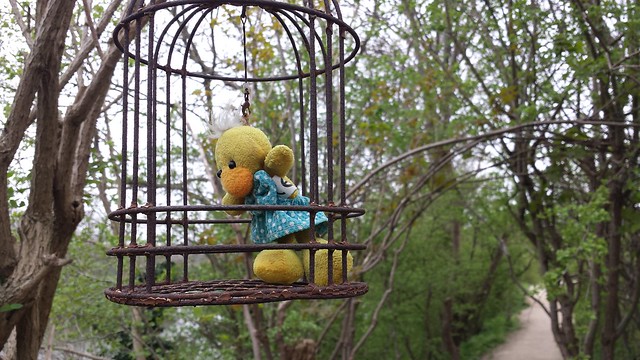 We had a stop at a café there, where my friend decided he will rest for a bit because he was feeling unwell due to a cold. I wanted to see the Little Mermaid statue so we agreed to meet back later in the same place. I went out of Christiania and head over the bridge, towards Nyhavn, one of the most Instagrammable places in Copenhagen. Little did I know I was actually heading that way because I confused this iconic place with the Christianshavn canal. It was a very pleasant surprise seeing the coloured houses and the big wooden boats anchored on each side of the canal. Unfortunately I was too late for a boat ride on the canals of Copenhagen, missing the last one by just a couple of minutes. The price for the boat tour is 80DK. Here I had however another “hot dog” stop, spending another 25DKK.

If you have dietary restrictions, check out this gluten free guide of restaurants in Copenhagen. 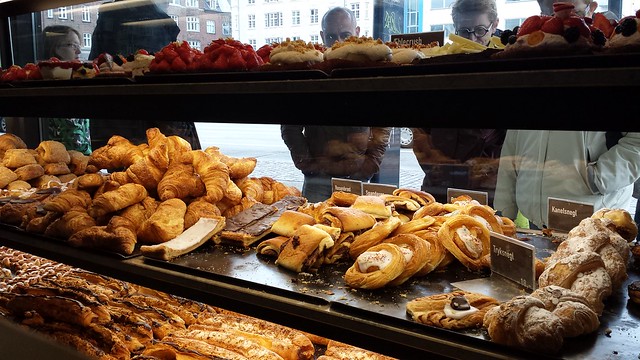 The walk to the statue of the Little Mermaid was beautiful but the weather was starting to get very bad. By the time I got back my shoes were full with water and my feet wet. The Little Mermaid is actually very little but the area where it’s situated is very nice. There is a fortress shaped as a star near it, with a church and a windmill inside. The barracks are used by the Danish military. 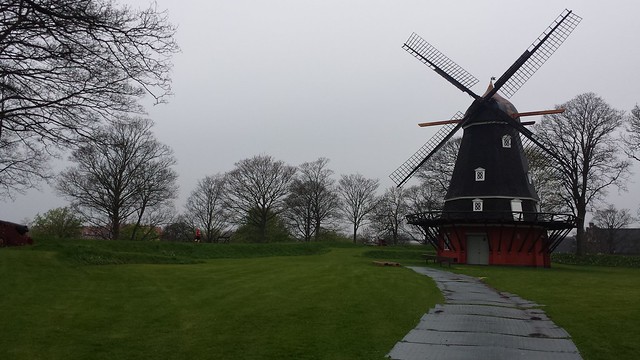 Before I met my friend I stopped by and spent 50DK on postcards and fridge magnets for my collection… and a few Ritter Sport Rum chocolates, which are impossible to find in the UK. 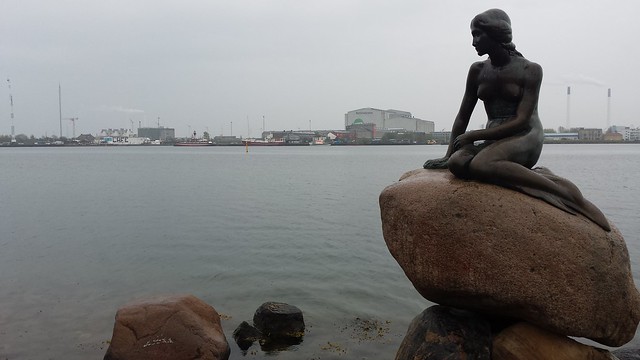 After I met back with my friend we decided to go again to Christiania, as it was cheaper than the capital and because we needed a place to get worm. We didn’t book any accommodation for the night because our flight was at 6am and there was no point of spending more money for just a couple of hours. 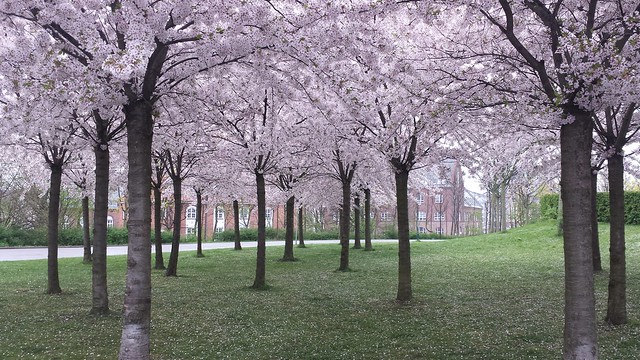 We stopped at a supermarket, where we got dinner to go – some sandwiches, for which we paid 20DK. Then we went to Christiania, found a coffee shop and got a big mug of tea, for 5DK. From there we moved to a concert hall, where we saw an Ethiopian Jazz concert and where we received free coffee from the organisers. The last place we went before we headed back to the airport was a club, where we spent the last few hours. The metro runs 24 hours in Copenhagen and in order to get back to the airport we paid another 35DK.

Read more about the costs for a 3 nights trip to Copenhagen here. 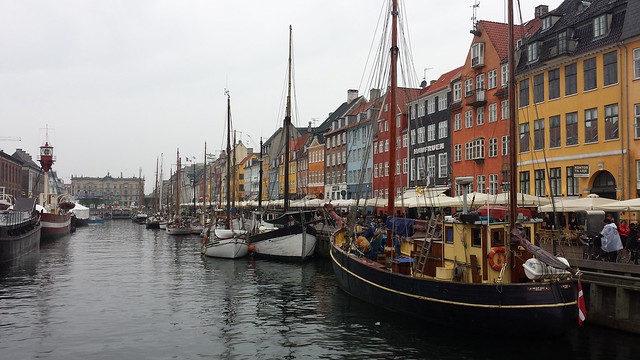 On and all, Copenhagen is a great city to visit, even if you are on a budget! I managed to see it with less than £50, including flights. I will have to go back though, as I would love it to see it during sunshine too.

103 thoughts on “Copenhagen for under £50 (flights included)”