During the August Bank Holiday I took advantage of the £24 return ticket from Brittany Ferries and finally boarded Barfleur, the daily ferry that connects my town with Cherbourg, in France. The ticket is valid for 29 hours on French land and because Cherbourg is pretty small and you can see it in one day, I decided to search for an alternative. And this is how I came across Barfleur, a small fishing village after which the ferry was named, located almost 30 km away.

From Cherbourg there are only a few daily buses that go to Barfleur and I decided to board the first one of the day, at 7:30am. The weather gloomy and as the bus rode the french countryside road, climbing up hills and passing through narrow stone villages, I couldn’t stop wondering if the sun will ever come out. I remember being cold and trying to cover myself with my long scarf. I know it was the end of August but what could have been in my head when I decided not to take a jacket with me? 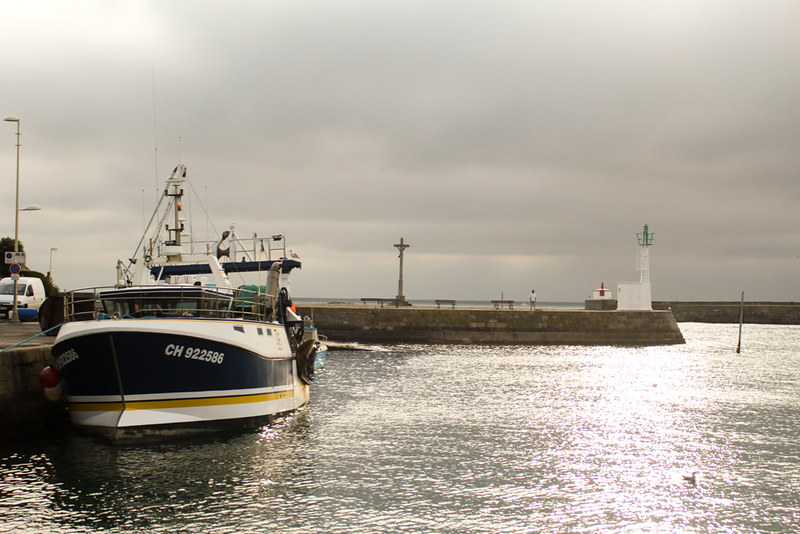 When I arrived, the bus driver showed me where the return stop was and wished me a good day. Barfleur was like a ghost town, not a soul on any road. I headed towards the harbour and looked for a coffee shop, I needed my warm liquid to wake up and warm up a bit. Everything seemed to be closed, except Cafe de France, a small restaurant very close to the church. 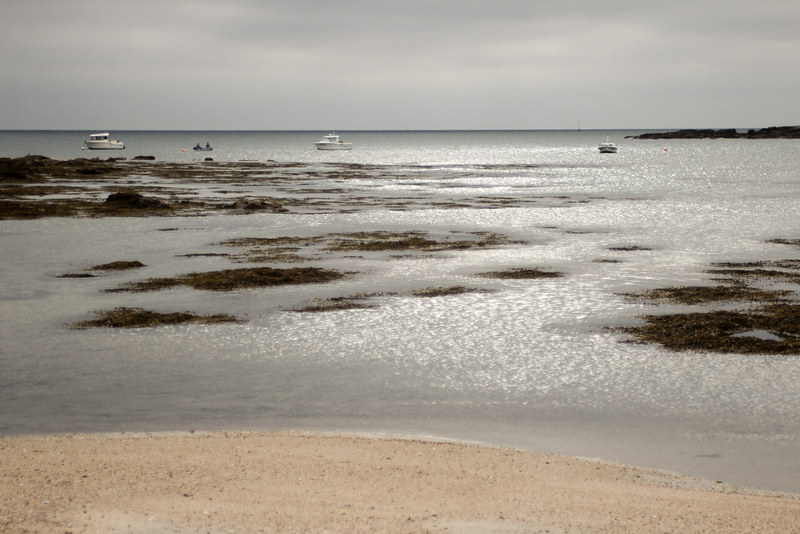 While I was sipping from my delicious coffee I could observe the locals coming in to read the paper and have the jam and baguette breakfast. Everyone seemed to know everyone and that didn’t surprised me, the entire village only has about 600 inhabitants. The people working on the boats would have their coffee outside, preparing their equipment. 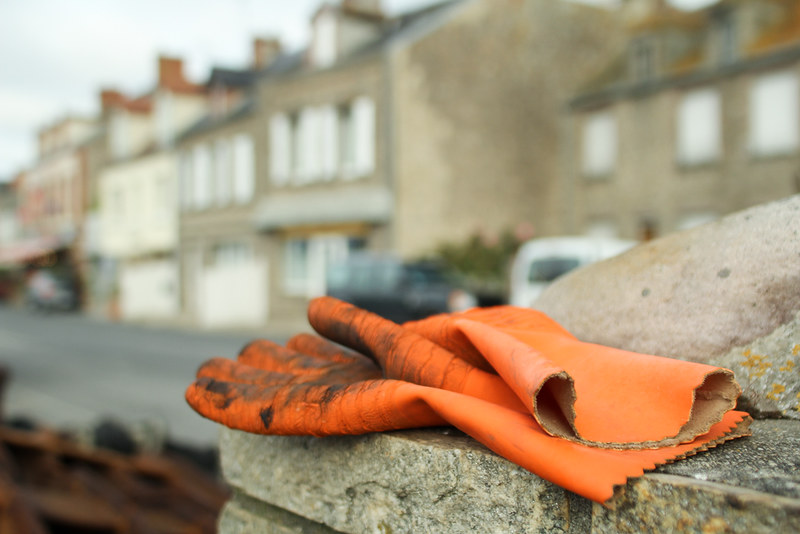 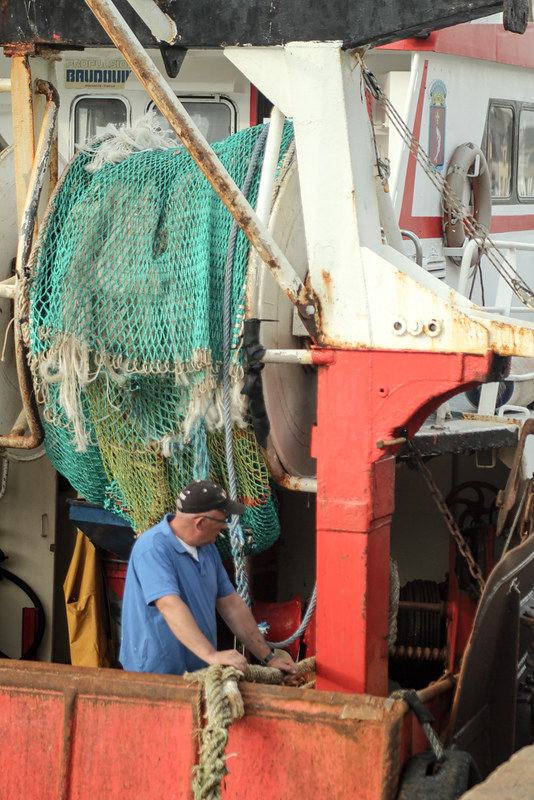 As I said before, Barfleur is very small but even so, there are plenty of secret corners to explore. I enjoyed walking along the charming quay and peak inside the picturesque boats, noticing how the fishermen would prepare their boats for the day. Some of them were already back with the fish caught in the early hours of the morning, some would just prepare to leave. There were other people that would work on the maintenance of their vessels. It was definitely not your typical touristy place. One of the major source of income for the locals is fishing and harvesting mussels. In fact, the local specialty served at the 3 (maybe 4) restaurants in town is the Blonde de Barfleur (a special type of mussels with a golden shell, only found in Barfleur). Unfortunately I didn’t have enough time to stay for lunch, as I had to catch a bus at 1, to make it in time for my ferry’s departure back to the UK. 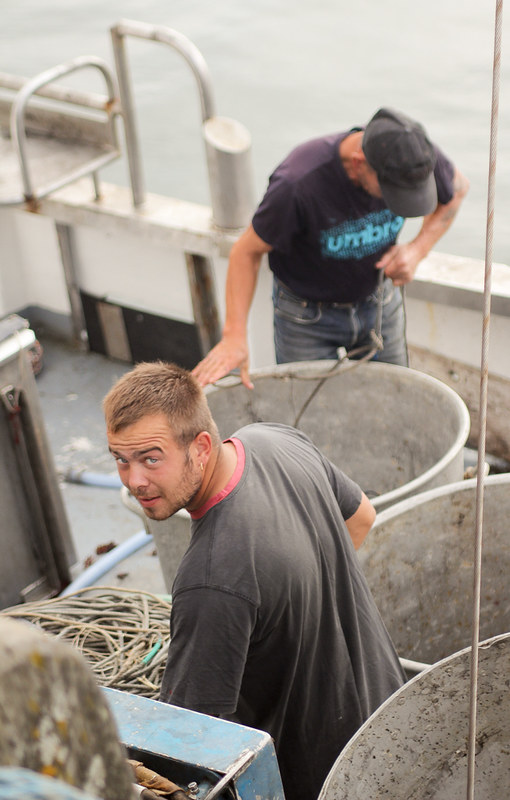 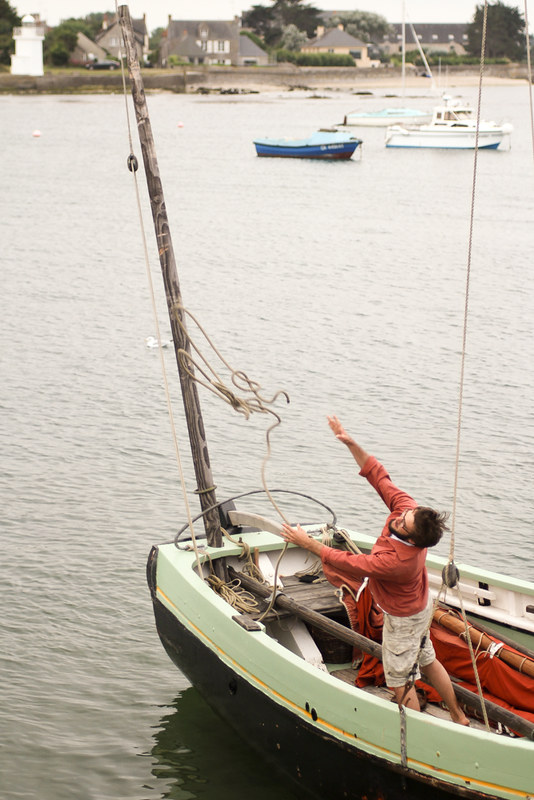 Behind the church I discovered a mansion with a beautiful well in their garden. In order to see it I had to climb some slippery stones and raise on my toes. I bet the owners didn’t think of anyone doing that, but my curiosity was bugging me and I had to see what was hiding behind the stone wall. I then continued walking on the stones and found myself surrounded by water. Little did I know that later during the day the low tide would come and the area would become walkable. 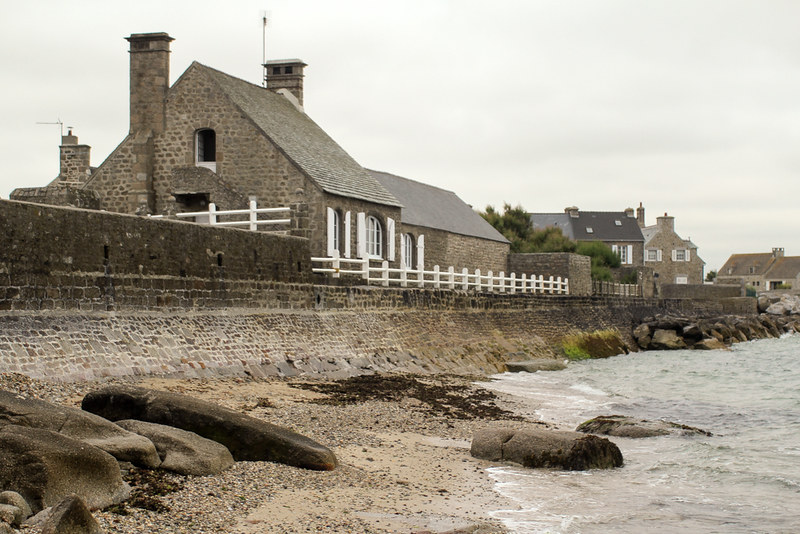 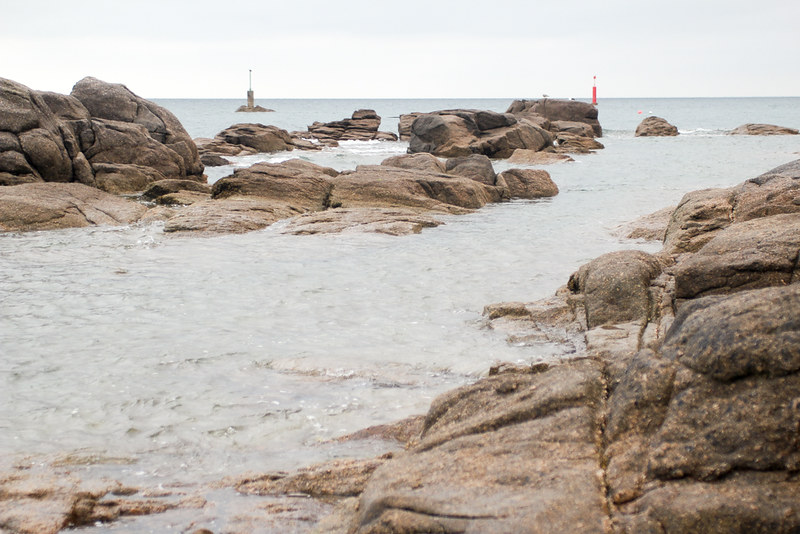 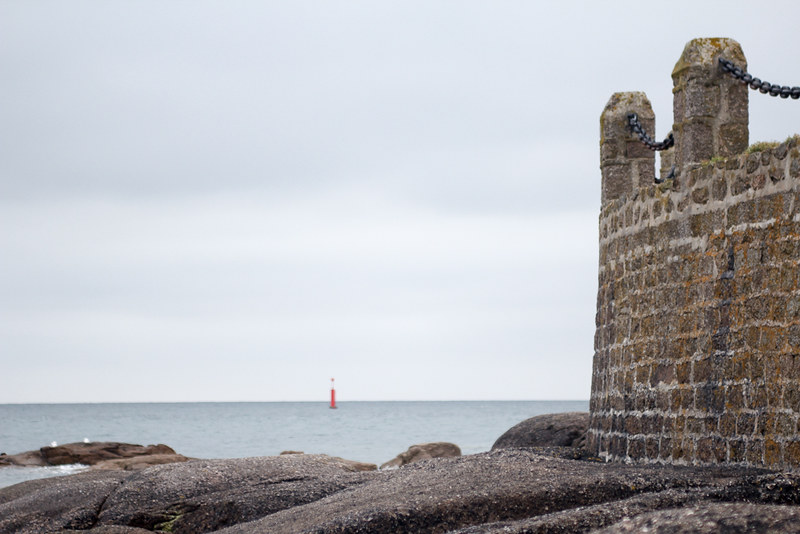 I turned back and continued walking towards the Gatteville lighthouse, the second tallest in France. I found out later that you can actually go all the way up inside the lighthouse, while you count the steps (as many as the days in a year) and the windows (as many as the weeks in a year). The path towards the lighthouse starts behind the church in Barfleur and follows the sea through empty beaches and fields of hay. It’s an easy and relaxing 4 miles walk, return. 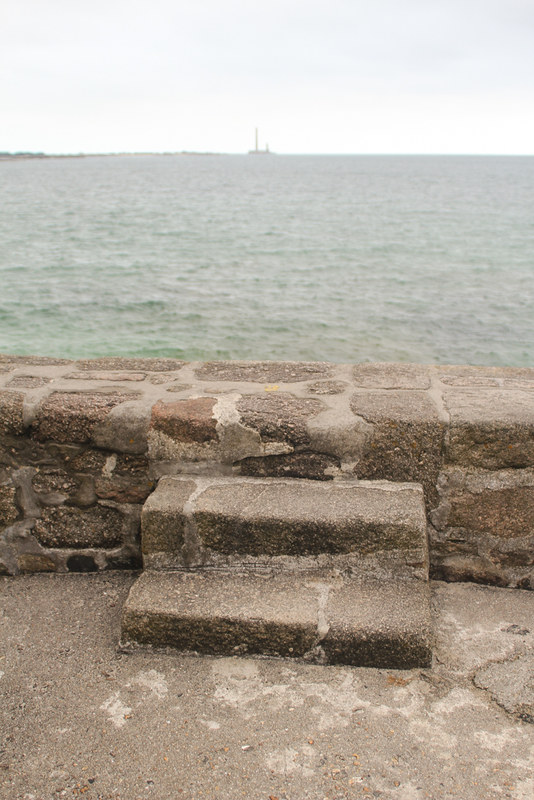 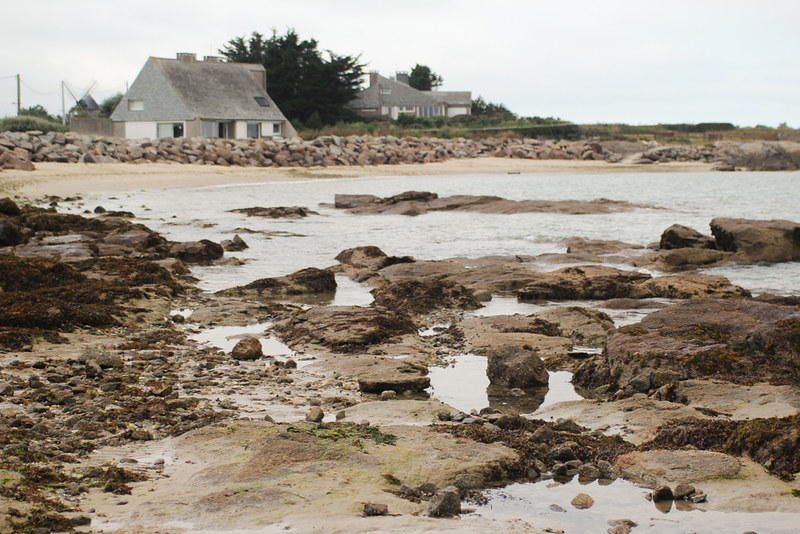 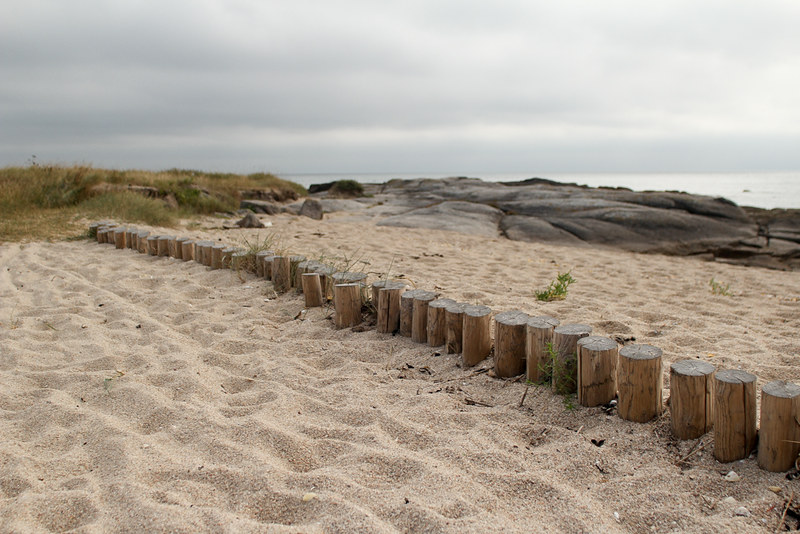 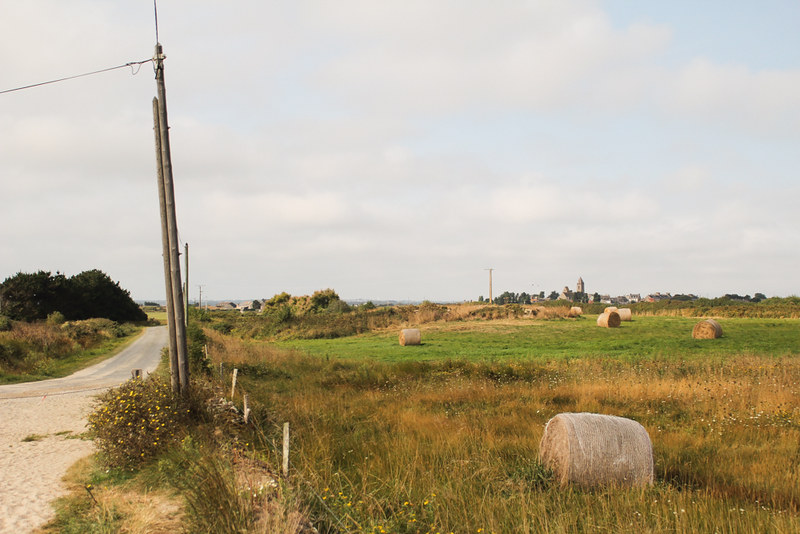 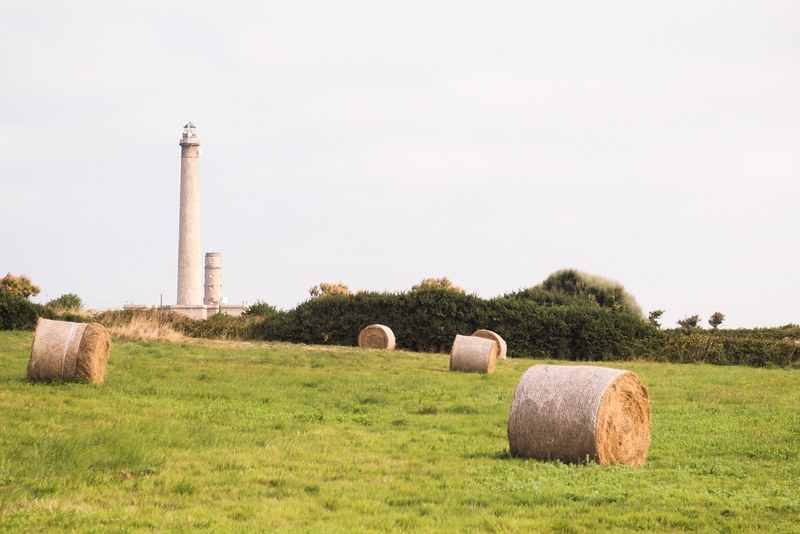 Back in Barfleur, looking for a patisserie to grab some lunch I couldn’t stop admiring the sturdy granite grey buildings decorated with white shutters and pots of lavender on the windows’ ledges.  It’s hard to believe that in the past Barfleur used to be the largest port in Normandy. In our days nothing in this quiet village reminds of its tumultuous history, when it’s been burned down 3 times,  in the 14th, 15th and 16th century. 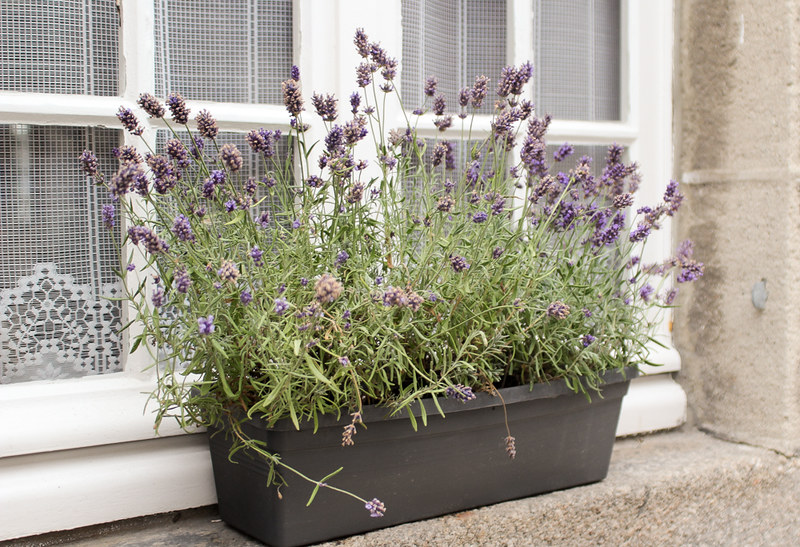 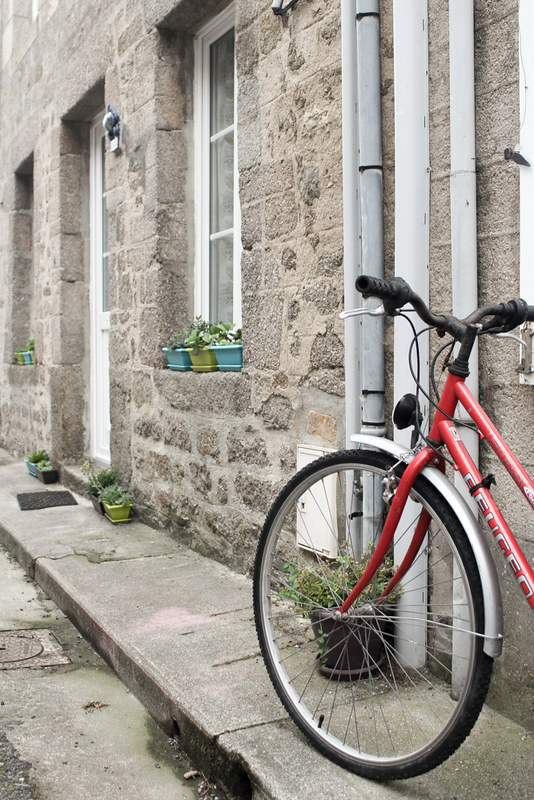 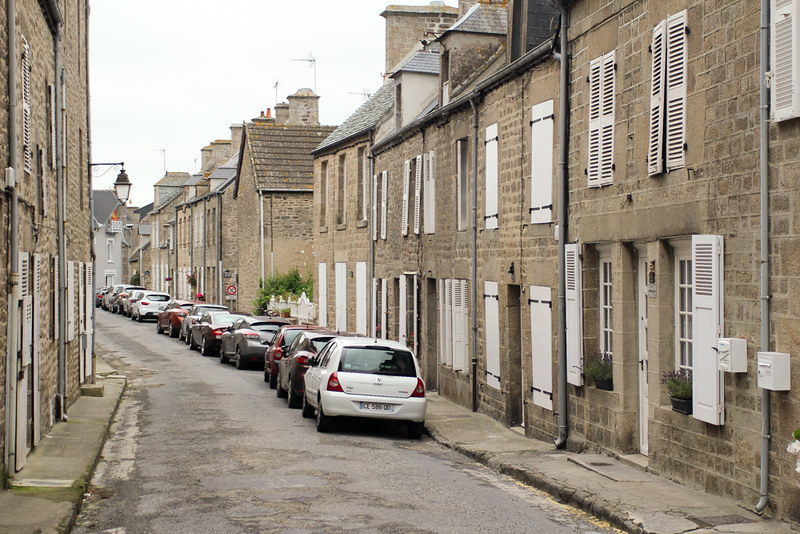 At the only patisserie in town I found a great selection of cakes and croissants. It took me about 15 minutes to decide on only one cake: the almond tart. I could have easily bought one of each, they all looked so delicious! Buying cakes and bread in France was a great way for me to practice my almost forgotten French. And it was so lovely to see how the French people were appreciating my effort and always smile and be very helpful in return. 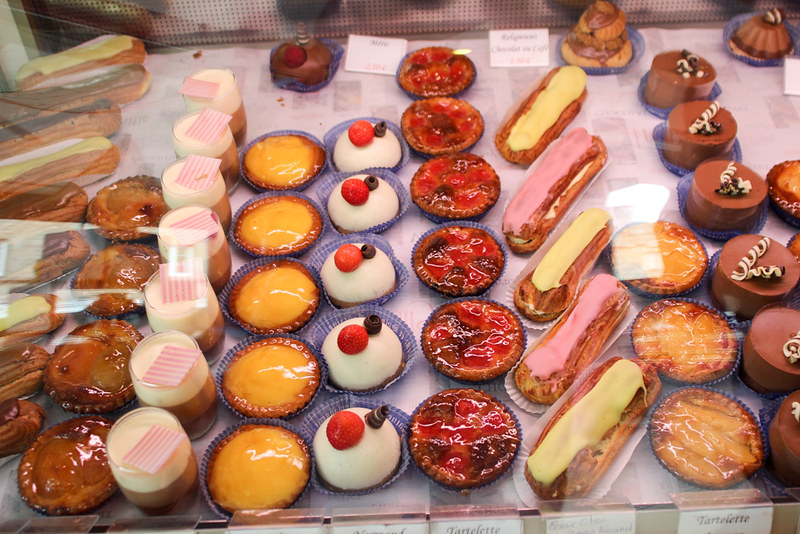 As soon as the leaving time came, the sun also decided to show its rays from behind the clouds. By the time I was back in Cherbourg the sky was clear blue and the temperature raised substantially. Typical, I would say! 🙂 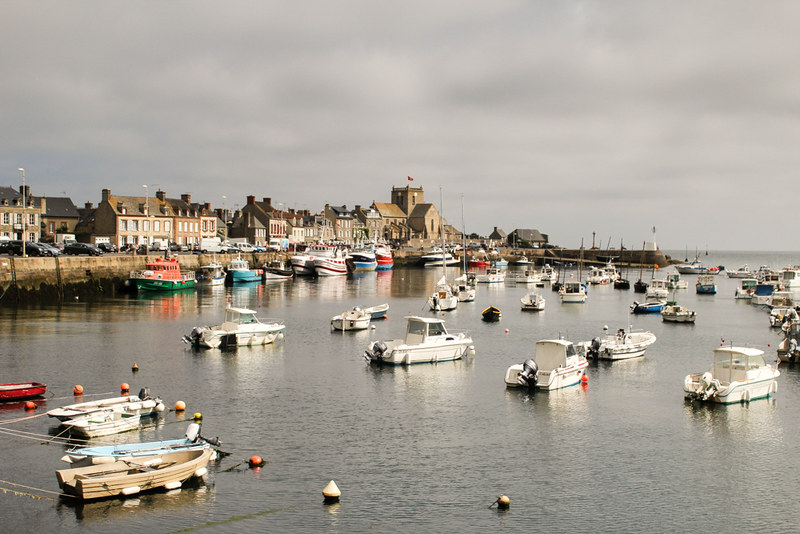