The other week, due to a free ticket given by National Express (I think they felt sorry for me getting my airport ticket changed 3 times because I managed to get the dates/times wrong the same amount of times), I went to London to see the lights and explore Winter Wonderland. I boarded the bus at around 11 and made it to London by 2, due to very heavy traffic on the M4.

While on the bus I munched on a two bags of Tyrrells goodies: crisps and poshcorn. For the festive season Tyrrells revealed delicious new flavours and I got the chance to try the Three Bird Roast crisps (a duck, in a chicken, in a turkey… in a crisp, as they are describing it) and the Bellini cocktail poshcorn (peach flavored). Tyrrells is a small British company that makes hand cooked crisps from their own potatoes, grown on the farm. Their are different from other companies because they don’t use artificial ingredients. 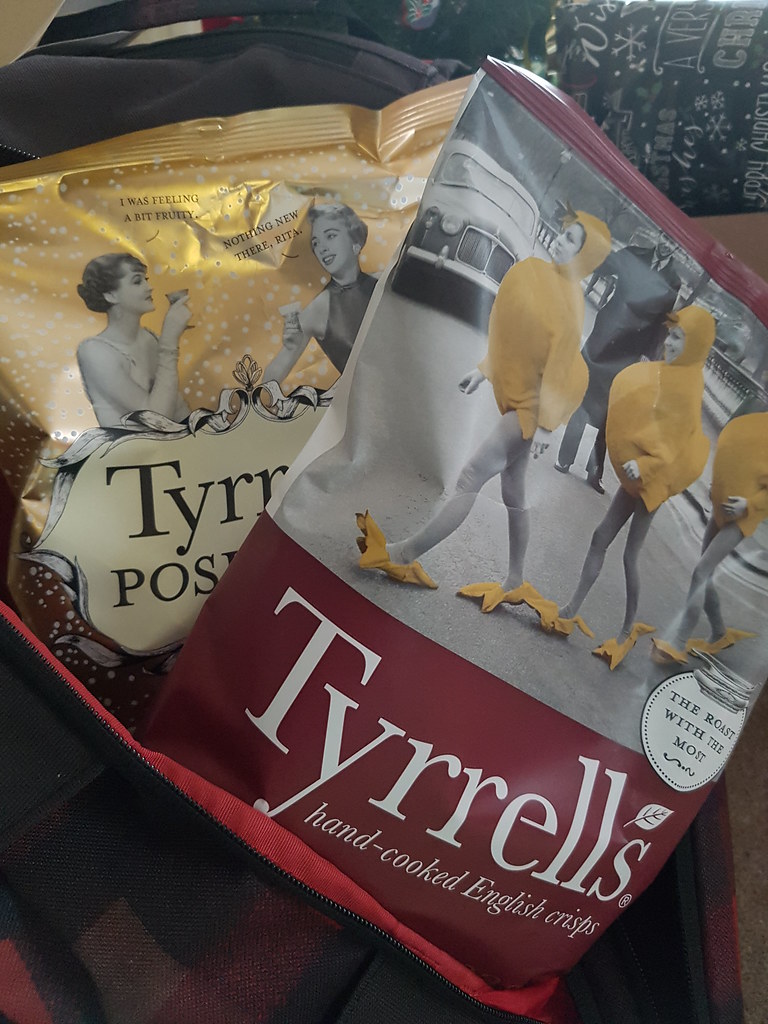 My plan was to get some lunch, then head over to Oxford and Regent streets to see the light displays and end my visit in Winter Wonderland. By this time, the sun would have set and I could have enjoyed the biggest Christmas Market in London by night, while sipping from a cup of mulled wine. My return bus was at 8pm, so I decided to leave at around 7, to make sure I get to Victoria Coach station in time. 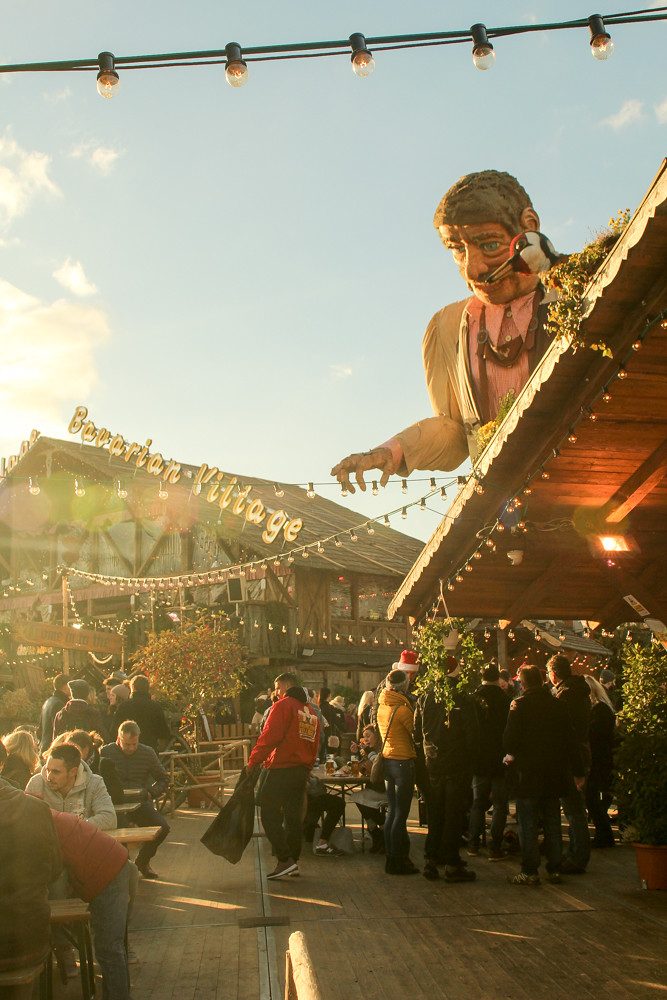 However, as it was still light and there was no point of going to the centre of London to see the lights, I decided to pass by Winter Wonderland instead. As soon as I reached the Wellington Arch I could start seeing the crowds of people heading towards Hyde Park.I passed by the first entrance to the park and headed towards the second one, thinking that the queue was smaller. It was actually longer. I decided to stay though and soon enough, after passing the security check, I managed to get inside. 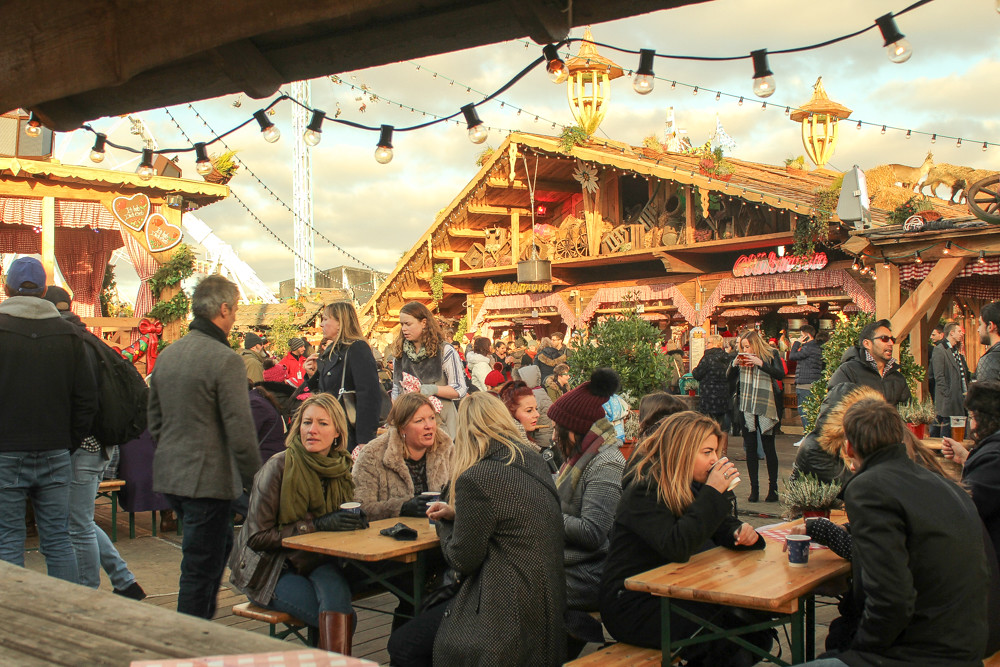 Winter Wonderland is a huge Christmas fair opened each year from November until January, with free entry. It is segmented in many different areas with over 100 festive rides and attractions, with an ice rink stretching over 1,600 square meters. There are many entries to the park, I counted at least 9.

The first thing that I’ve seen when I entered the park was the Bavarian Village, an area filled with bars and food stalls, where you can buy the famous grilled bratwurst topped with onions and sauerkraut (priced between £5 – £7). 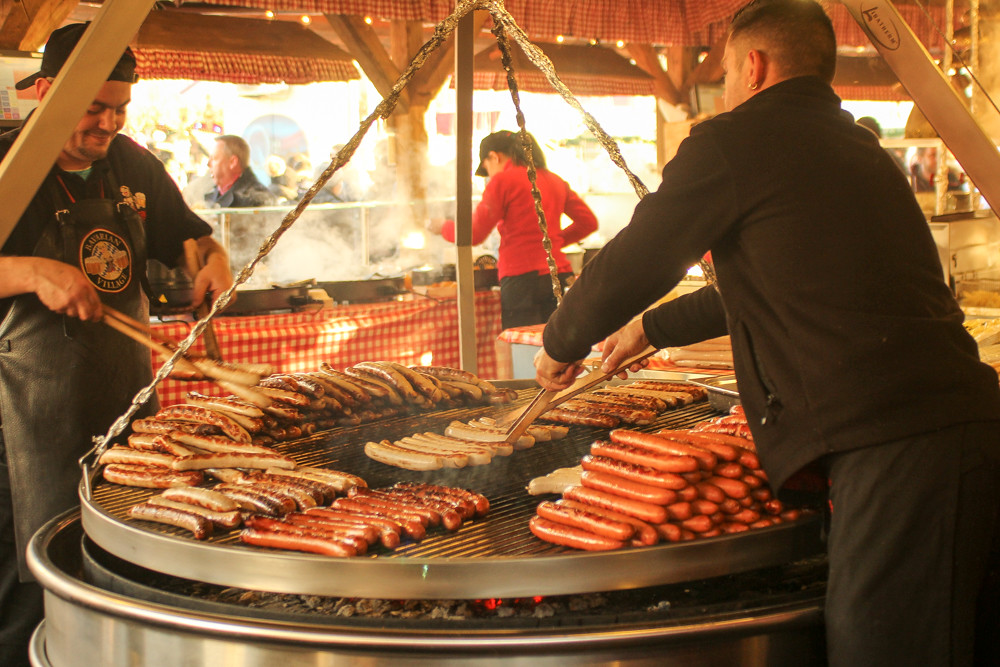 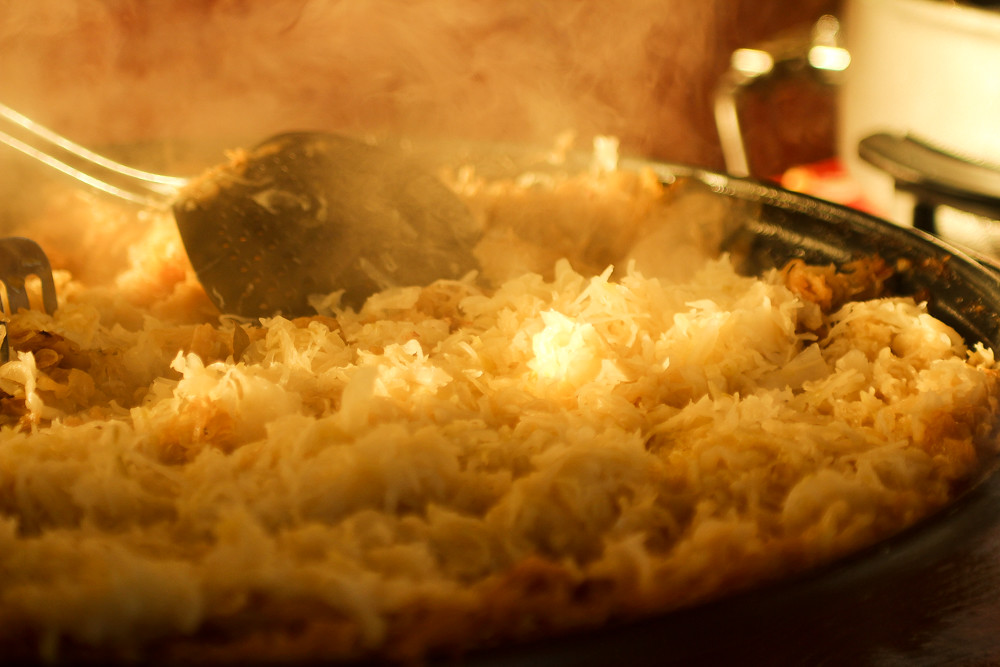 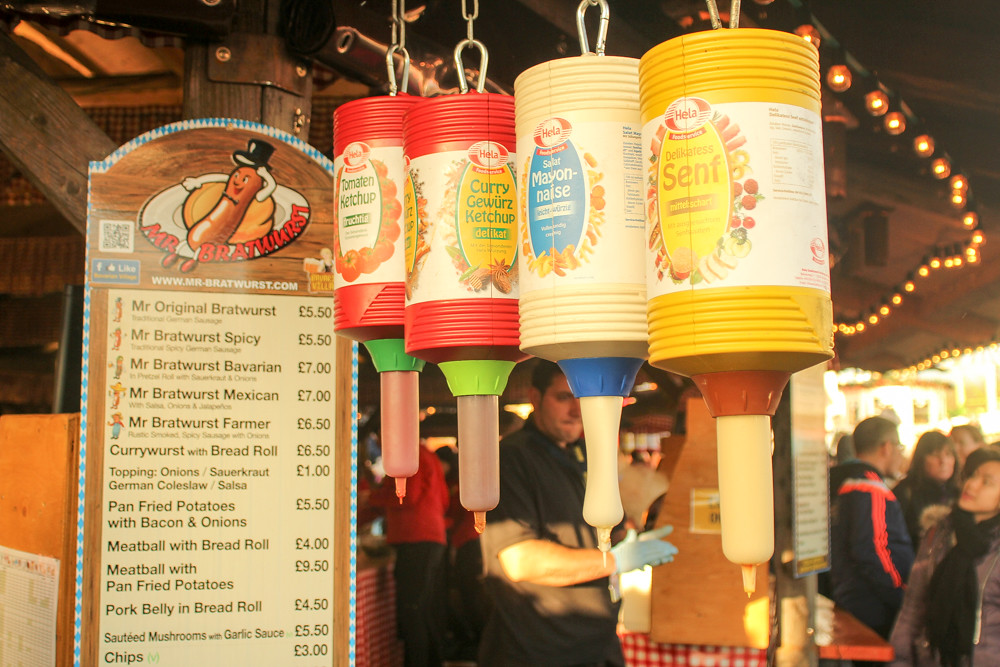 The Bavarian Village is very well designed and it does make you think of the German Christmas Markets. There are over 200 chalets where you can buy pretzels, gingerbread, mulled wine or hot chocolate. However, don’t expect anything to be cheap. A mug of glühwein starts at £5.50 and the price rises if you want shots of different spirits added. Also, the cup is really, really small. 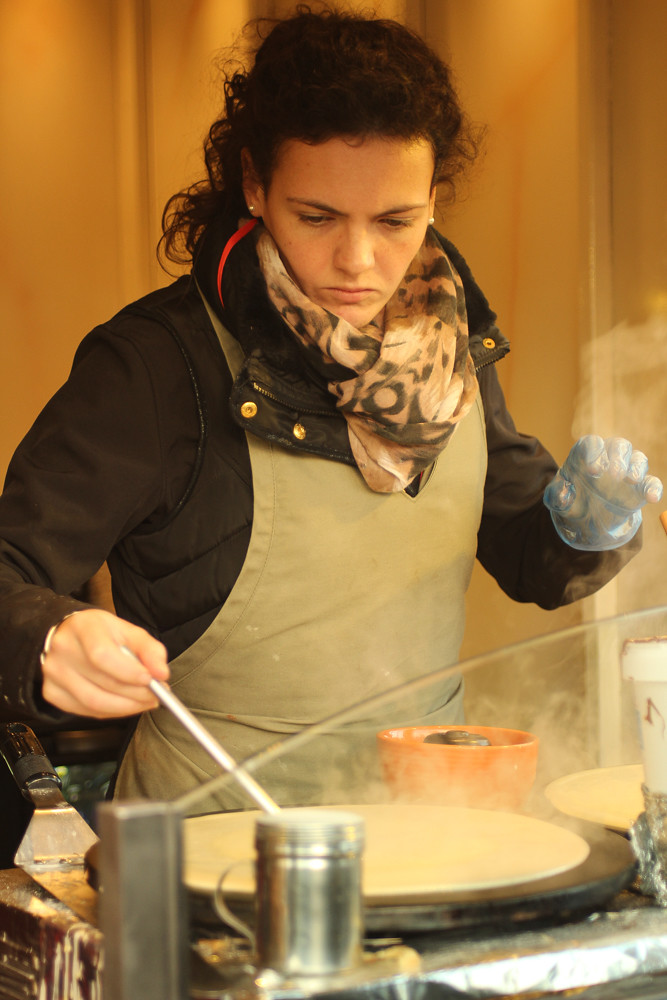 What I liked about the Bavarian Village is that there are a lot of open fires where you can get warm while you are eating and drinking. It was quite cold the day I went and these places were a blessing to stop by and warm up. 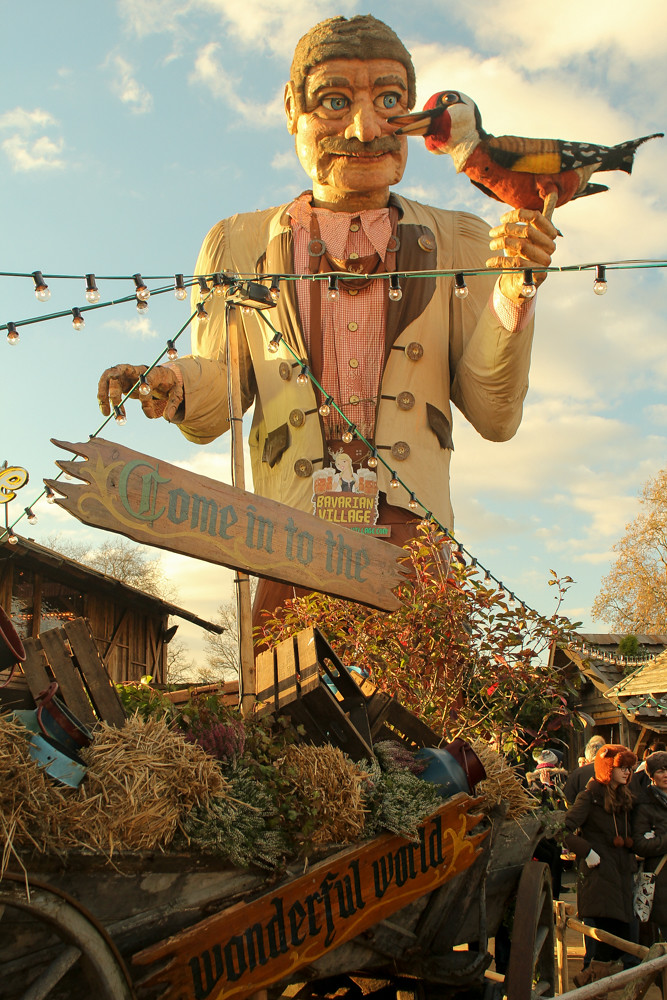 Besides the Bavarian Village in Winter Wonderland you will also find the Angel Market, from where you can buy different winter gifts and decorations for your home or your Christmas tree (you can even buy fake snow for your garden).  While I was walking along the Angel Market I ended up bumping into Santa’s Grotto, where the big man was meeting children. 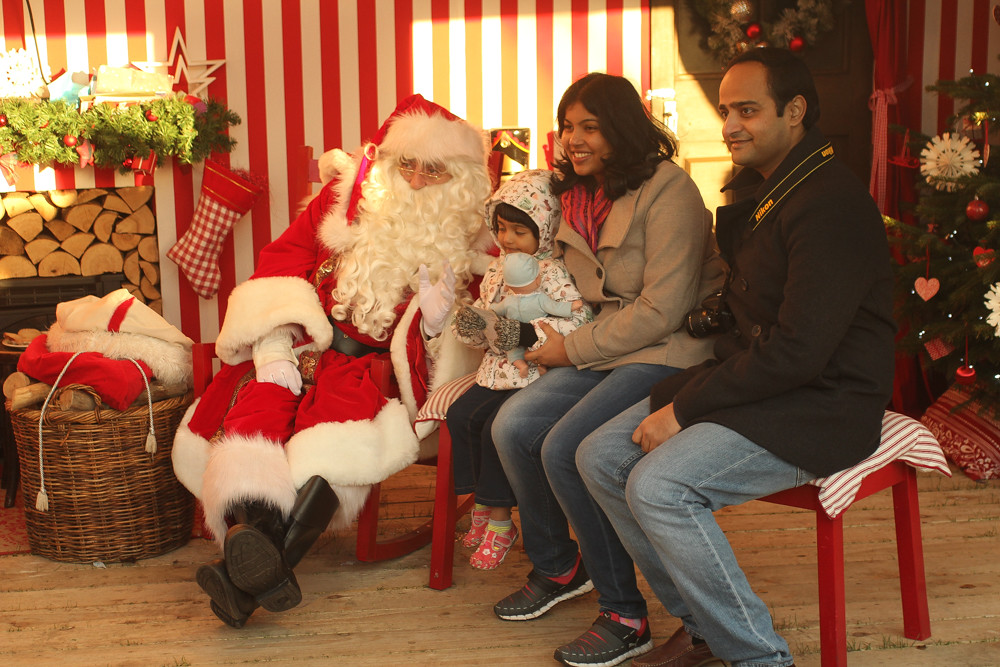 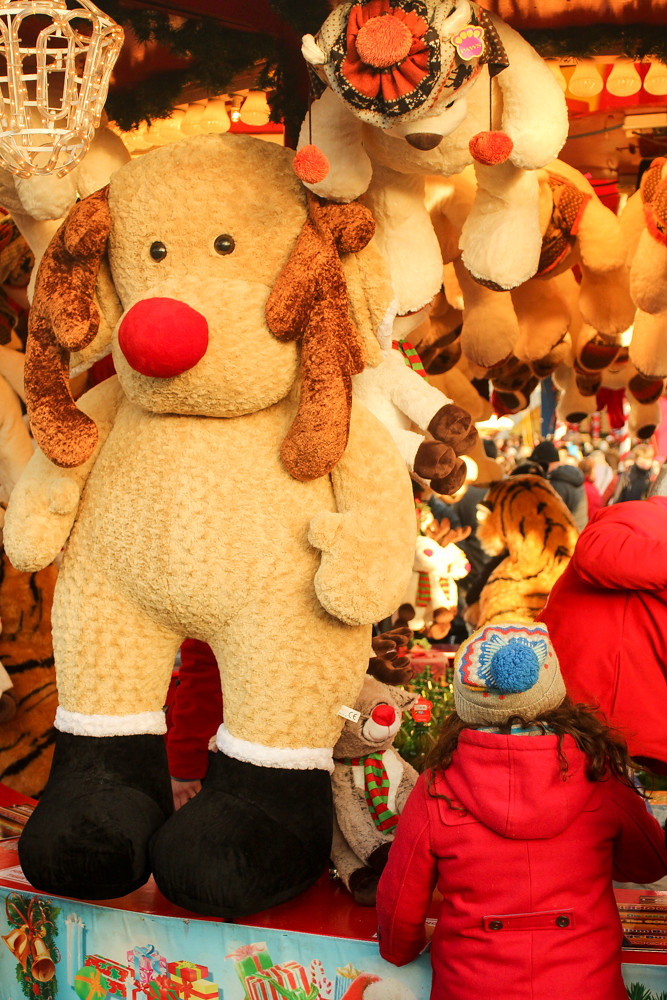 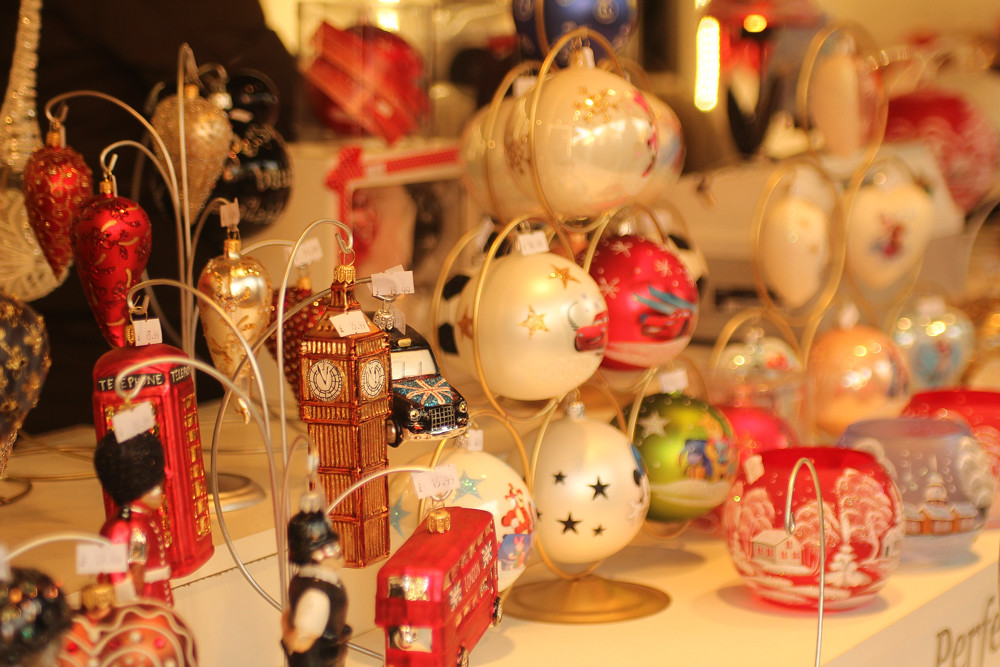 You can have a beautiful view over the entire park by boarding the Giant Observation Wheel which goes 60 meters up into the sky. Around it you can also find a lot of themed rides for both children and adults. 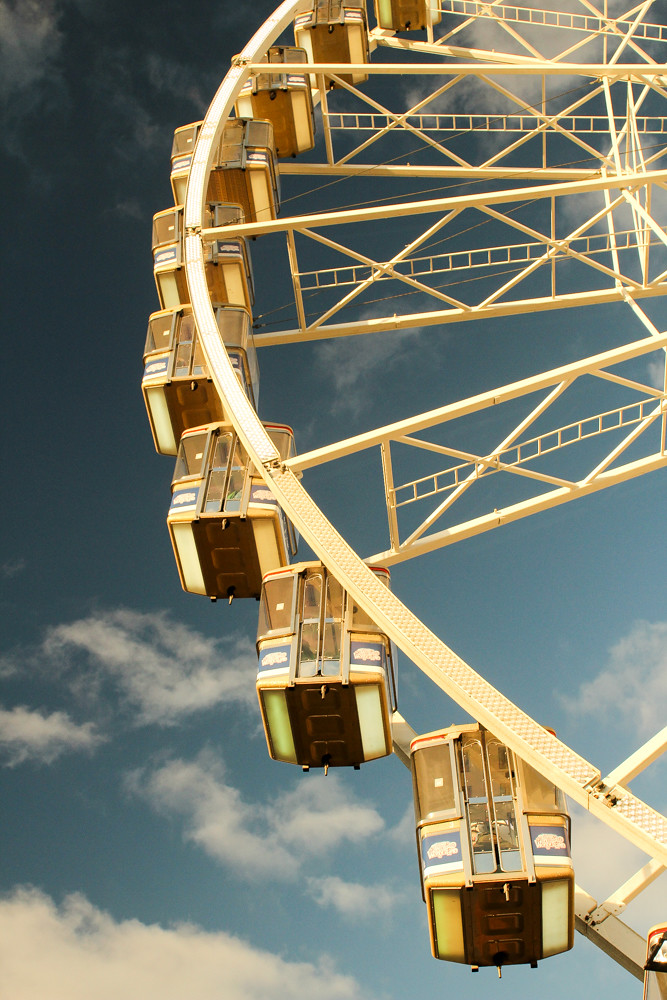 I have left Winter Wonderland just as the sun was setting. Heading towards Oxford street, I spotted a blue bunny on the pavement, among thousands of pair of legs in a rush to cross the street. Suddenly, 2 hands appeared from nowhere and picked up the bunny. The young man (as it was a young man who picked it up) run back and hand it to a couple with a baby in a stroller. I have no idea how he managed to see when the bunny fell off in the crowd, but faith in humanity was restored. 🙂 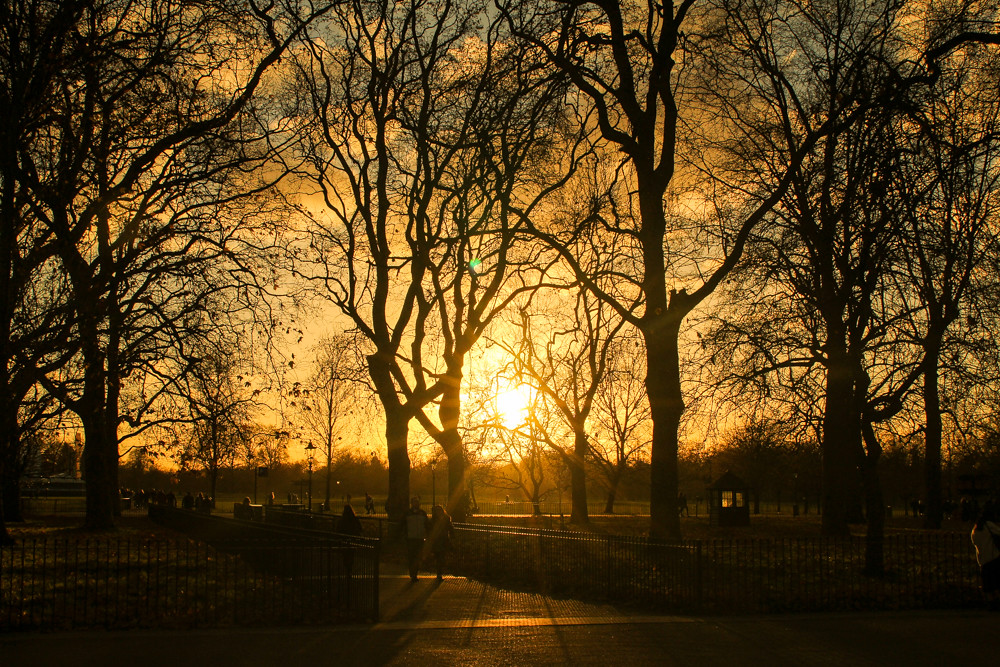 London is beautifully decorated for Christmas, as always. Oxford street is covered in snowglobes (1778 to be exact) of all sizes. Together with the amazing window displays of the department stores (you have to check out John Lewis, they are the master of Christmas here in the UK), Oxford street has transformed into a beautiful dreamy land. While I was there, there were so many people around that they closed the street for vehicle traffic. 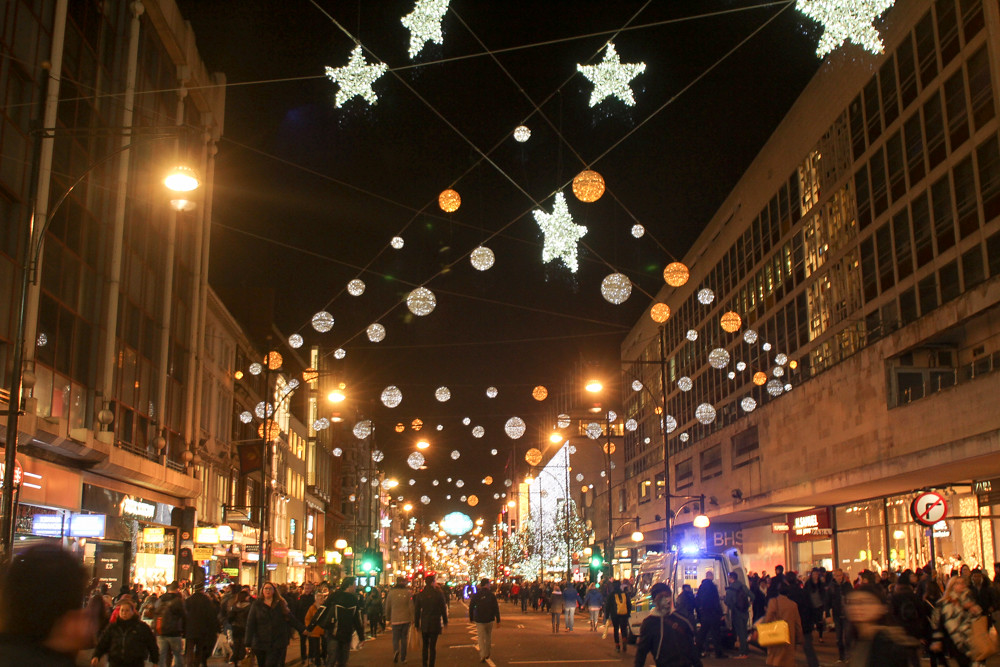 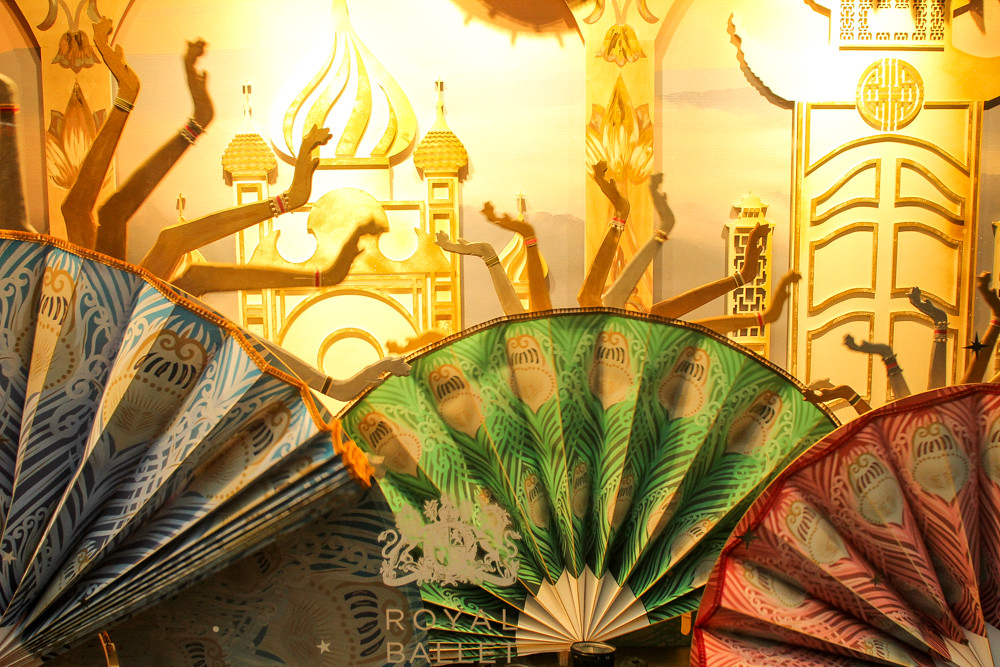 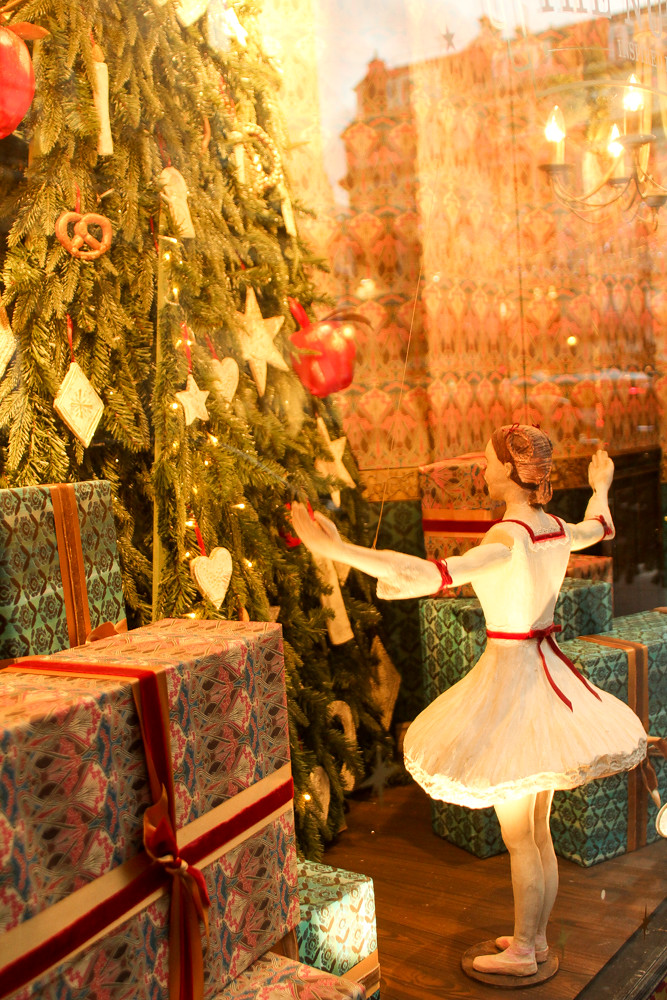 Regent street has an ambitious display, “The Spirit of Christmas”, with large angels (17 meter wingspans and 15 meter trains) recreating the first ever Christmas lights from 1954. The decorations are part of a very large display running from Oxford Circus all the way down to Waterloo Place. 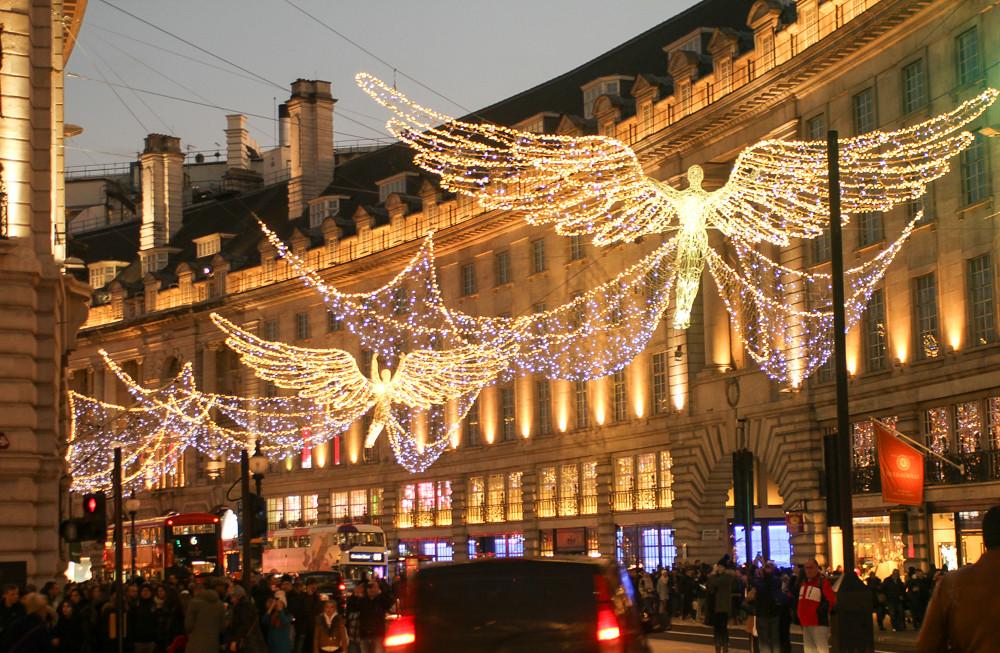 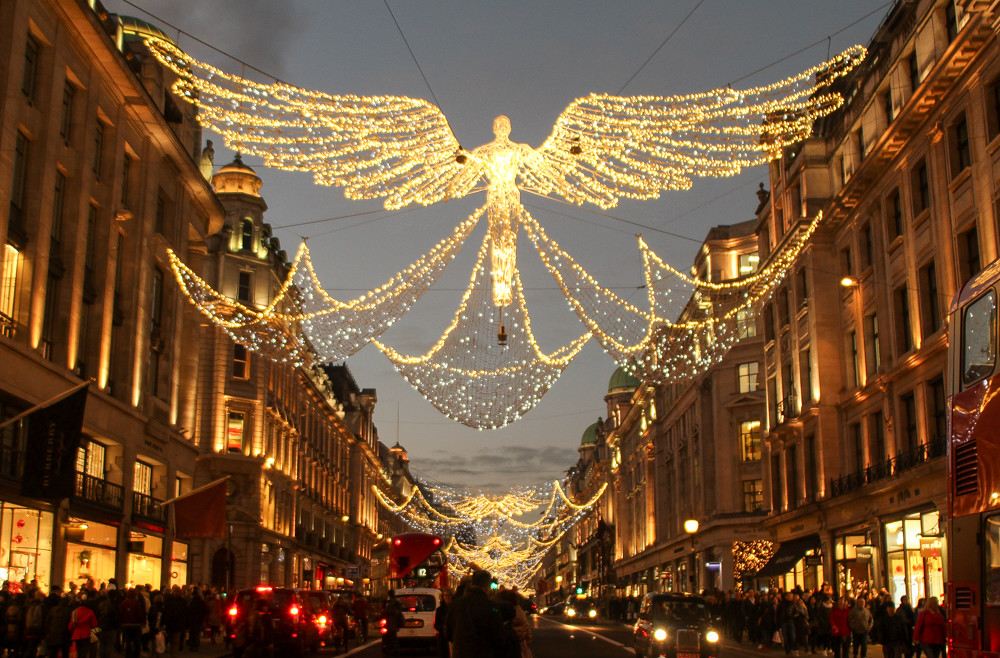 Carnaby Street, this “wild and different” part of London has it’s own take at the Christmas lights. Teaming up with Victoria and Albert Museums’ new exhibition, “You say you want a revolutions? Records and Rebels 1966-1970”, messages of hope and dreams are set up high, covering the street. 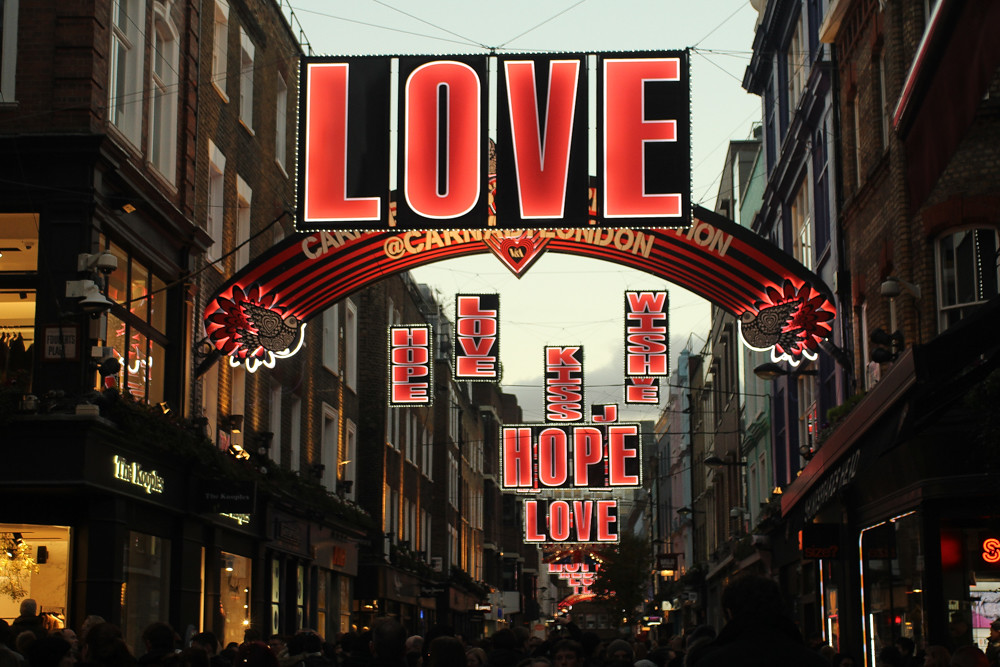 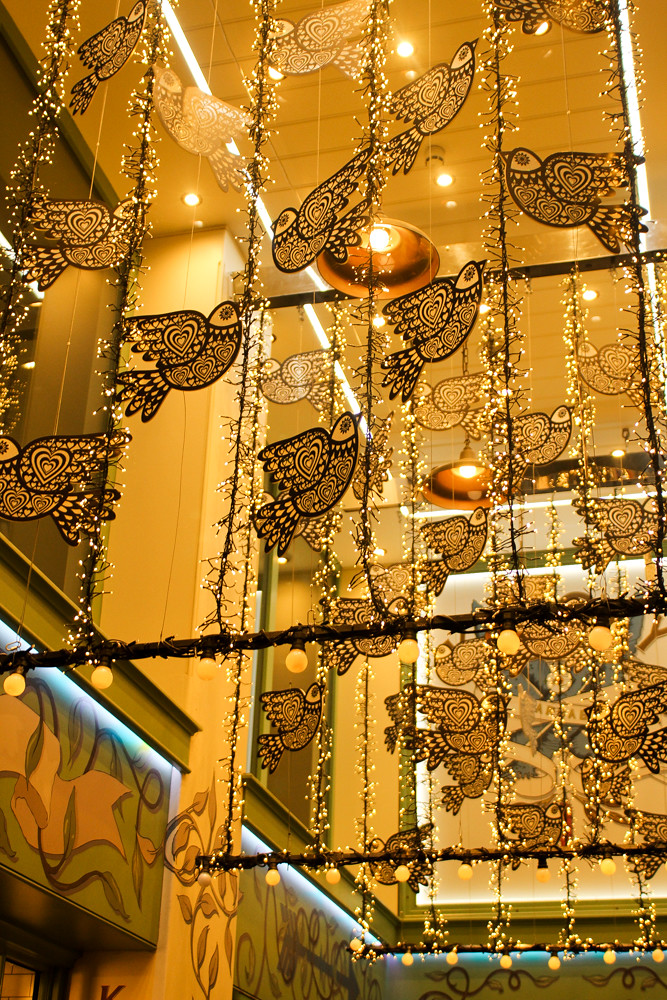 I returned later to Winter Wonderland but unfortunately it was impossible to get in again. The crowds waiting were easily exceeding 2000 people at each entry. So I slowly started to walk down towards Victoria Coach station to catch my bus home. 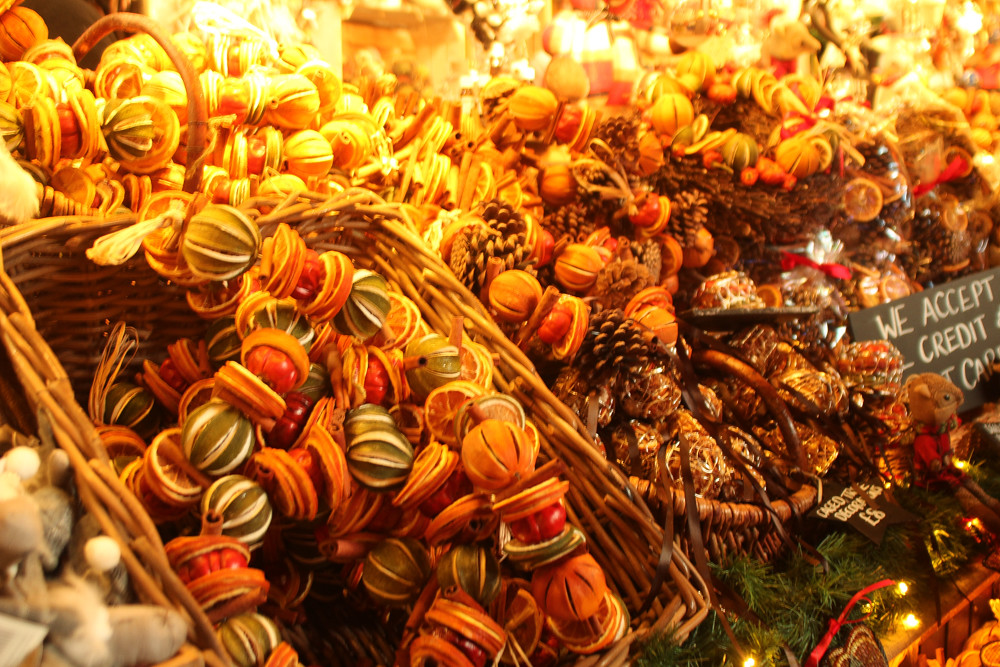 On and all, even if the decorations are really beautiful and you can see how much effort it has been put into transforming London into a dreamland, I felt that it was a disappointing visit due to two important things: too many people and rip off prices.

Did you visit a Christmas market this year?

Disclaimer: Please note that I received the Tyrrells crisps for free to review them. However, all comments and opinions in this article are my own.