I remember Pushkar being one of my favorite places in India, from my first trip so I was very looking forward to be back again. The colored market, the lazy fruit lassi’s, the fearless monkeys. But life had other plans.

The train from Udaipur to Pushkar was a bit more comfortable and not so cold as the previous experiences. We traveled again for most of the day and arrived in Ajmer in the afternoon, where jeeps were waiting for us to take us to Pushkar, to our hotel. 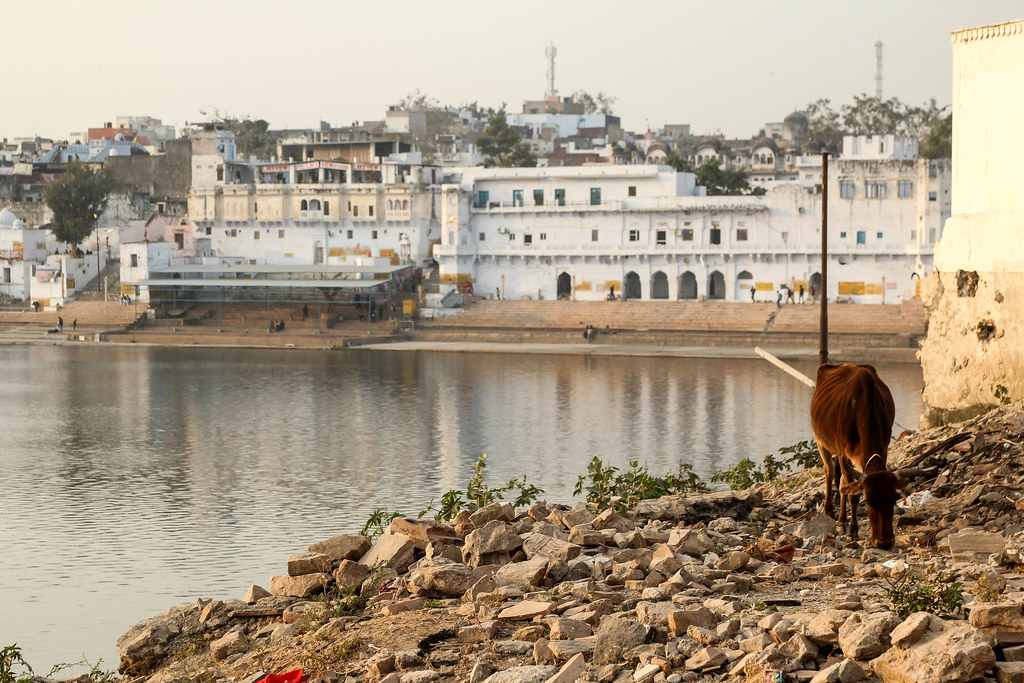 Pushkar is one of the oldest towns in India and lies on the shore of Pushkar lake, and it’s a place for pilgrimage because of the religious significance. The town itself is full of Indian priests (Sadhu) but also with bohemian tourists wearing large and colorful clothes, dreadlocks on their heads, in search for the “free spirit”. Pushkar is considered a sacred place, no meat, eggs or alcohol being allowed. However, at most of the restaurants, waiters will ask you if you want to drink beer, bhang (canabis) lassi or smoke hash. 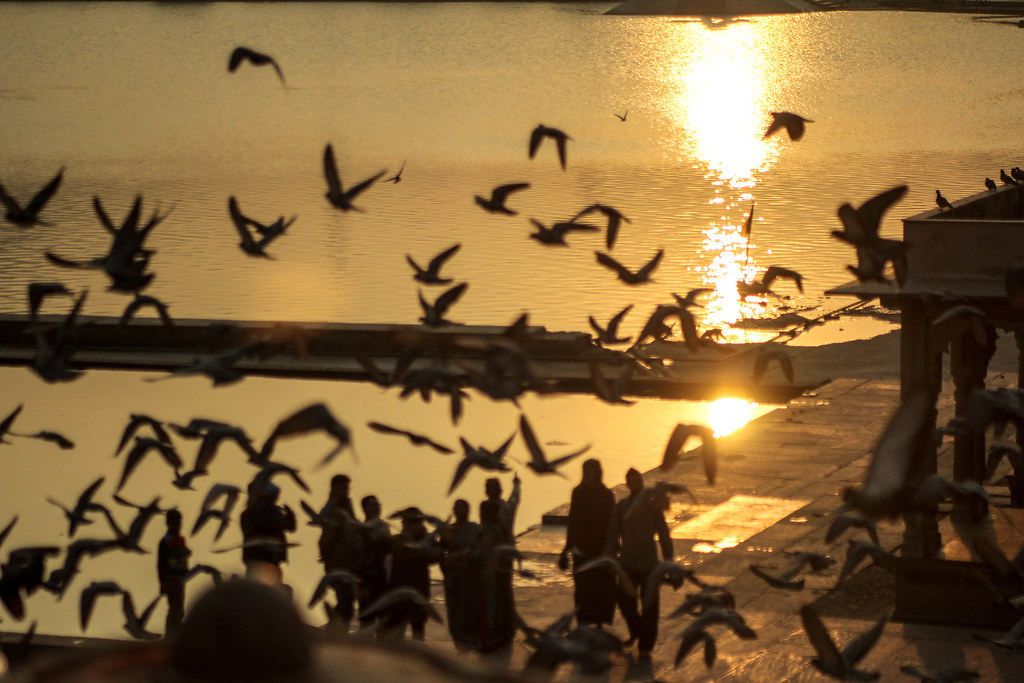 The legend says that when Brahma arrived in Pushkar, the area was terrorized by a demon that was killing people. He defeated the demon using a mantra on a lotus flower and in order to protect the place he needed to perform a fire ceremony together with his wife. But she was late, so Brahma married another girl with whom he performed the “yagna”. When his first wife found out, she became so mad that she cursed Brahma saying that he could only be worshiped in Pushkar and nowhere else.  This is why the most famous temple in Pushkar is dedicated to Brahma. 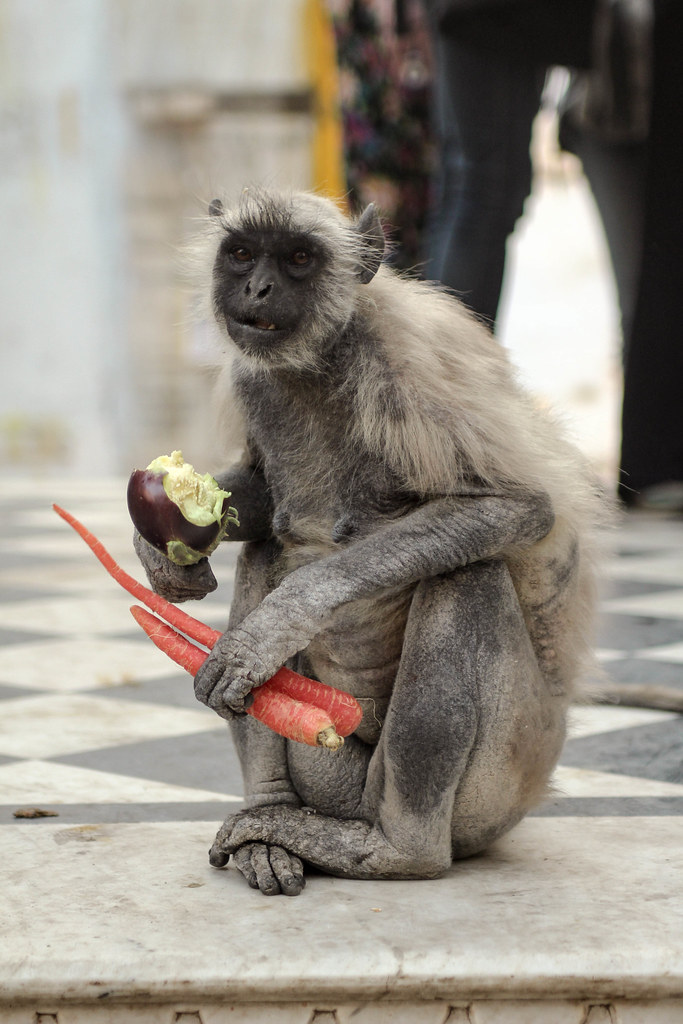 Shortly after arriving in Pushkar we went into the town for an oriental tour, followed by a lassi at sunset, on one of the highest terraces in the area. From there I could see children playing with their kites from rooftop to rooftop, being in some sort of competition. 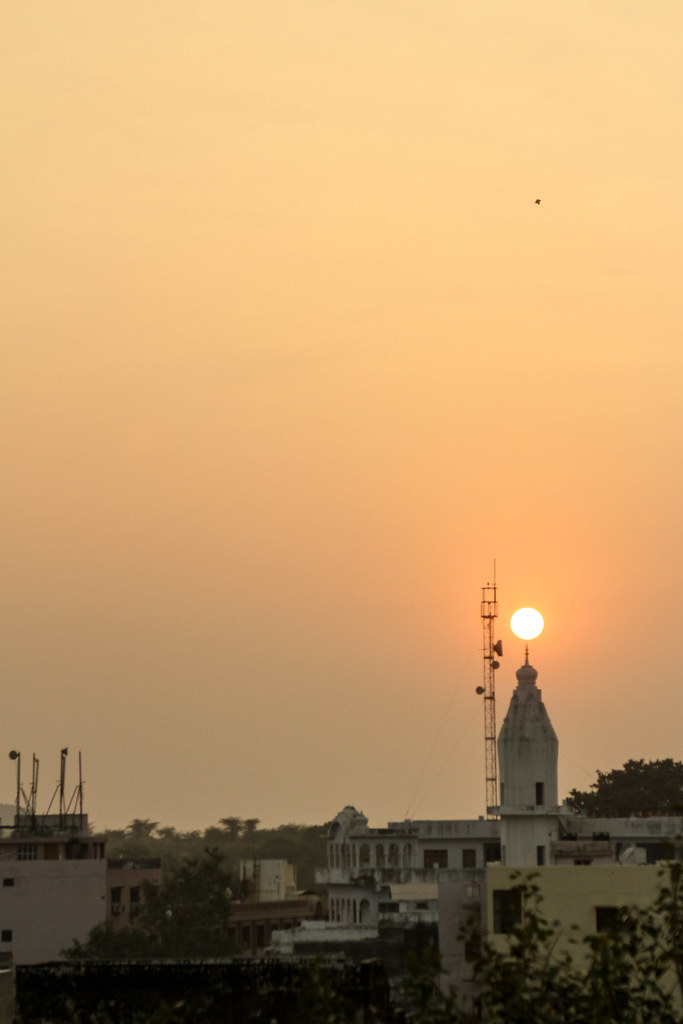 The evening came pretty fast and even if we were on the road since morning, it was New Year’s Eve so we ordered beer and went around the fire, in the hotel’s garden, to get warm. We exchanged the Secret Santa presents we got each other (as we were too late with the idea in time for Christmas) and then we climbed on the rooftop to see the fireworks.

Now, Indian fireworks are everywhere. And I mean EVERYWHERE: up, down, left, right, blowing up into windows, lighting trees of fire. It’s a proper show! We were two groups on the roof, and even if we didn’t know each other, someone shared sparkling sticks to everyone while we were hugging and wishing well between us. It was a very nice moment! Cleo, our guide, showed up with another cake made specially for us. You wouldn’t say cakes like that are easy to find but he managed to find one every time. 🙂

The next day we planned on waking up early twirly and hike to the temple on top of the hill. I did wake up, got dressed and went into the lobby… where I turned white and started to feel bad. Luckily, this time I was more than prepared, I had pills for everything. So I went back to bed, took them, and took the day off to catch up on resting.

28 thoughts on “Pushkar – New Year’s on the roof, broken fireworks and rest”