I always thought of Jersey to be that exotic island from the English Channel, charming and mysterious but very expensive. I have almost included it during my “Great European Road Trip” but the Interrail ticket wasn’t accepted on the ferry so I had to skip it back then.

When I moved to the UK I realised that there is a direct ferry from my town to both Jersey and Guernsey. However, at over £100 a ticket as a foot passenger, it was never an option for a weekend away, so I kept dreaming about visiting this channel island.

Recently though I managed to bargain a £37 flight to Jersey from Bournemouth airport, when FlyBe had a sale. Soon after I bought my tickets though FlyBe moved all their flights from Bournemouth to Southampton airport and offered me a free lift between the two airports.

Jersey is the most known channel island and also the biggest out of the 7 inhabited ones, lying off the French coast of Normandy. You might think that Jersey belongs to England but it is actually a Crown dependency with its own self-governing parliamentary democracy, with its own financial, legal and judicial systems. Jersey is not fully part of the European Union either but it as a special treatment for the purpose of the free trade of goods.

Leaving politics aside, Jersey is a wonderful small island, measuring only 118.2 square kilometres. Even if people speak English in Jersey, all the street signs are in French. The biggest town on the island and where I’ve booked my hotel as well, is St Helier, housing 34.2% of Jersey’s population.

I had three days to spend in Jersey and tried to make the most of it by visiting as much as I could. I found St Helier to be a quiet but lovely town with wonderful views toward Elizabeth Castle. The day I arrived the tide was already high and the path to the fort was submerged underwater. The Castle is the main touristic attraction of St Helier and it can be accessed by foot at low tide or by the Castle ferry during high tide. 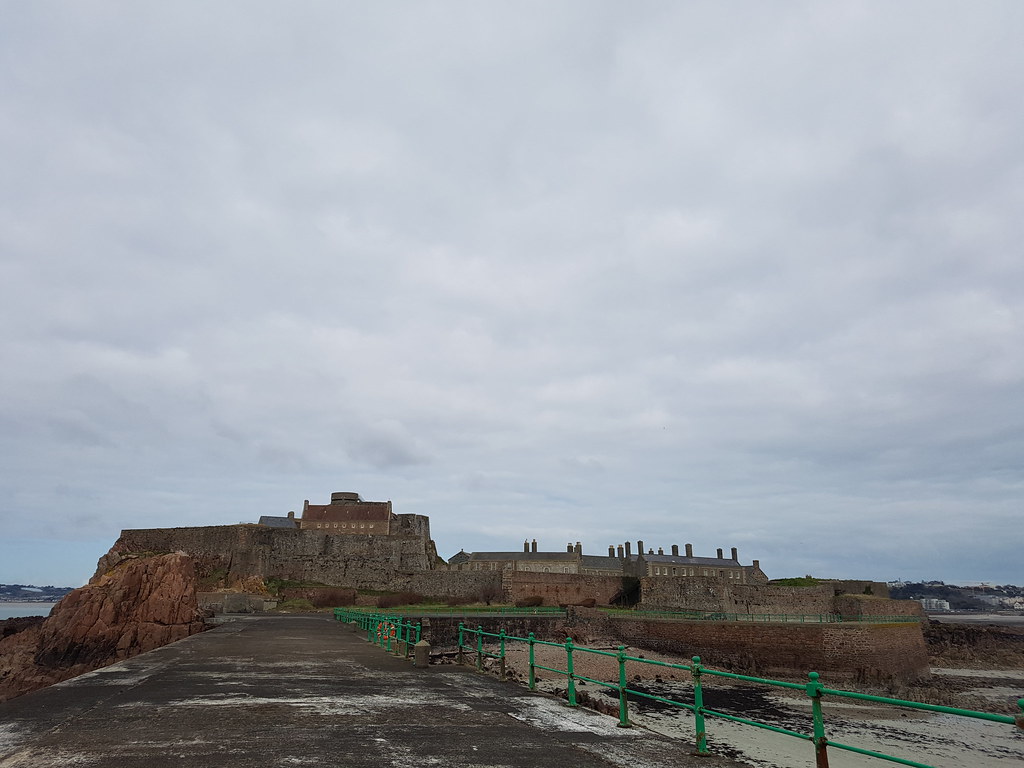 When I visited the Castle was closed for the winter but, during my last day on the island I took advantage of the morning’s low tide and walk across the bay, reaching it through the back. I managed to get in by climbing some rocks and explored the premises.

Hiking in the North of the island

Jersey is a paradise for nature lovers and for people who like to hike. I actually want to return one day and hike the entire coast of the island in a weekend. On this trip however I have only hiked in the North, from Greve de Leq to Bonne Nuit beach. The scenery is quite spectacular and offers beautiful views over the other Channel Islands. On a clear day you can easily see Guernsey and Alderney. 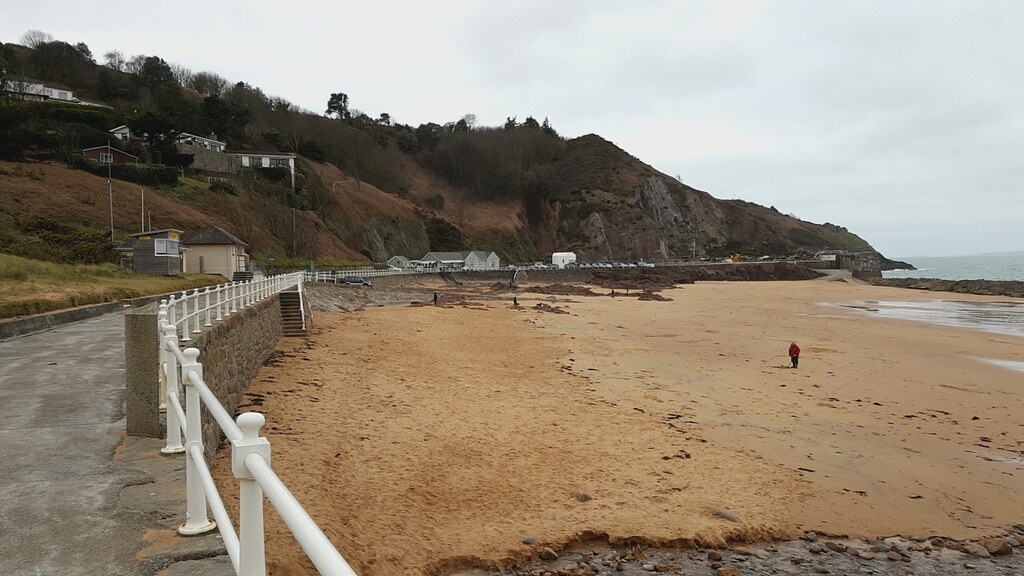 The path starts on the beach and begins its climb up the hill, through a clay pigeon shooting club before turning left and continuing on the coast. It is very peaceful and fairly easy, even for a beginner. The first point of interest, after about an hour’s walk, is the Devil’s Hole, a natural crater formed after a cave collapsed. The name of the place comes from a strange statue that sits in a pool of algae at the beginning of the trail going downhill. The legend says that a ship crashed into the rocks below. Its figurehead was found by a local craftsmen who brought it to his shop, added horns to it and then brought it back. The original statue was made out of wood but because of the harsh weather of Jersey, in time, it has been replaces with a bronze one.

After having lunch at the The Priory Inn I continued my way up the coast, through fields of daffodils where sheep would graze undisturbed. I can imagine how beautiful this hike is in summer, when all the grass in green and the sunshine plays on the water’s surface creating tiny golden sparkles. 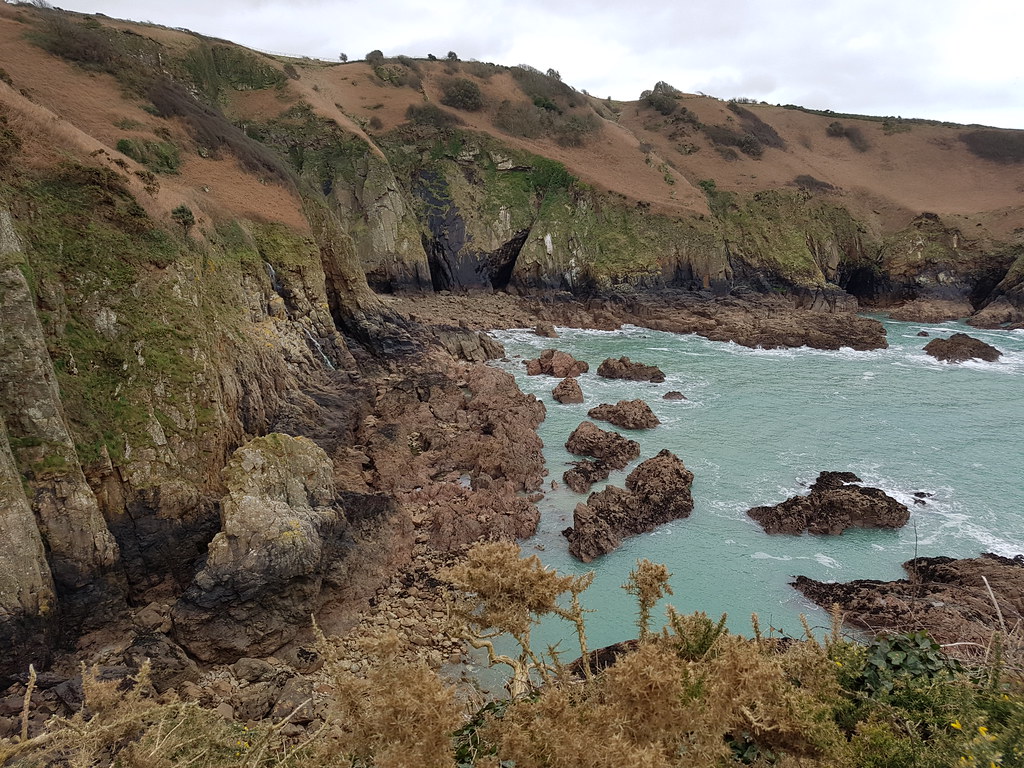 Further on I passed by a motocross circuit built right on the cliffs, where a competition was actually taken place, so I hanged around for a while, watching the brave daredevils speed up and jump over obstacles.

Probably the most photographed castle in Jersey and the most common picture on postcards is Mont Orgueil, a fortification overlooking the harbour of Gorey, in the East of the island. You can get to Gorey very easy by public transport from St Helier, the journey taking about 20-40 minutes and passing through beautiful landscapes along the coast. 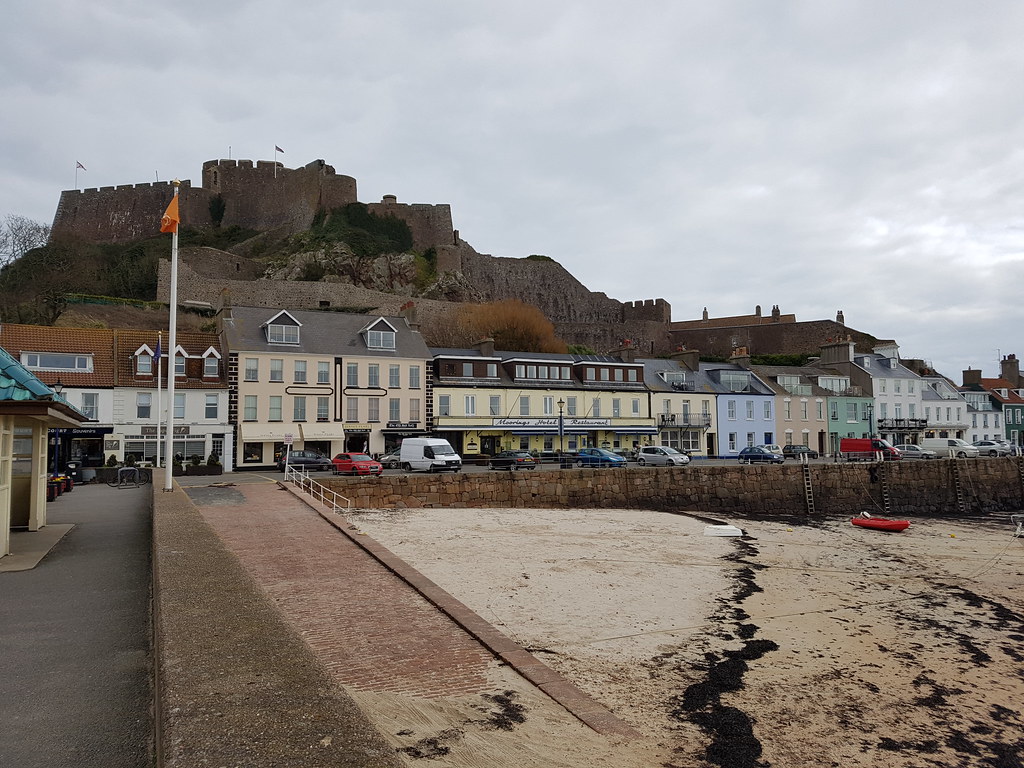 The castle has been first mentioned in 1212 and during the medieval times it has been the primary defence of Jersey. You can visit the inside of the castle for a £12.20 fee and learn about it’s role in the history of Jersey. The views from the top of the castle over the bay and further towards France, are really beautiful.

How expensive is Jersey?

I travelled to Jersey in spring, out of season, which made the cost of my stay much cheaper than in summer. I found the prices to be relatively about the same as back home in England. I have booked a twin room at the Mayfair Hotel for £50 a night and shared it with a friend, which reduced the cost in half. Mayfair is a 3 stars hotel, 5 minutes’ walk from the High Street of St Helier, with breakfast and spa included in the room price.

There are plenty of restaurants to eat at in St Helier, from the typical chains you find everywhere in the UK (like Pizza Express for example) to different cuisine ones. My recommendation would be Hugo’s, a kind of hipster restaurant with  an eclectic decor and a very appetising menu. The local market also has some interesting places to eat and here I can recommend you to try the Romanian little restaurant that serves a delicious tochitura with mamaliga (a Romanian type of stew made with different meats) for about £7 (Jersey pounds which have the same value as the English pounds). 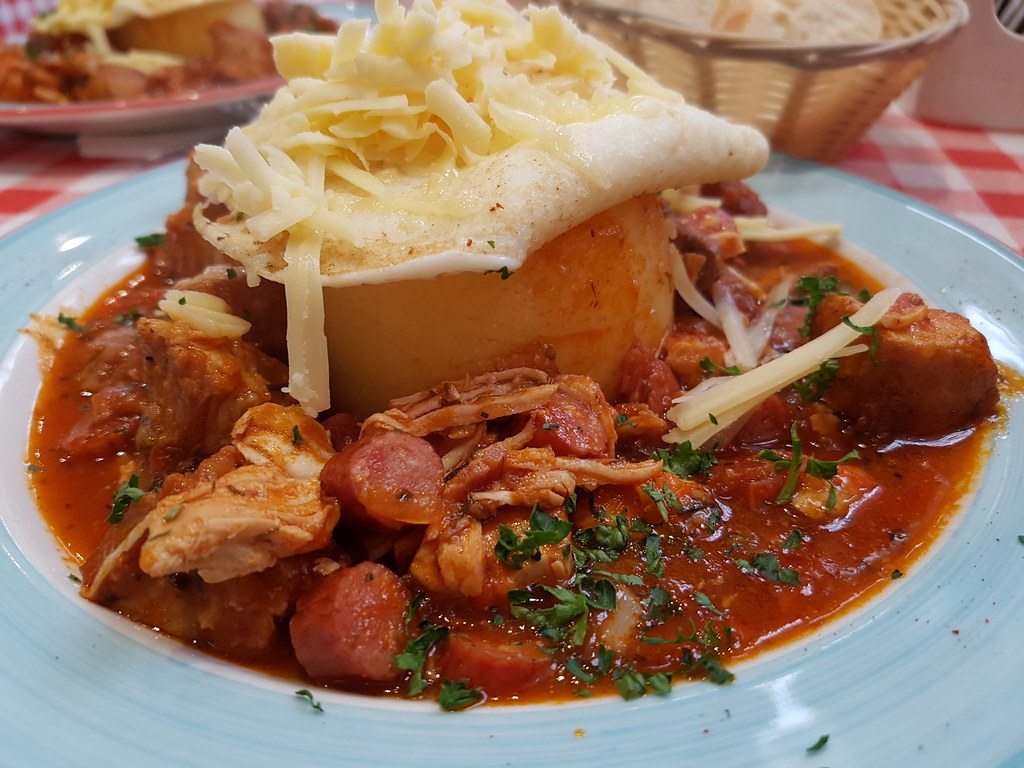 Jersey has a very good public transport covering the entire island and having the main hub in St Helier at Liberation station. The price for a bus ride to any part of the island (including to and from the airport) is only £2.

How to get to Jersey?

The easiest way to reach Jersey is by plane, with many daily flights from Southampton (in about 30 minutes), London (in about 50 minutes), and the majority of other British airports. Condor Ferries also connects the Channel Islands to Poole and Portsmouth in the UK and Saint Malo in France. 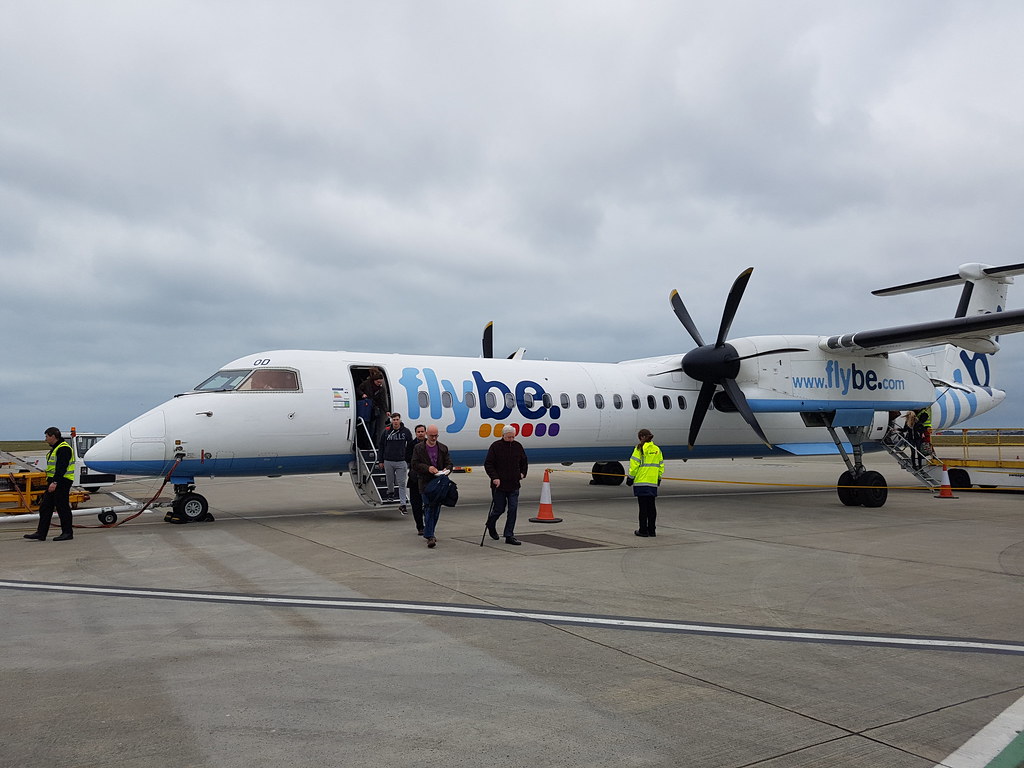 This post was sponsored by travelcast.tv, an exciting new video platform. Go check it out!