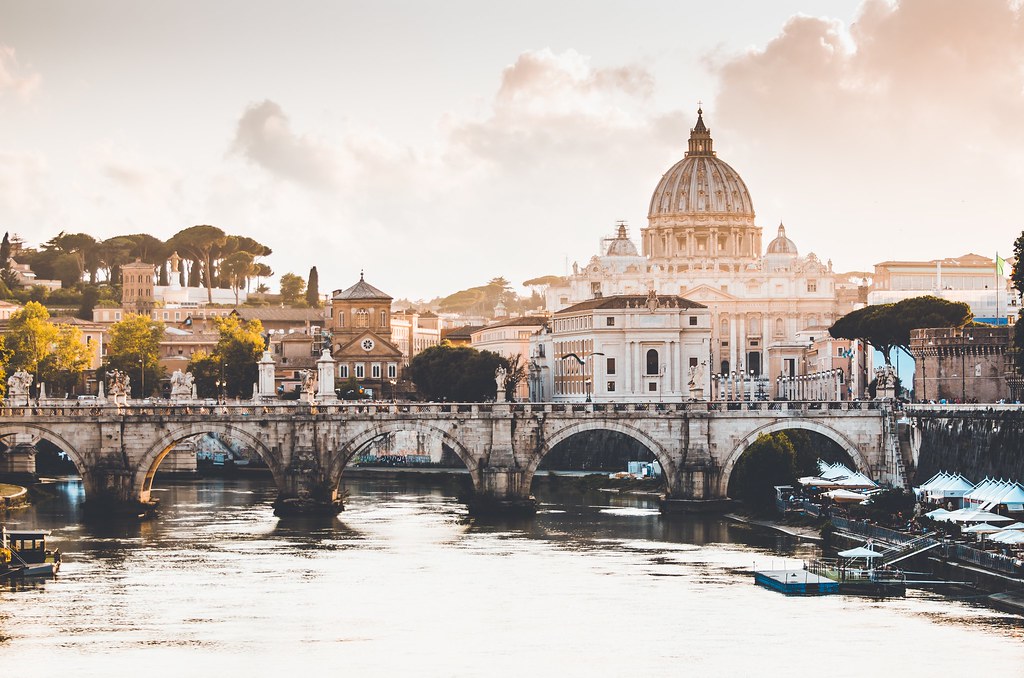 When you have a layover in Rome, with so many attractions, is hard to make a plan on what to see first. And you don’t want to aimlessly walk around either, hoping that you will stumble upon some monuments. So I created this itinerary for you, together with a map, with my recommendations on what to visit when you only have a few hours to spend in Rome.

Depending on which airport you land on, the quickest way to get to Rome is by booking a private transfer. If you are traveling with your family or friends, a private transfer from one of the Rome airports to the city is recommended, as the price will be lower than taking the train. A private transfer stars from 40 euros/car, for up to 4 passengers, which is only 10 euros per person. Also, it is hassle free as the driver will wait for you in the arrivals hall and you won’t lose time navigating through the airport trying to find the bus/train station.

From Fiumicino you can also take Leonardo Express train which connects the airport to the train station in Rome. The price for one single ticket is 14 euros. 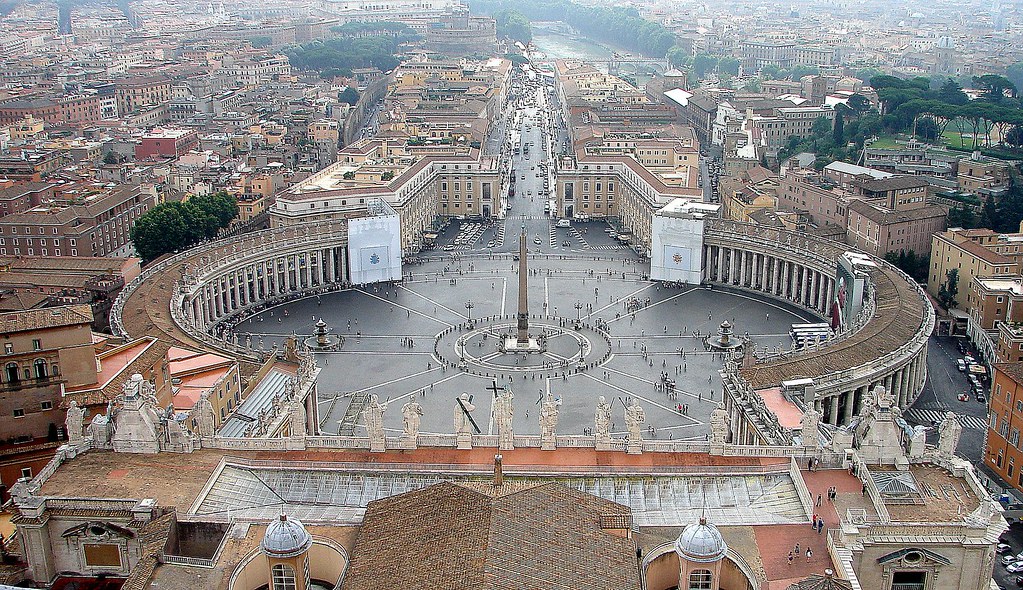 My first choice on what to visit on a short trip to Rome would be the Vatican. You can easily spend an entire day just walking around the Vatican and its grounds, but you have limited time, so I suggest you admire the square and then go inside the basilica, which is truly majestic. It’s beautiful from the outside, but from the inside it’s a proper work of art. Plus, you will get a chance to see Michelangelo’s original Pieta, as you walk in, on the right-hand side. Depending on how big the queue is to get into the San Pietro’s Basilica, you might have time to also climb up to cupola, from where you will enjoy glorious views over Rome, especially on a sunny day. You will notice from up there how ancient Rome was built of seven hills. Here are some suggestions for skip the line tours.

Have a coffee at a bar near Campo de’ Fiori 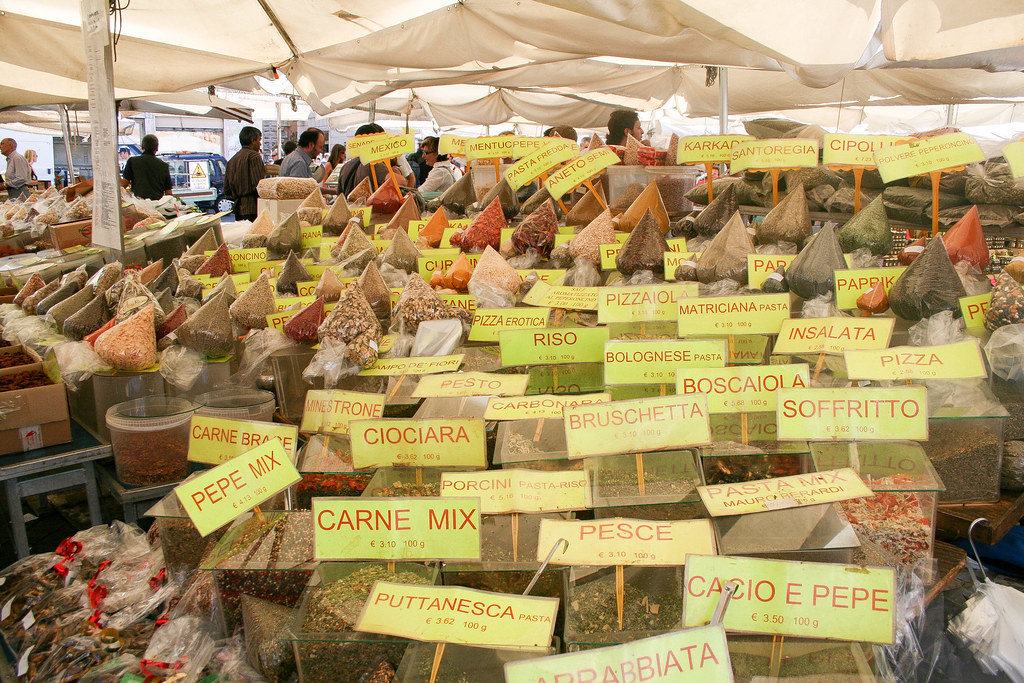 I still consider Campo de’ Fiori one of those hidden places of Rome. The small market, hidden behind the tall buildings of Corso Vittorio Emanuele II, is delightful to explore. Here you will find not only flowers (as the name would suggest), but also fruits, vegetables, spice mixes and… limoncello. Sit at one of the bars bordering the square and watch the hustle and bustle of the market, to get acquainted with the Italian buzz.

Remember that in Italy a bar is not a drinking place but a coffee shop where locals are having their daily dose of caffeine, pastries and paninis. 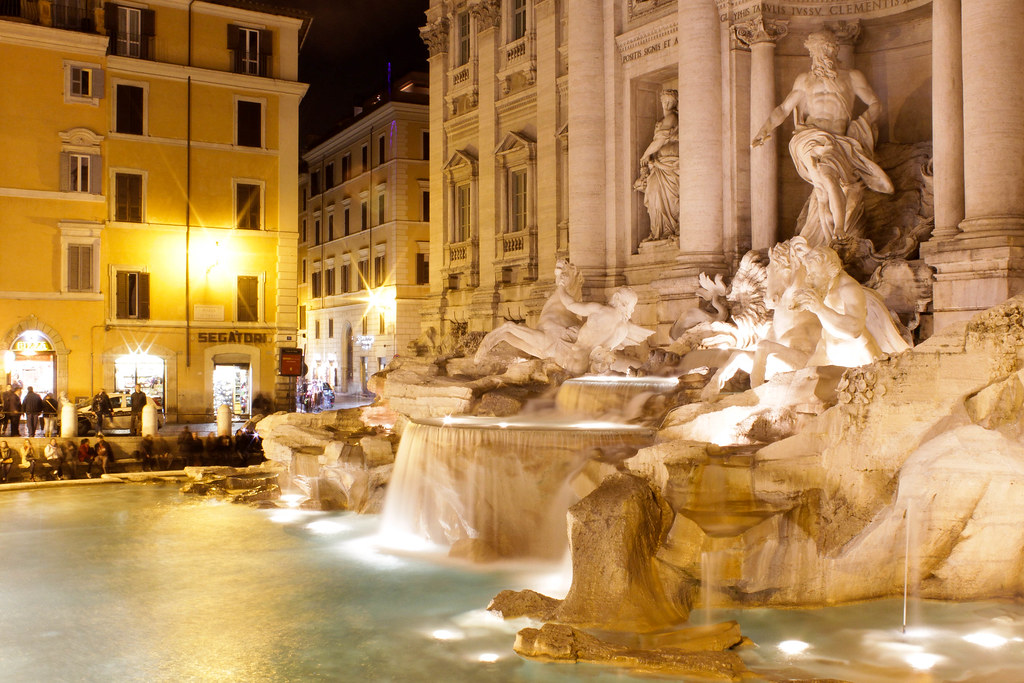 You can’t go to Rome and not follow La Dolce Vita’s Sylvia’s steps to Fontana di Trevi. I don’t recommend you jumping and dancing in it, as she did, because you will probably be escorted to the police section, but do go to see it. Throw a penny over your shoulder into Fontana di Trevi and you shall return to Rome, that’s what the legend says.

Even if Fontana di Trevi sounds like a very romantic place, please don’t be disappointed by the huge crowds of people surrounding it, and don’t let them spoil your experience. It’s hard to see beyond the crowds, especially the ones formed out of people who are there just to take a photo and tick another monument on their list. But think of Dolce Vita. Sit down on one of the edges surrounding the fountain and imagine it empty.

Fontana di Trevi is best experienced late at night, when there are not many souls left around. You can then hear the rumour of the water as it falls into the fountain and the illumination behind it makes it look even better. If your layover is during the day though, just throw a penny, and you will return for sure to see it after dusk too. 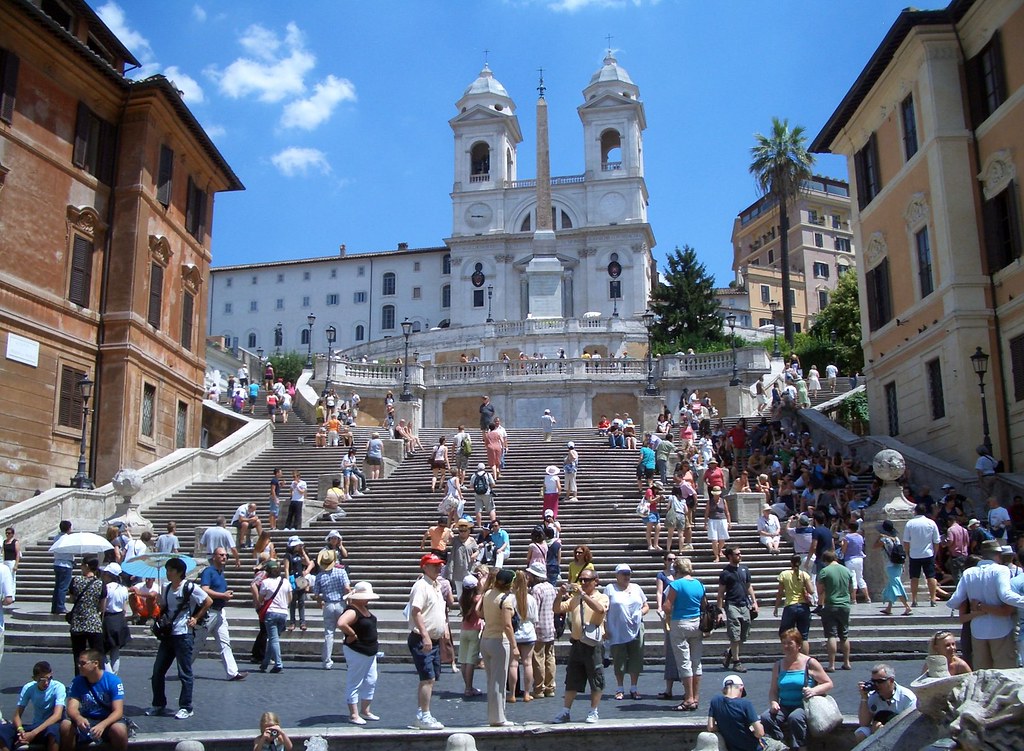 Walking distance from Fontana di Trevi are the Spanish Steps, a great gathering place for the youth of Rome. In spring, the steps are decorated with the most beautiful pink and white azaleas, which make it not only look gorgeous but also smell divine. If you are traveling solo to Rome this is the place to make friends among the locals.

There are 135 steps to the top, where you will find Trinita dei Monti church, but they are not hard to climb. From Piazza Trinita dei Monti you can enjoy a beautiful panorama over Rome, you can even try spotting the Vatican’s cupola!

The Spanish Steps have been featured in many movies, such as Roman Holiday, The Talented Mr Ripley, To Rome with Love and even Everybody Loves Raymond.

Have pasta carbonara at a local trattoria in Trastevere 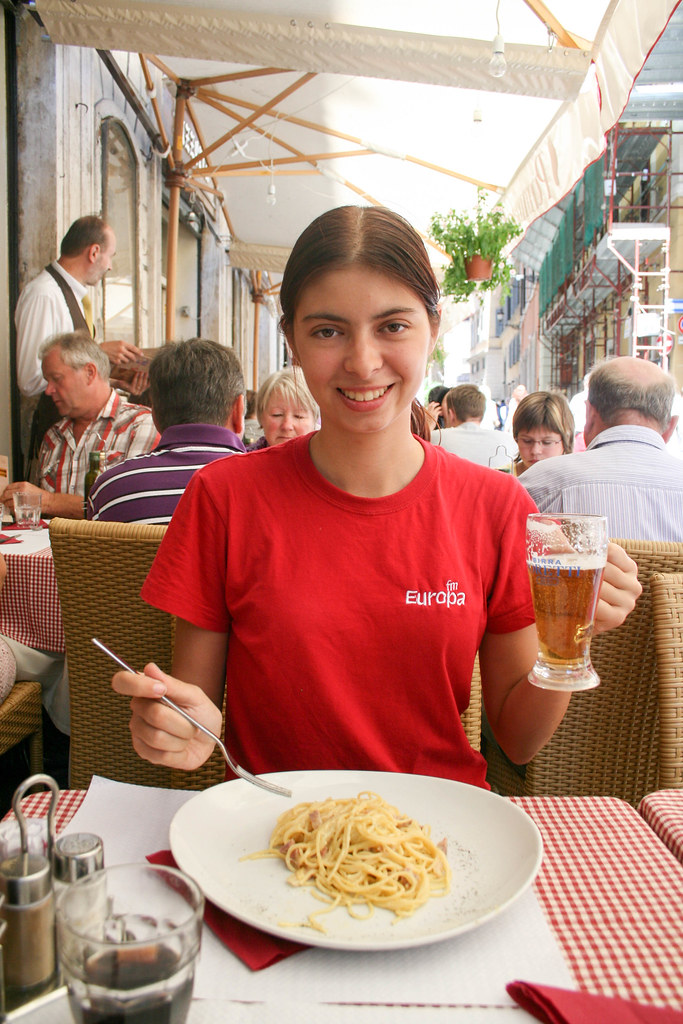 Just as every region in Italy has its own traditional dish, Rome has the pasta carbonara. And you won’t find a better plate of carbonara than at a local trattoria, on a side street, somewhere in Trastevere, one of the less touristy central neighbourhoods of Rome. Why do I recommend going to Trastevere, when you only have just a few hours to spend in the city? First of all, it’s not as far as you might think, and secondly, because it’s so beautiful, with narrow streets paved with cobble stones, ancient houses and some of the best food in Rome.

You probably have tasted different versions of pasta carbonara until now, most of them very saucy, with lots of cream. You will be surprised to know then that the original pasta carbonara is made using only 5 ingredients: pasta, eggs, pancetta, pecorino romano and pepper. There is no cream in the original carbonara, nor onions. Usually, carbonara will be served with spaghetti, but it can also come with fettucine, linguine or bucatini.

Have gelato at Giolitti 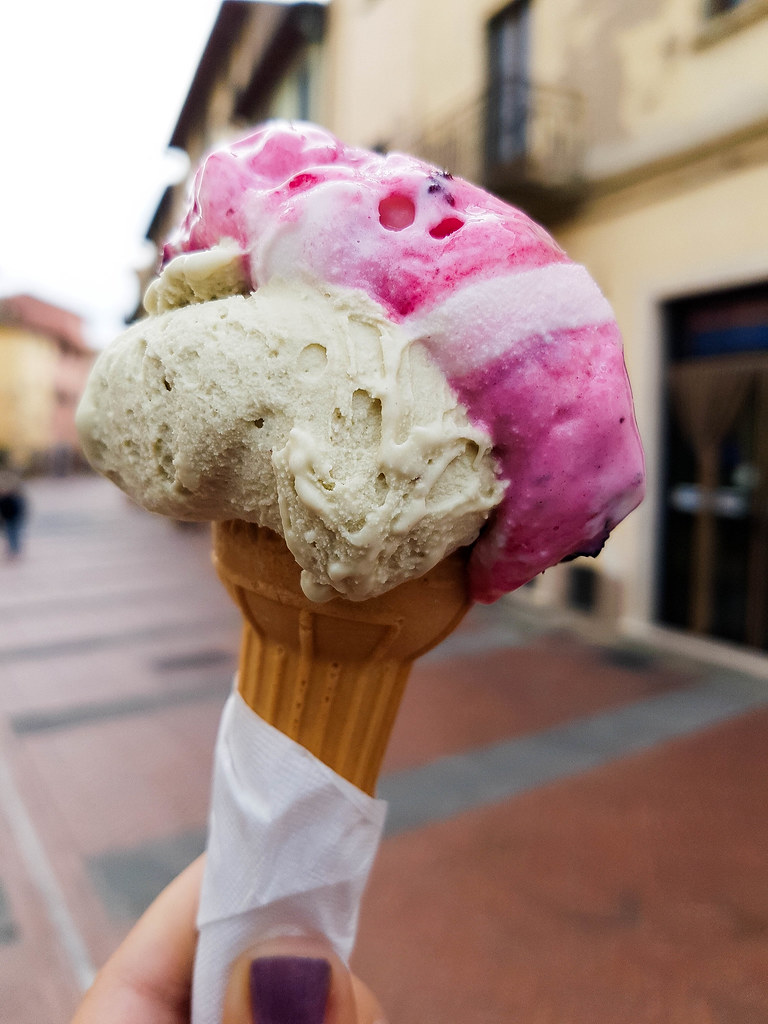 11 years ago, when I first visited Rome, I had gelato from Giolitti and it was so good that I kept returning every time I came back to the Italian capital. Situated close to the Pantheon, on a side street, Giolitti is one of the oldest gelaterias in Rome, dating all the way back in 1900 and it is  still owned by the same family.

There are so many flavours of gelato to choose from, but I always go for the same combination: amarena (which is vanilla and cherry, with full cherries in it) and pistachio. In my world, you can’t get flavours better than these!

See the Colosseum – on the outside 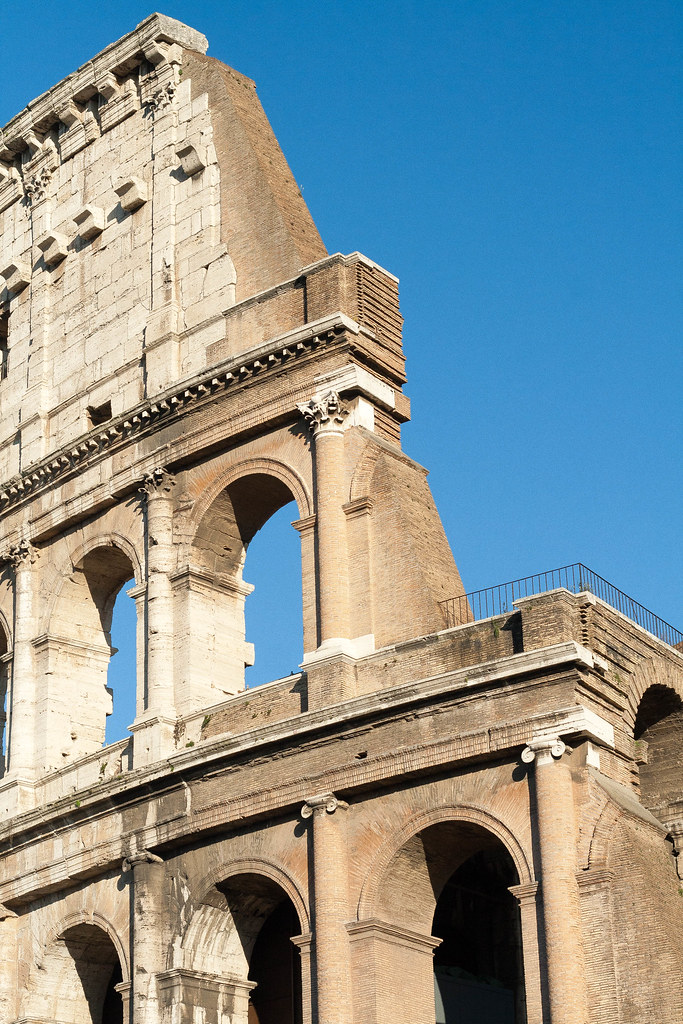 You can’t go to Rome and not see the Colosseum. However, in 8 hours you won’t have a lot of time to take a guided tour on the inside as well. But don’t worry, the Colosseum is a magnificent monument in Rome, no wonder it is one of the 7 wonders of the new world, so admiring it from the outside will be pretty spectacular too. You can go around it, whilst having another gelato, or take photos with the mighty gladiators who allure tourists into a sword game play, for a fee, of course.

Glace at the Roman Forum 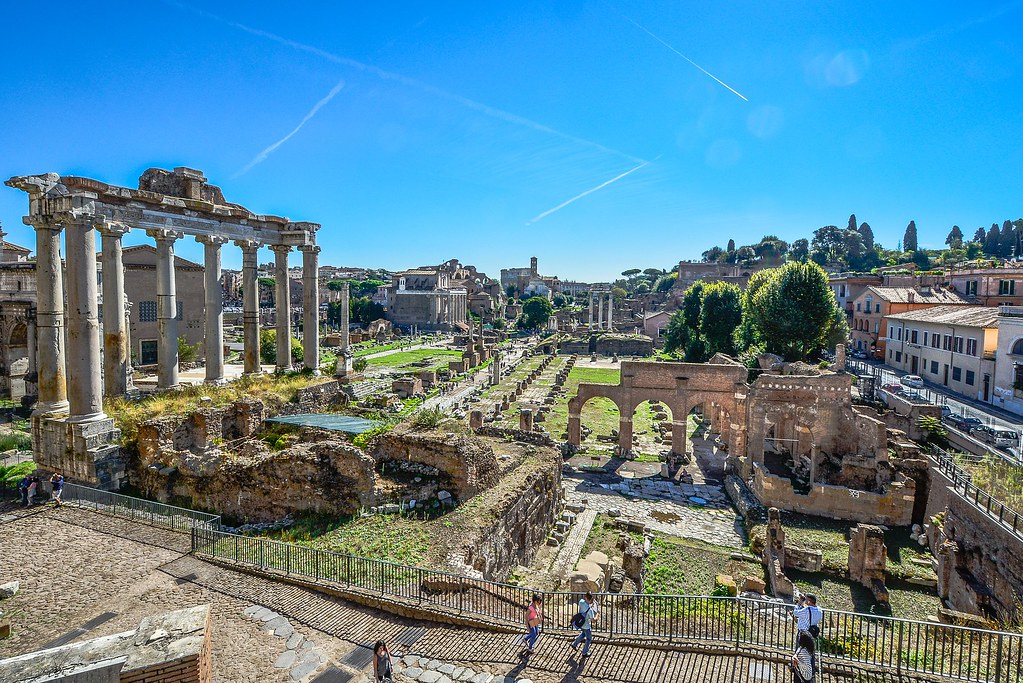 The road from Corso Italia and the Vittorio Emanuele Monument, direction from which you will probably come towards the Colosseum, passes through the Roman Forum. You can admire here, for free, the latest archaeological sites but also Trajan’s Column which commemorates the Roman Emperor’s victory in the Dacian wars, between 101-102 and 105-106.

Back to the airport

Unfortunately, time has come to say goodbye to Rome and go back to the airport now. However, you did throw a penny in Fontana di Trevi, so you will return!

Here is the map with the places I suggested in this article. The total walking time is 2 hours and 37 minutes, giving you plenty of time to enjoy the city as well in your 8 hours layover. Disclaimer: This article was written in collaboration with Rome Airport Transfers.