Another day, another early start. This time the local bus was waiting for us in front of the hotel, which made the commute easier. It was still cold but not as cold as the local train. The chair were very comfortable also and between sleeping and snaking on Chocopie biscuits, the 8 hours ride from Jaisalmer to Jodhpur passed faster.

We arrived in Jodhpur in the afternoon and we didn’t have a lot of time before arriving to the hotel and  leaving for the Mehrangarh fort. We were to have only half a day in the second biggest city of Rajasthan and the plan was to zip-line at sunset. I hesitated because of my fear of flights but in the end I told myself that it’s a once in a lifetime opportunity to “fly” above a fort in India so I did it. 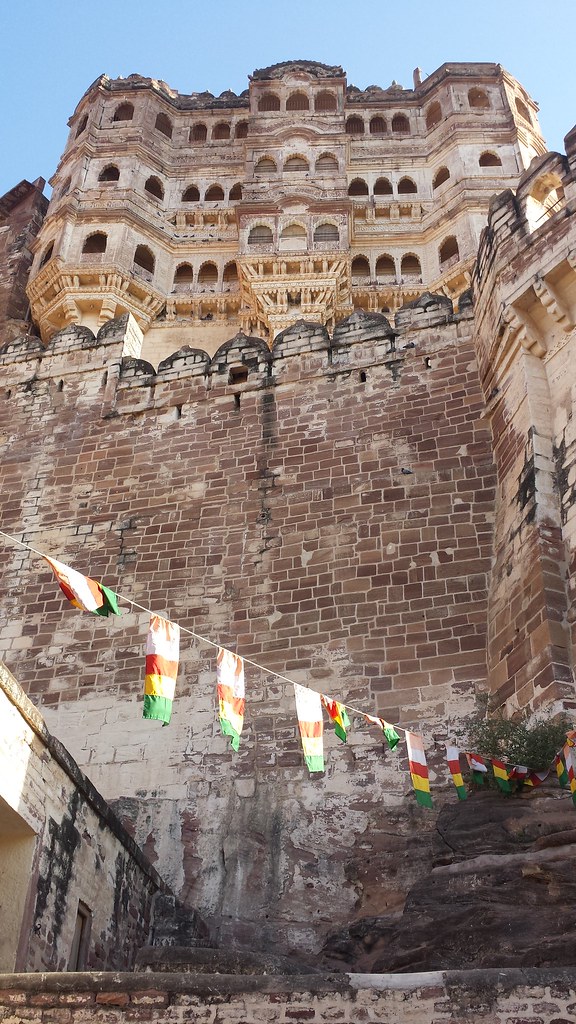 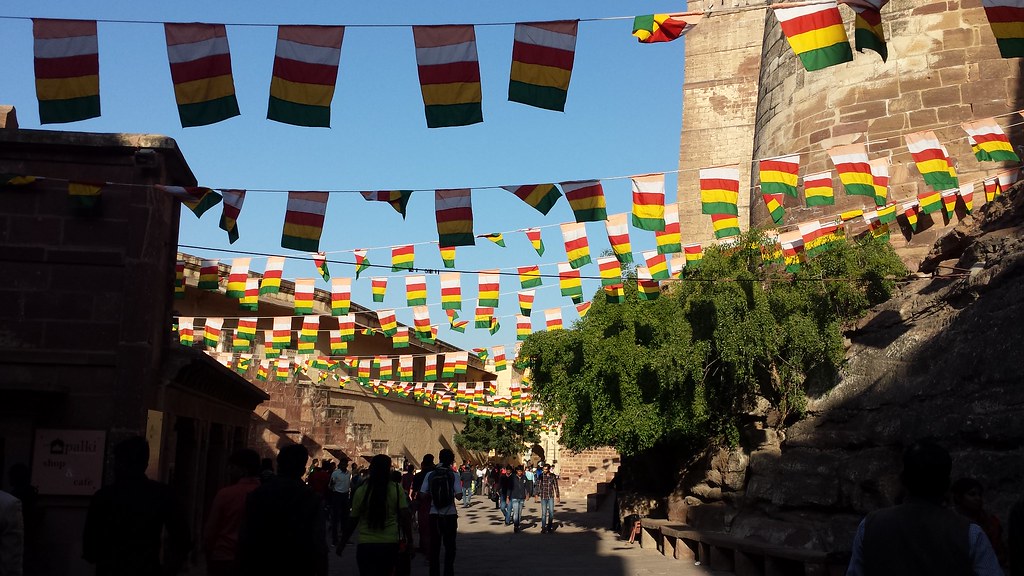 The zip-line centre is located inside the fort and by doing this at sunset you get to wonder around a bit alone, without the tourists inside, at the end. Flying Fox has been operating in Jodhpur for over 10 years now and they appear even in the Lonely Planet as one of the best activities in the area. They have 6 zip-lines that sum 300 meters in total and pass over 2 lakes. We also trekked through the Rao Jodha eco-park while going from one zip-line to the other and enjoyed stunning views of the fort. The adventure comes with a high prices though, 1800 rupees, which for India is a fortune. 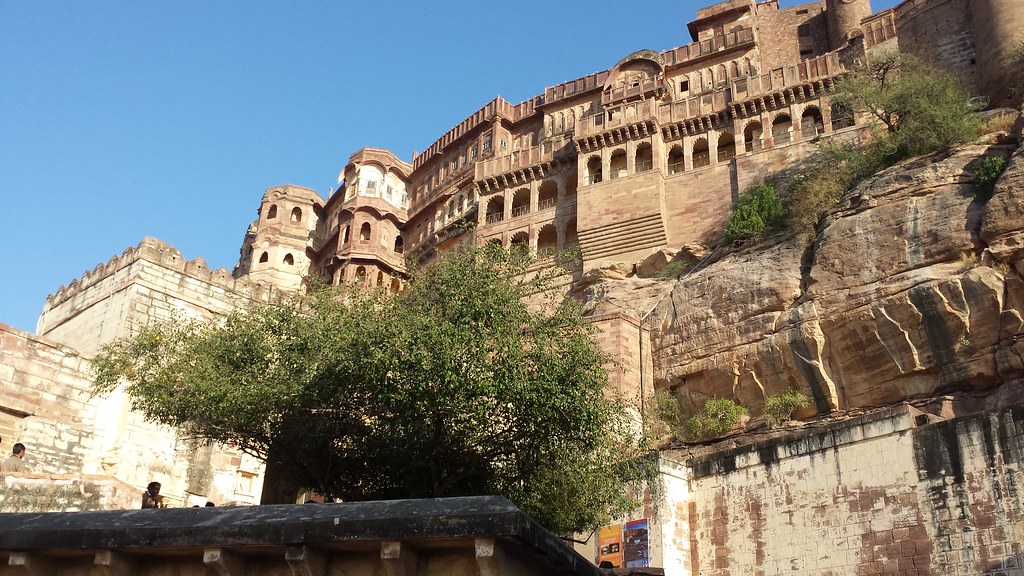 The training was simple and fast, we got to test how the equipment works in a beautiful garden, between two trees. Then we climbed some stairs and arrived on an edge of the fort, our starting point. The first line was going over a lake and the distance to it was pretty high. My heart was jumping out of my chest and my hands were already sweaty. I waited  and see how everyone else was going while I couldn’t seem to get the courage to be next. 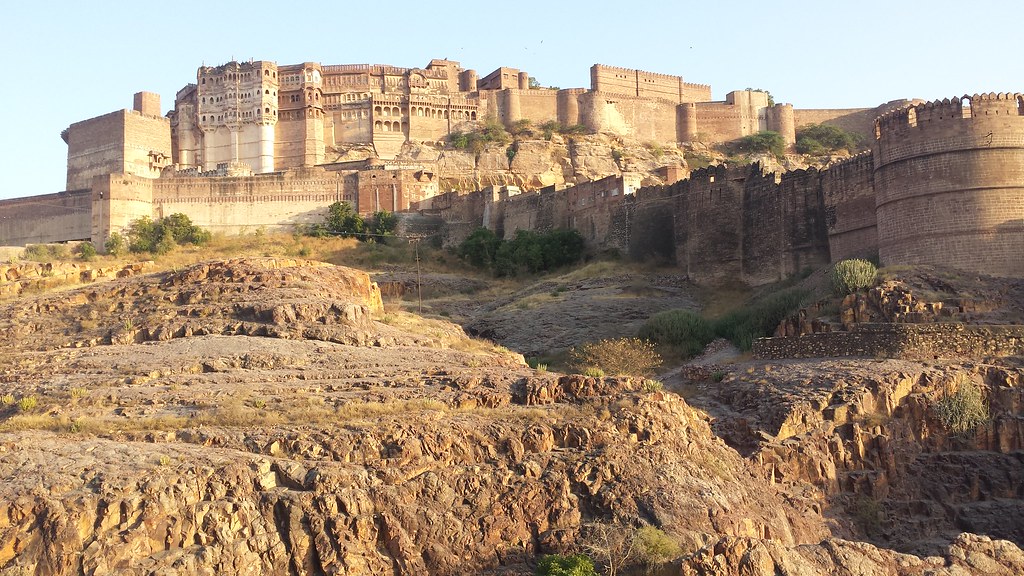 And there is was…. my turn. I didn’t think I got the chance to take a deep breath as the guide pushed me and the journey begin. I screamed and then I opened my eyes and saw the beautiful sights around. It felt that I was sliding very slow, even if it probably took less than a minute to get to the other side. 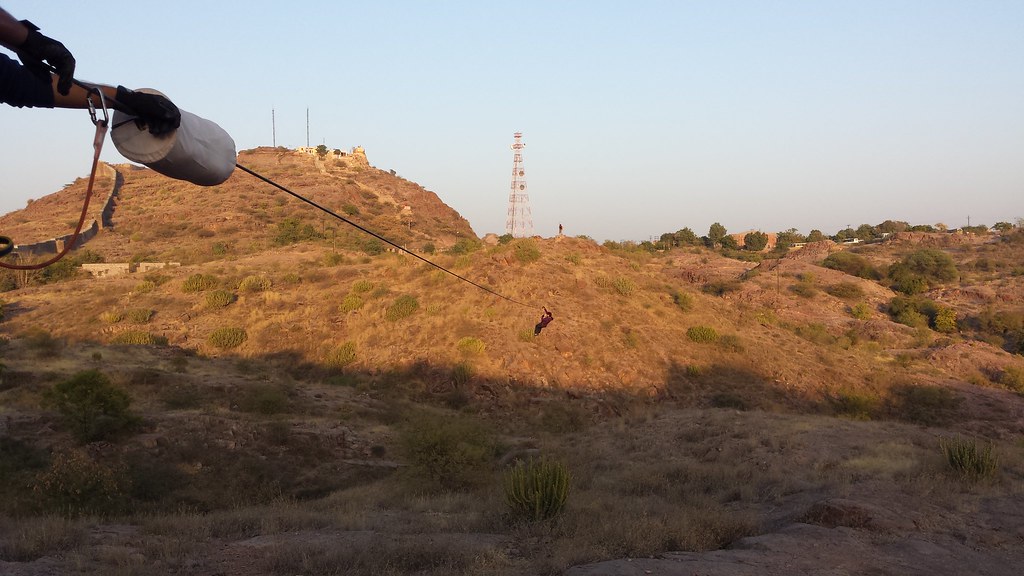 I started to get used to it by the last line, which took us back to the fort. It was a great experience and an awesome feeling! 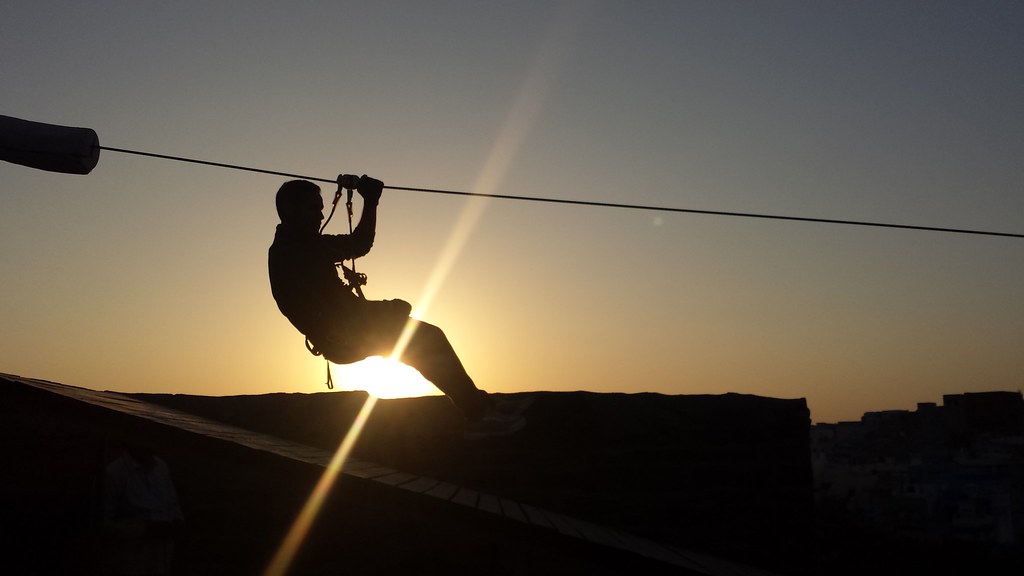 At the end we enjoyed the sun setting down over the city. About Jodhpur I can’t tell you a lot due to the fact that we only spent an afternoon there. It is not known why the city is painted blue: some people believe that the color is associated with the Brahmin Caste, India’s priestly caste, and the people living in the blue houses belong to it; other people believe that painting the house blue was a way to keep termites away, due to the chemicals in the paint. 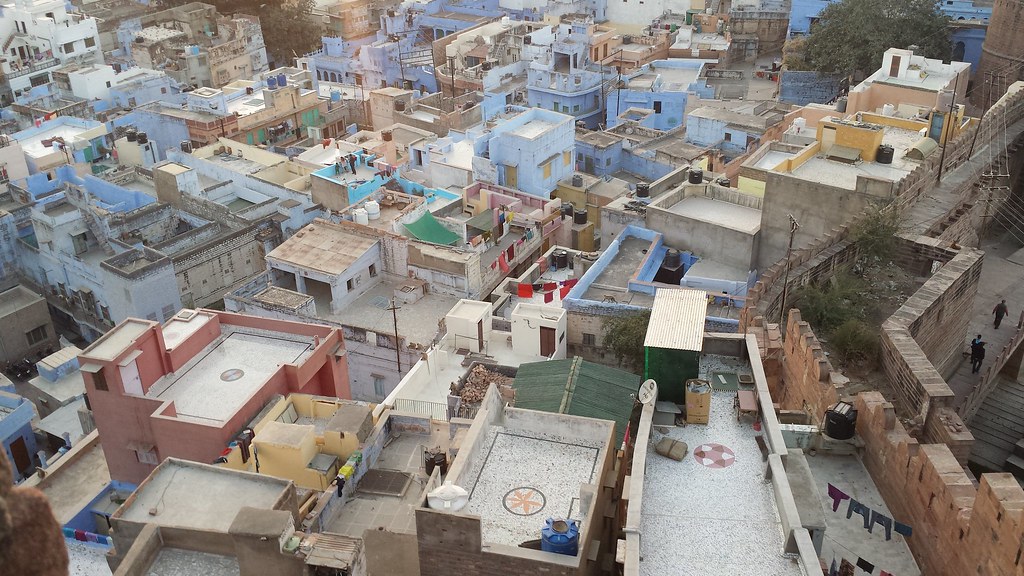 Our guide mentioned that a scene the Batman Dark Knight Rises was filmed at the fort.

47 thoughts on “Zip-lining in Jodhpur – The Blue City”