I woke up the next morning with a feeling of sadness, knowing it was my last day in Cuba. In less than 24 hours I was supposed to be on board of a plane, returning to the real world, in the 21st century. My time in Cuba had exceeded my expectations and thought me a very valuable lesson about human kindness. I still had a full day tough and tried to best out of it. It was after all the last day of the year! 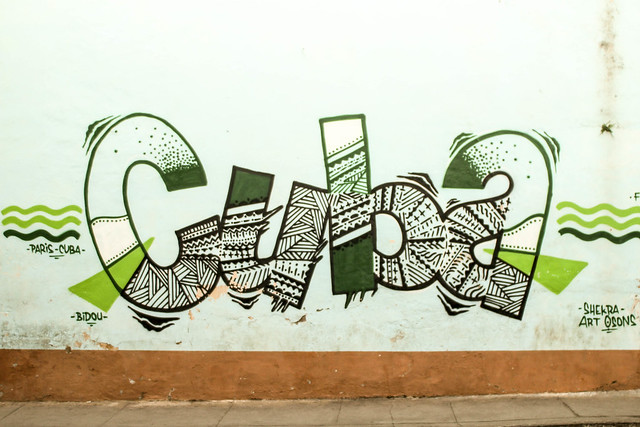 Jose, my host from Casa Ultracell cooked me a delicious breakfast, even if it wasn’t included in the room rate. I enjoyed it on the terrace, while forcing myself to speak in Spanish. Noted: I don’t know Spanish but I come from a Latin country and I do understand easily all the other sister languages. Jose complimented my efforts and he understood most of what I was trying to say.

I had planed many things for this day so after breakfast I walked down the hill, all the way to Hotel Nacional, where I was meeting Petra and Norbert, an Austrian couple whom I got to know in Varadero. I read in my guide book that there is a free tour of Hotel Nacional and I really wanted to see the inside of the most iconic hotel of Havana. I almost booked a room here, before finding out that it would have taken a couple hundred pounds from my pocket.

The Hotel was beautiful and our guide, a tiny old lady, was amazing. She would speak English perfectly, underlining almost each word. She worked at the hotel for all her life. She told us that when the missile crises happened, she used to look at the war ships from the hotels’ gardens. I closed my eyes and tried to imagine her, as a young lady wearing her uniform, mingling around army officers and doing her job, while the sea was crowded with military vessels.

She took us to the rooms where Frank Sinatra and Luciano stayed in when the American Mob met in Cuba for a fake concert. Sinatra and Luciano never met in public but their rooms were connected to each other with a door that now has been covered with plasterboard. It was astonishing to be in their bedrooms and hear this fascinating story.

After the tour I met with Danny, our guide, for a chat over a pizza. A real pizza, I have to mention, totally different that the ones we kept eating on the side of the road while touring the country. 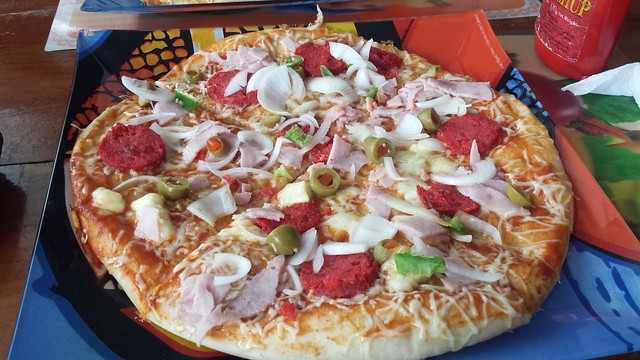 In the afternoon I went back by cab to old Havana to meet Lakshmi. The journey was very funny, with a driver that at the end invited me to spend the New Year’s with him. I refused politely and then quickly got inside Casa Habana, to meet my friend. We got ready for the evening and left the casa to find Petra and Norbert, but also my new Cuban friend, Eliner. We had dinner in a very touristy place, Cafe Paris, which I don’t recommend. The food was bland and the service very poor. We waited for ages to be served and an eternity for the bill to come.

After walking around Havana, trying to find a place where to celebrate the New Year, we decided to go to one of the fancy hotels from near the Capitolio and try out luck. Unfortunately Eliner was not allowed to get into any of them and we had to say goodbye to him. I felt sorry because he has been very kind to me and introduced me to the Cuban hospitality.

The New Year found us in Plaza Vieja, listening to that amazing live band that we discovered a few days before. We were not allowed to go inside the restaurant but the massive bouncer let us watch and even joked and took photos with us. It was great! At midnight, one (!) firework was launched and everybody started to sing western songs. People joined together dancing and singing, and the whole square looked now like a massive party. All over the streets, people were throwing water from their windows, which symbolizes the fresh start of a new year, without the worries of the one that passed. In the countryside people also build a human-size doll, which represents all the bad things that happened during the past year, and they set it on fire. I didn’t see any in Havana though. 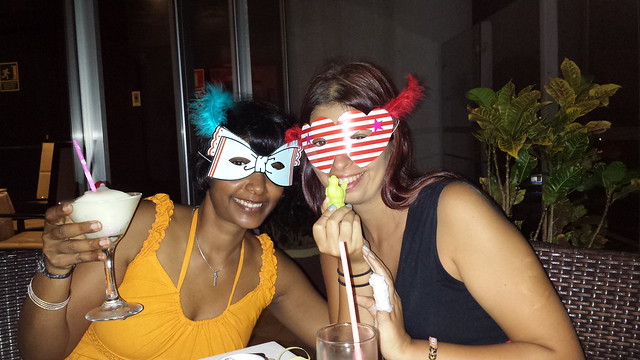 Unfortunately, after half an hour, all the bars and restaurants closed. We managed to find an open bar at one of the hotels near Piaza Vieja, to have a cocktail, but it was also deserted. So we texted Danny, who came after us and took us to his party, on a rooftop of a building in the old town. It was amazing, such a great way to start the new year!

But time passed by really fast, and before I know it, it was already 3am, the time for my taxi to pick me up for the airport. It was time to say goodbye to this beautiful welcoming country.

The way back home was very long, it took me over 48 hours since I left Havana until I reached London. I was so tired but I couldn’t sleep either. In snowy Toronto I met “my friend” from Air Canada who was so nice to me when I was denied boarding on the way to Havana. He recognized me and changed my seat to a better one, for the short connection in Frankfurt. On the transatlantic flight a woman fainted and collapsed on the floor for about half an hour, over the Atlantic. Luckily she recovered and there was no need for an emergency landing. In Milano I didn’t manage to talk to anyone from AlItalia about my luggage, but a really nice lady from the lost and found helped me and managed to track it down… in Havana. In Amsterdam, I flew back to London with KLM’s vintage airplane and I got by chance a seat by the emergency exit, which gave me so much leg space that even with my legs stretched completely, I couldn’t touch the seat in front. And then, London welcomed me back home with a cold, cold evening. 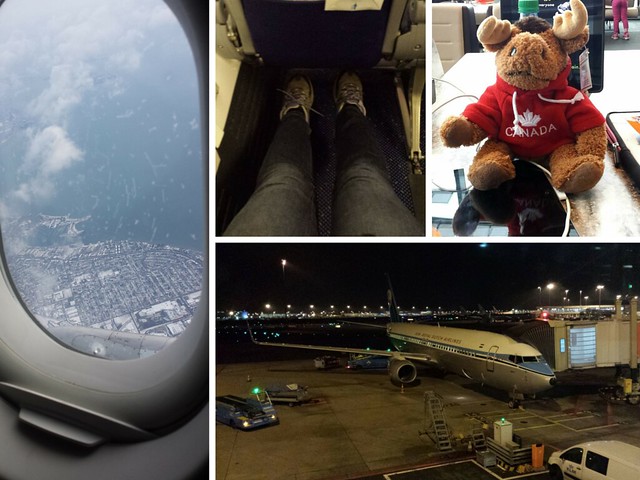 58 thoughts on “New Year’s in Havana”