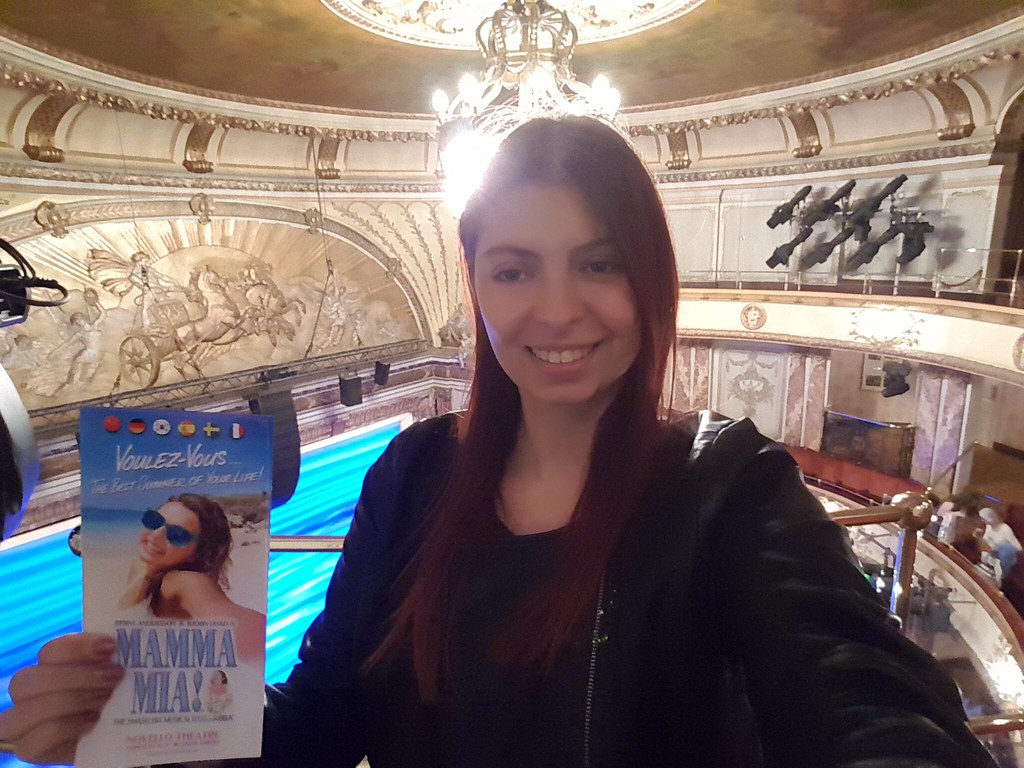 All my friends know that I am a massive Mamma Mia fan. I grew up with Abba through my father’s extended collection of tapes, even if I was born long after the band split up. I have waited with excitement the release of the first Mamma Mia movie and, to the date, I have seen it probably over 10 times, if not more. The last time was only a month ago, as I was returning from Vietnam, during my 14 hours flight. When the second movie was released, I was the first one to the cinema to watch it. I have travelled to Stockholm and seen the Abba Museum and it’s one of my wishes to attend the Mamma Mia! The Party, an amazing three course dinner experiences which comes to the O2 this autumn.

To me, Mamma Mia inspires happiness and joy. It’s that kind of a movie that makes me feel better, no matter what is happening in my life. When I moved to England and started to go to London very often, it was no brainer than one day I took two of my friends and went to see Mamma Mia, the musical. Did you know that the movie is based on the musical and not the other way around?

I bought my tickets online a couple of months before the show. You should know that even after 19 years, Mamma Mia is still a very popular show, so make sure you book your tickets in advance. I went to an afternoon performance because I didn’t find evening tickets for the day both me and my friends were in London in the same time.

I didn’t really know what to expect, as it was my first musical theatre experience ever. Sure, I have been to the theatre and to the opera before, but none quite compares to a musical. 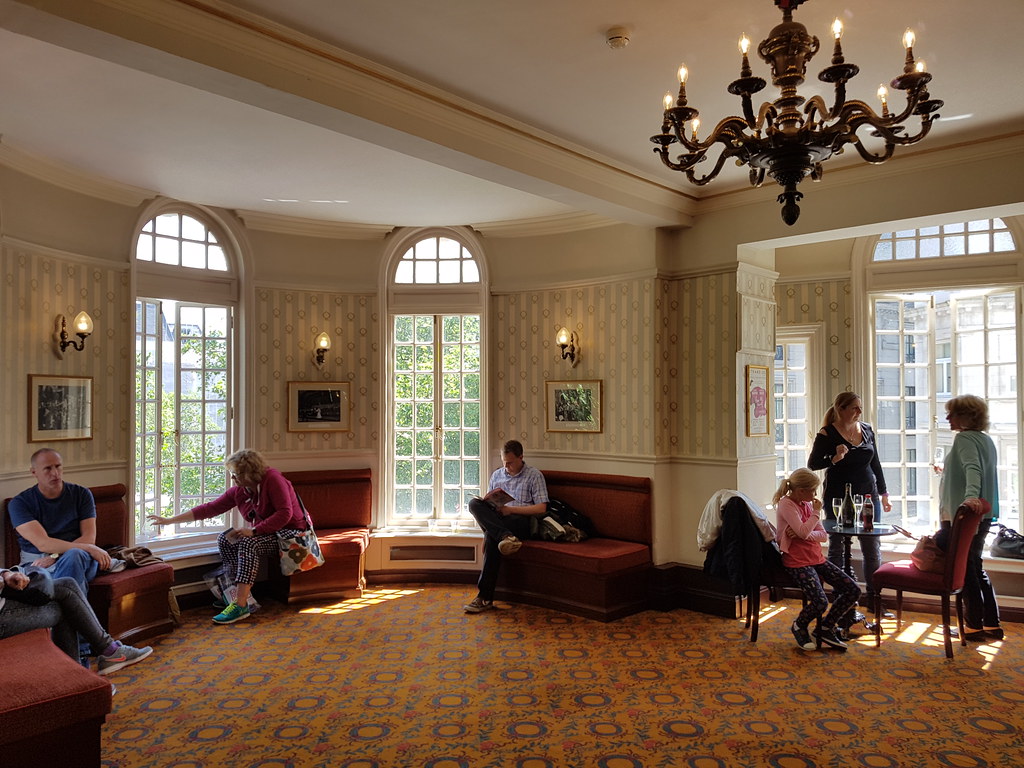 Mamma Mia plays at Novello Theatre, which is located at Aldwych, corner with Catherine street. The closest tube stations are Covent Garden, Temple and Charing Cross. The Novello Theatre, one of the most famous theaters in London, was built in 1905, which makes it 113 years old! It went through a major refurbishment in 2005, when its name also changed, previously being known as the Strand. The name Novello honours Ivor Novello, the popular Welsh composer and actor who lived in a flat above the theatre for 31 years. 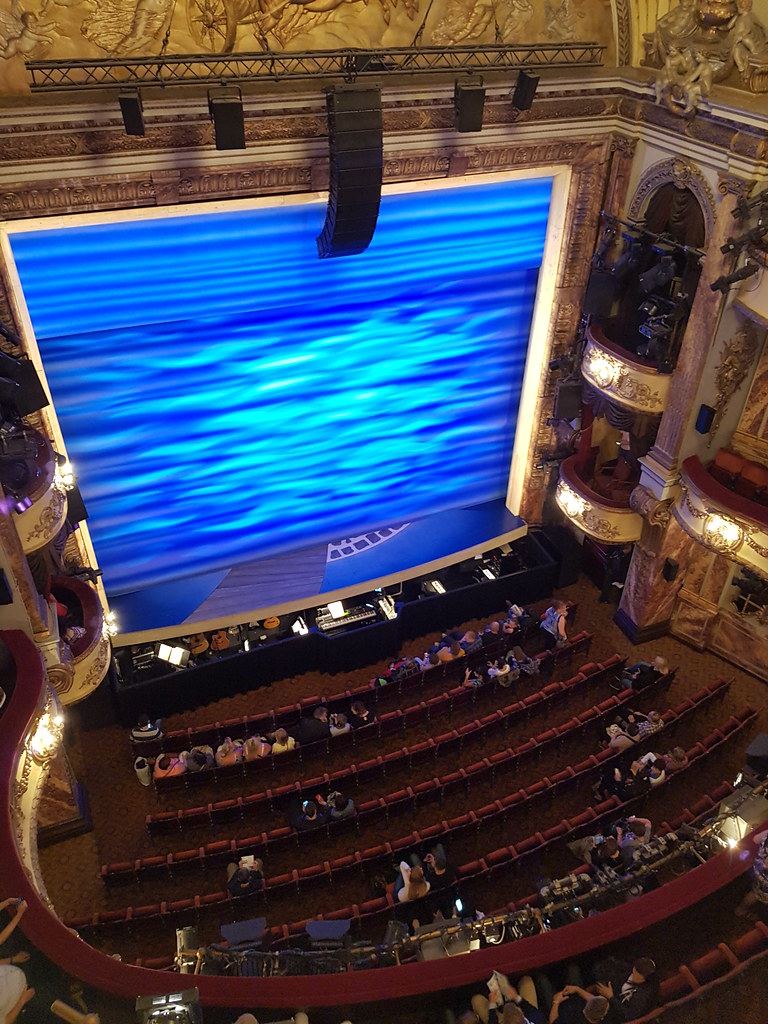 Mamma Mia debuted in the West End in 1999, at Prince Edward Theatre. In 2004 the play moved to Prince of Wales Theatre and since 2012 it plays at Novello Theatre. Since then, the play has toured the world, visiting over 50 countries on all 6 continents and being translated into 26 languages. So far, over 60 million people have seen the musical worldwide! In 2008, staring Meryl Streep and Amanda Siegfried, Mamma Mia was launched as a movie on the big screens.

Needless to mention how excited I was on the day of the show. I arrived at the theatre an hour before and collected my ticket. Then I got in and had a pre-theatre drink, in the vintage decorated bar from the first floor. I bought one of the cheapest tickets, so my seat was at the balcony. However, even if quite high, I still had a good view of the stage.

As the lights turned off, the murmur in the theatre stopped. The curtain lifted and there she was, Sophie, kissing the three letters before dropping them off in the post box.

If you don’t know the story, Sophie is Donna’s daughter and she is about to get married with the love if her life, Skye. Her biggest wish is for her father to give her a way to the altar. Unfortunately, she has never met her father. Reading her mother’s diary though, she finds out that she had three different flings with three different boys, about the same time she was conceived. Convinced that she will recognise her father when she will see him, Sophie sends a letter to each of the three men. Surprisingly, they all show up for the wedding and she is more confused than ever when she meets them.

The musical is not only vibrant and exciting, but it also takes Abba fans on a trip to the memory lane. The songs are integrated in the play thoughtfully, making sense in each act. The play is so much fun and even if you are not an Abba fan you will still enjoy the performance. It’s happy, it’s joyful, it’s a play that will leave you with a large smile on your face.

At the end of the show, all the people in the theatre were standing up, dancing and singing together with the actors. The musical was not playing on stage anymore but in the entire theatre, and everyone had been invited to join the “Dancing Queen” party!

Have you seen Mamma Mia the Musical in London’s West End? If so, tell me what you thought of it! If now, did I convince you to go watch it?

Disclaimer: Please note that this post has been written in collaboration with Encore Tickets. As always, all comments and opinions in this article are my own.