Riding in a dala dala in Tanzania is part of the local experience. It is an adventure that you need to do at least once to get used to if you are travelling to Tanzania on a budget. I went on quite a few dala dala rides during my three weeks in Tanzania, and by doing so I learned a little about the local life, something you won’t get to experience if you travel in a private car.

Firstly, I have to tell you that riding a dala dala in Tanzania is not the most hassle free and comfortable experience in the world. It is hot, loud, crowded and slow. But it’s part of the culture.

My first experience riding a dala dala in Tanzania was travelling from Arusha to Moshi. I considered myself quite lucky when I jumped onto an empty dala dala, choosing my own seat next to the window, and not having to share with anyone else. That was of course, until the back rows filled up, and the middle seat was grabbed from who knows where, and positioned in the space which until then, had been the passageway. Many people and things boarded the dala dala, including a woman with a new-born baby and two young children, numerous oversized fabric bags, some sacks filled with vegetables, and two live chickens. Whilst waiting to leave, about a dozen people passed by the window, trying to sell me bananas, biscuits, flip-flops, or watches. As there was no AC on the minibus, or any air circulation, and with a temperature of 30 degrees outside, the best I could do was pull the tiny, dirty curtain, over the window.

Most of the time you will probably be the only mzungu (foreigner) on the dala dala, which will create interest from some of the other passengers. If they speak English, this can be a great opportunity to learn about the local Tanzanian way of life.

What is a Dala Dala 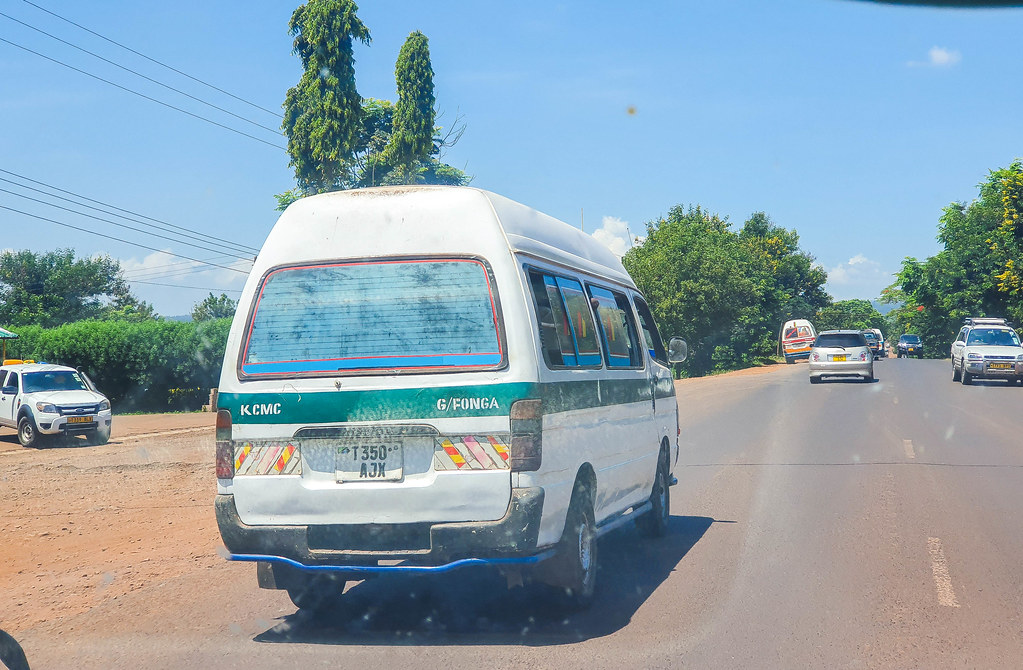 A dala dala is a van or small minibus, connecting to different parts of the towns in Tanzania.  The larger ones travel from city to city. They are pretty run down but are reliable, cheap, and run all the time. There is no real schedule for a dala dala, they usually leave the bus terminal when they are full. Dala dalas are beautifully decorated with paintings or slogans, and most of them have names. Some have their route painted on the bonnet. They always have loud music on, which is often rap and hip hop.

Public Transport Around Towns in Tanzania

A boda-boda is a motorbike taxi that operates within a town’s limits. I wouldn’t really recommend them, as the roads are not great and the ride can be quite bumpy. You need to negotiate a price with the driver beforehand, and it’s much better to pay with the exact change.

The tuk tuks are great for when you need to travel from one part of the city to another if you are on a budget and travel with friends. Same as with the boda boda, you will need to negotiate the price with the driver first. Even though they are small, a tuk tuk will usually take three to four people at a time.

The dala dala is a minibus that operates inside and outside the city. They are not the safest in the world as the buses are usually old and run down, with over 250K miles on the clock. They are cheap and reliable, but often overcrowded.

The most comfortable way of travelling in Tanzania is by private taxi, although it is also the most expensive. For example, a ride from Kilimanjaro Airport to Moshi costs between 30-50USD, depending on where you book. Usually, hostels have their own trusted drivers and it costs less than booking a taxi direct. They are very safe, comfortable, and reliable.

Where to Get a Dala Dala From 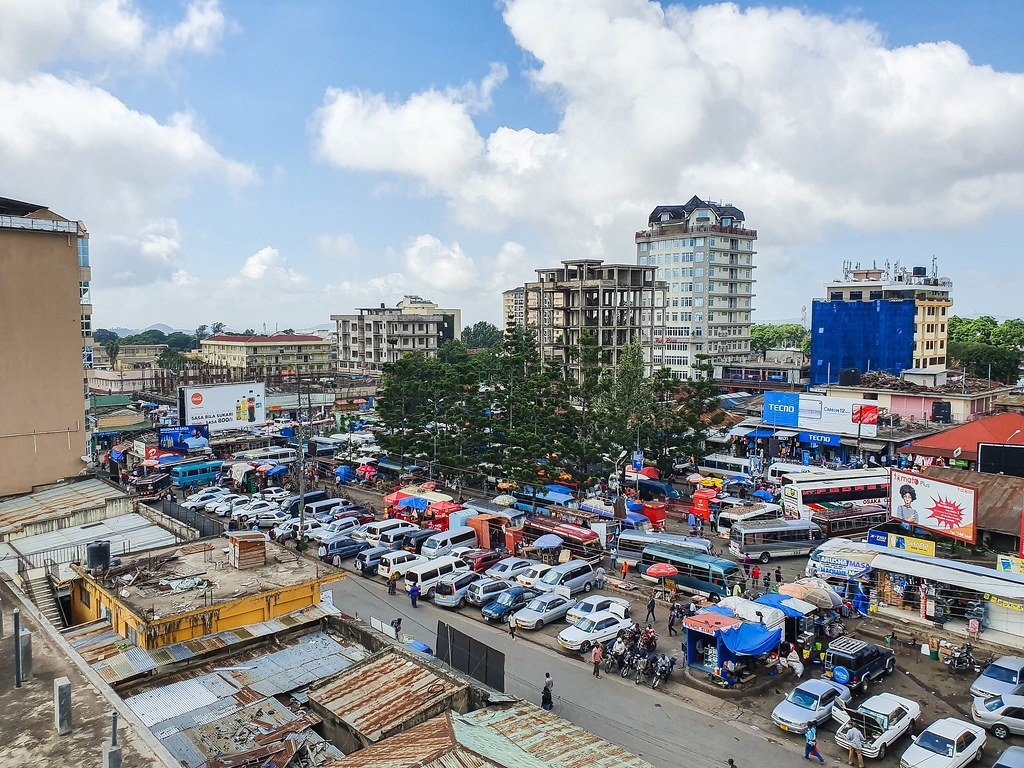 A dala dala will not leave the station until it is full – and when I say full, I mean a 14-seater bus with around 20 people squeezed inside. In order to guarantee a seat and avoid standing up, board the dala dala at the bus terminal.

Flag on the Street

Whilst you can flag down a dala dala on the street, unless you know a little Swahili, it will be hard to understand where it is going. Whilst dala dalas follow a fixed route, they can pretty much stop anywhere if there is a possibility of picking up another passenger, or if someone on board wants to get off.

How Much it Costs to Ride on a Dala Dala

The prices for a dala dala ride are fixed and depend on where you are going. The fees can range from a few hundred shillings for a ride within the town limits, to a couple of thousands for a longer ride, between cities.

To go from Arusha to Moshi for example, the price is 2,500 shillings (less than £1). The same journey by taxi for example, would be around 50 USD. Depending on how big your luggage is, you might also be charged for it. I usually travel light and only had one backpack with me, so I wasn’t charged any extra. On a couple of occasions, where the dala dala was tiny, the driver put my backpack on top of the bus, but most of the times I kept it on my lap.

Tips for Riding a Dala Dala in Tanzania:

Get on a Dala Dala at the Bus Terminal 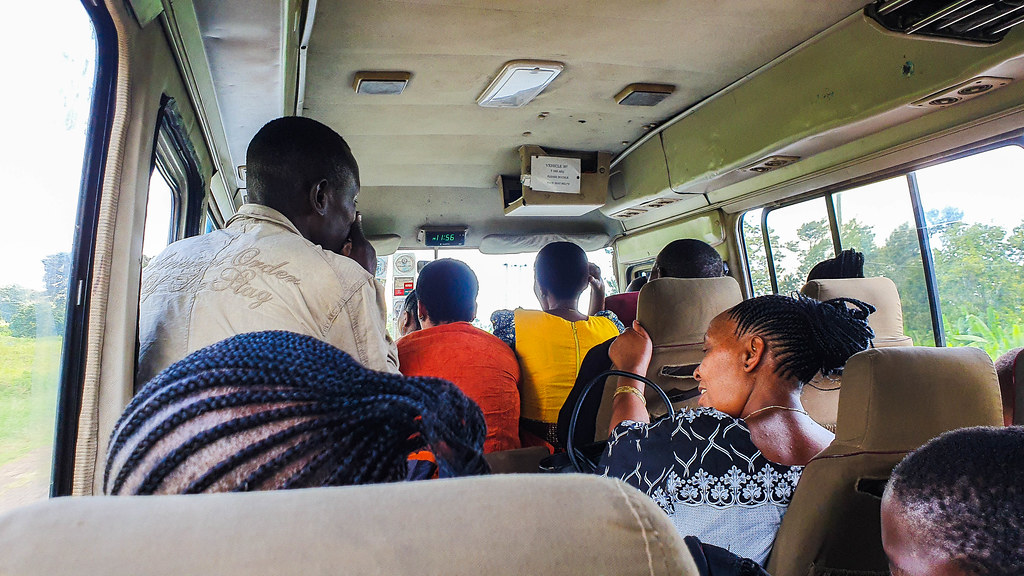 As mentioned before, dala dalas are extremely crowded. If there are four chairs on a row, you can be sure that six people will be squeezed onto them. By starting your journey at the bus terminal, you have the chance to get on an empty dala dala and choose a seat towards the front, by the window. The trick to getting a good seat in a dala dala is to wait until the rear seats are filled, because unless you get off at the last stop, it will be a nightmare to make your way to the front. Dala dalas only have doors at the front of the minibus. The front seat next to the driver is also up for grabs, but don’t think you will have it all to yourself.  About halfway through my journey back to Moshi from Lembeni, a lady and her baby joined me and my backpack on the front seat. It was quite a squeeze, haha.

Do Not Accept Help From Anyone

As you approach the bus station, there are many who will offer to take you to the right bus. If you accept their offer, they will ask you to pay them for their help and won’t give up until you give them money. I found that learning a few words in Swahili helped me a lot to politely decline their offer. Moshi and Arusha have large communities of volunteers who end up speaking a little Swahili after a few weeks working on different local projects. When you speak in Swahili, even just a few words such as “Hapana Asante” (no thank you), you will be more successful in making your own way to the right dala dala. A tourist who is in town just to go on a safari or to climb Kilimanjaro will not learn words in Swahili, or leave their comfort bubble, so when you speak the language some locals will think you are a volunteer and already know your way around, and will leave you alone.

The right people to ask if you are on the right dala dala are the drivers. They will let you know where they are going, and if it’s not your destination, they will point you to the dala dala that is going your way. 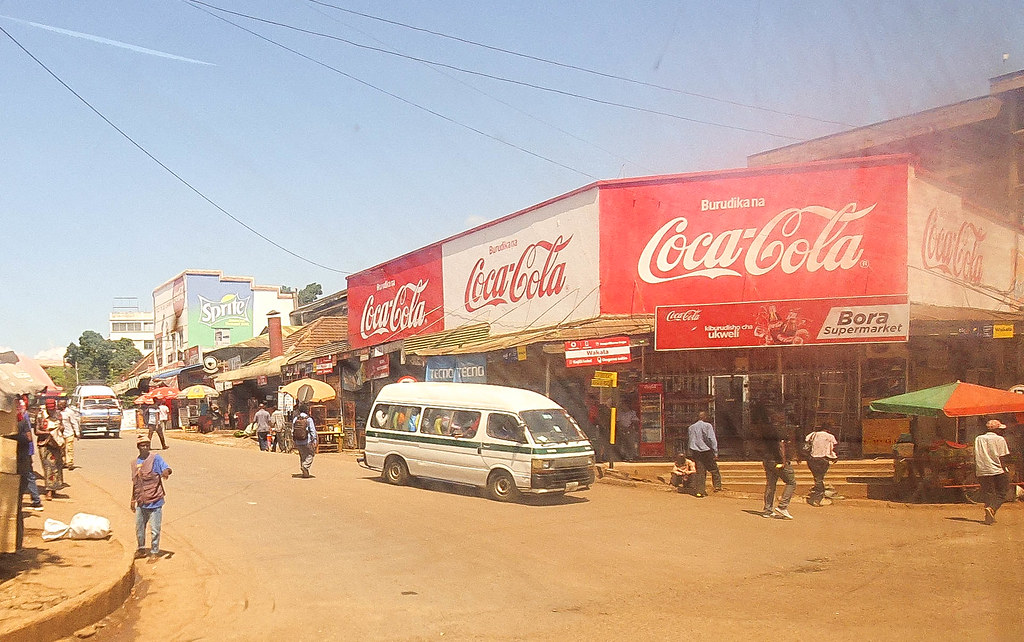 And also, never ask for the price beforehand, as everyone pays for their journey after the dala dala has left the bus terminal. Besides the driver, a dala dala will have another person in front who collects money during stops and helps with the luggage on top of the bus. After the bus leaves, he will make his way towards the back of the bus to collect the fees and issue paper tickets to the passengers. When it’s your turn to pay, simply give a 5000 shillings note (if you are traveling long distance, if not just look what other people are paying) and say your destination.  From what I observed, you might not get your change straight away, especially if you are among the first to pay. But no worries, you will get it before you get off.

Prepare to Shout “Shusha” When you Need to Get Off

Dala dalas don’t have fixed stops, so if you want to get off at a village (as I had to when I travelled to Lembeni for my homestay in Tanzania), you must let the driver know by shouting “Shusha”, especially if you are at the back of the bus and the music is loud – which is normally the case. Of course, I had no idea how long it would take to travel to the village, or where I would need to get off, but I chatted for a bit with my fellow passenger and he helped me to tell the driver. On other occasions, I followed the route on Google Maps, and shouted out when the pin reached my destination. It is very useful to have a local SIM card in Tanzania, especially to gain access to Google Maps at any time.

This is about all you need to know about travelling by dala dala in Tanzania. If you have any other questions, please feel free to ask in the comment section below and I will do my best to answer. Meanwhile, you might want to check my other articles on Tanzania, which will help planning your trip to the country much easier.